At its core, Weedcraft Inc is a business/tycoon simulation game with a focus on the cannabis industry. As the first game to be commissioned by Devolver Digital, Vile Monarch came through with a unique take on the video game genre. Beneath the surface, Weedcraft Inc is a solid business/tycoon simulation game that attempts to blend some contemporary “management” mechanics with classic ones.

Weedcraft Inc comes with two scenarios that act as the narratives, one that acts as a sort of tutorial and the other a bit more advanced. The first scenario puts you in the role of an MBA dropout who returns home and begins his cannabis selling experience with his brother. The other scenario places players in the role of a released ex-convict who gets a job in the cannabis industry with the help of a friend. The scenarios are not particularly strong narratives but do a good enough job in getting players acclimated to the game. Unfortunately, there is no scenario-free mode currently. 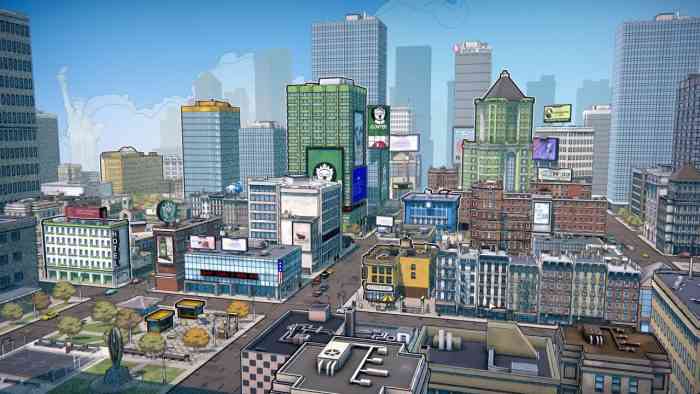 As the scenarios begin, players are slowly given the keys to the kingdom. Players are taught how to grow their products, sell them, and then adjust the growing conditions to improve product quality. From there, pricing, renting space for various purposes, and hiring your first employees are all part of the program. Taking a step back though, growing your inventory is a bit of an arduous process akin to what one might expect from a clicker title, though with more hands-on gameplay with mechanisms such as timing involved. In order to speed up or attain the highest quality product, the clicking (or clicking, holding, and releasing at a certain point) of icons will be required. At a certain point, you can hire employees that will automate this process, albeit less efficiently than you would be able to do yourself.

Like an actual business, the early parts of the business are the most difficult. Aside from the quality of your product, managing rent, employees, the competition, and maintaining a low profile all play a part within the game. In the early parts, it can be tempting to rapidly improve your business, but expanding too fast can lead to bankruptcy quite quickly, a fact that I discovered early into my first run. Overall, the tycoon/simulation aspect of the game is up to par, though a bit more complex than I would have expected. Aside from the actual business activities in the game, skill trees are also present which can make significant differences.

The game’s art and music design were decent, but not great. The character models in the game were in a semi-caricature style which was relatively decent, though some were quite unflattering for certain depictions. The overworld view of the various locations was well done though, with a sort of A Scanner Darkly feel to them. As for the audio of the game, the tunes were relatively catchy but otherwise did not stand out much.

Weedcraft Inc, beneath its subject matter, is a decent tycoon-styled management simulator. Despite that, the game was not particularly fun besides the usual attempt to min-max your business as best as possible. The clicker-like features also did little to add to the overall genre despite its initial novelty. Fans of either the subject matter or the genre may find value in the game, but for those who rarely venture into the genre, the game may not be the best introduction to it.