Fighting with a sword in the modern era is a ridiculous concept. Without exemplary skill, lightning speed, and extraordinary luck, you’re guaranteed to meet a messy end. Katana Zero perfectly captures this very specific sentiment while still making you feel like an absolute badass. In spite of the bleak odds and brutal conditions, your nameless avatar can pull off some pretty incredible moves. All of this was more or less as I anticipated. What shocked me was all the madness threaded through every section of the story. Who knew time manipulation came with such drastic consequences?

Your story is broken up into savage battles, peaceful reflection, and regular therapy sessions. I’m not going to dig too much into the narrative here. There’s so much that can be spoiled, it’s really better to see it for yourself. With that in mind, I was blown away by what I saw. This is a cyberpunk samurai story with a relentless pace and an unflinching gaze at the horrors of battle. Plus, there’s a heavy dose of that madness I’m ever so fond of. Turns out I like my characters spiced up with a little crazy.

So Glad For The Madness

Speaking of crazy, the combat in Katana Zero is often too fast for your eyes to follow. You rush in, quickdraw your sword, and someone ends up dead. Hopefully it’s not you! For the first little while every victory feels like blind luck, but you get the rhythm of certain enemies soon enough. Eventually I got so fast at a given stage I could almost do it blindfolded. Well, the first three quarters of a stage. The further in you go, the more you lean on good fortune and quick-bitten nails. The moveset is very limited, but you’re given a lot of room to experiment within those hardened boundaries. 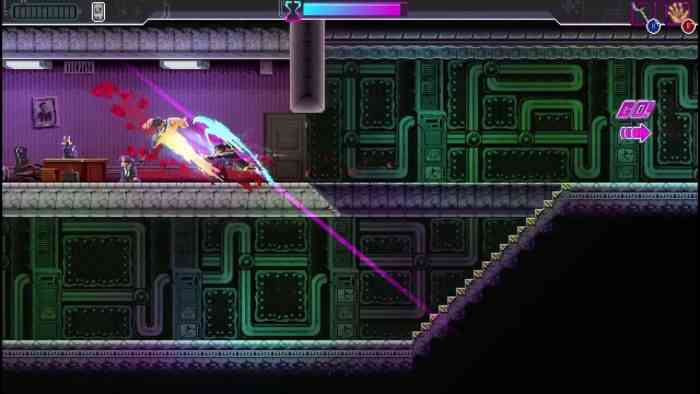 For every new ability you’re given, there are countless ways to use it. Sword slashes can reflect bullets, thrown items can bring down sentries, and dodge rolls can change almost any battle’s outcome in your favor. One of my favorite ‘ah ha’ moments came when I knocked a sentry down into a cluster of exploding barrels, slowing down time just long enough to leap back onto the ledge I’d just left. In a second and a half, I’d cleared an entire floor of enemies. It was majestic. These flashes of genius only come after some grueling practice, however.

Death becomes a trusted friend in short order. Not only are you sharpening your skills with every attempt, but the constant resets and time jumps worm their way into the actual narrative. Your uncanny ability to survive impossible clashes is baked right into the story. Between the death, the ever-rising tension, and the creeping madness, I was tightened up like a steel spring the entire time. Every new challenge brought a dizzying cocktail of elation, anger, and fear. Only once in a rare while did this balance collapse into frustration and grief.

No Minutes To Rest

Even the most basic opponents can get you with a good hit that derails your entire run through a stage. There are few, if any, patterns you can rely on in battle. Every single enemy must be approached with the same murderous clarity. I was never bored, but I was occasionally overwhelmed. To that end, if your focus dips, it’s all too easy to spend thirty attempts on the same section. Successive stages required ever greater levels of focus to survive. Once I got far enough in the game, I couldn’t play more than an hour at a time without cooking my synapses in adrenaline.

In a cruel bit of bait and switch, the story sections call for calm, measured button inputs. If you try and rush your way through conversations, you can actually change their outcome. Too many rude or hurried responses can alter what happens next. The whiplash juxtaposition between action and story scenes makes a major contribution to your overall emotional state when playing Katana Zero. Although certain events are always going to occur, others depend on your decisions. Again, I feel obligated to  leave you in the dark. Even the minor story interactions are best experienced firsthand.

I would be remiss in glossing over the aesthetic. Katana Zero is bursting with retro-futuristic cyberpunk style, but it’s more than that. Your actions, abilities, and the story itself are all tied to the style at work. When you reset after a gruesome death, you’re rewinding a VHS tape to the desired point. The dialogue text is color-coded to reflect moods and intoxication levels. When you slip into slow motion, the soundtrack lurches to a stretched out halt. You start every stage by turning on a Walkman. Said music is a perfect blend of neon techno and sinister ambiance. The very bones of this game are drenched in style, set to glow, hum, and shiver with each step.

Immersion, in this case, is almost involuntary. To play is to be absorbed in the violent rhythms and the savage beauty. To play is also to be wound up like a rusted coil, acid flooding your guts with every sudden failure. I’m rarely swung so heavy between elation and pain in so short a time. The challenge is undeniable. There were so many moments where I was convinced I could go no further, only to stumble into success. Your focus can’t let up, yet you’re sucked in at every turn by the brutal glamour on display. The cycle of soaring victory and crushing defeat pulls you ahead, blind to your deepening exhaustion. Katana Zero kicked me into a bloody pulp, but I’m compelled to continue regardless. If not for the challenge, then for my raw hunger to soak in every scrap of this exceptional story. Don’t sleep on this one, friends. 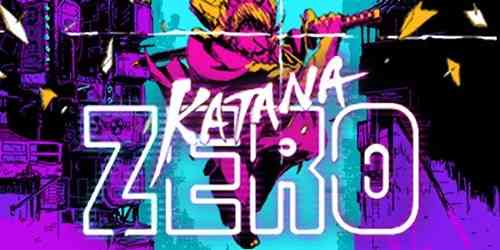