Wargroove Review – Get Your Groove On With This Indie Gem

It’s hard to believe that Wargroove is finally here. Back at E3 2017, the uniquely styled strategy game immediately caught the eye of many, as it appeared to be filling a void left by a noted franchise for Nintendo in Advance Wars. Fast forward through two years and copious developer blog entries, and we have what is arguably a superbly crafted progression of the turn-based strategy style of gameplay that hadn’t really been done before. Chucklefish loved it so much that they took it a step further, putting their own spin on this genre with Wargroove. Those two plus years may have been tough to wait through, but you can stop holding your breath on this one, as Wargroove is not only worth the wait but a strong addition to the strategy genre as a whole.

Wargroove is absolutely stuffed with content. There’s a 30+ mission campaign, dotted with side-missions and unlockable secrets along the way. There is the somewhat randomized Arcade Mode which pits you in back to back matches against 5 of the other games various commanders, and there’s also Puzzle mode which provides you with a number of scenarios you must successfully complete in one turn.  Needless to say, while Wargroove is clearly going to be a solid multiplayer title thanks to its robust suite of features, it’s also got plenty of single player content as well, if that’s more your jam. The plot admittedly comes off a little generic, but it progresses well enough that I was never really bored with it, and it has a few twists to help keep you on your toes. I will say that Wargroove does an excellent job at pacing its tutorial, and seeing as it had been so long since I had played a strategy game in this vein, I welcomed the refresher.

I found myself surprised that some of the earlier missions felt quite long, thanks partially to me begin careful, but also to the challenge. Your units are largely expendable, save for your commander you play as in each mission, but sometimes you may have finite resources so you need to be careful with how you use them. Don’t go casting your units into the fray with reckless abandon though because Wargroove definitely isn’t afraid to punish a bad play. Thankfully, it isn’t overly sadistic as Wargroove’s mechanics are carefully balanced. Your overall rating and success in each mission is largely on you. These end of mission ratings also go towards unlocking the bevy of concept art the game has to offer, but Wargroove also contains a jukebox that populates itself with items from the soundtrack as you come across each memorable tune. There is also a Codex that is absolutely packed with information about the game. Mechanics, match-ups, lore, etc, you’ll find it all in there, and It’s a very welcome addition that shows Chucklefish really went above and beyond with this title.

Across lush forests, frozen wastelands and sizzling deserts, you’ll engage in battle, taking turns chipping away at each other while paying attention to unit match-ups (Spearmen beat cavalry, for example) and terrain bonuses (or lack thereof), but Wargroove takes the strategy a little further in a welcome direction. Each unit has its own unique ability that activates based on fulfilling certain criteria. For example, archers will gain a guaranteed critical hit if they remain standing in the same spot, but if they move, they’ll lose out on that bonus damage. Your spearmen also perform better when engaging in attacks next to other spearmen, and your swordsmen will be stronger if they’re positioned next to your Commander before they attack. None of these mechanics felt excessively powerful, but I did pay careful mind to try and take advantage of each unique ability when I could due to how useful they are. Skewing the turn-based style of gameplay even further, your commander will be on the battlefield with your units in each mission, serving as a powerful leader that is meant to take risks and turn the tides when needed. The sounds of battle are also very pleasing, with attacks landing with satisfying thunks and thwacks, and between the excellent music and these sounds of battle, you’ll get sucked right into Wargroove’s skirmishes quite easily.

While I was initially disappointed in the lack of unit bonuses depending on the commander I was using, I soon found that this was by design, thanks to the active role commanders serve. This also bodes well for Multiplayer, as the focus is on how well you use your commander, and how your tactics play out, rather than picking a strategy to cheese with. If your commander bites the big one, you’ll fail, so you’ll need to be careful with them. Each command has a unique ability called a Groove, and these are what really help set them apart from each other. These grooves are all unique, and can easily turn a bad outcome into a favourable one if used at the right time. Be it Caesar’s Inspire, which allows units to move again, or Ragna’s damaging dive-bomb that throws her right into the fray, each Groove feels useful in its own way, and you’ll likely find a commander that best suits your style of play. You’ll have plenty of time to get familiar with each commander as well, not only in the single player modes but also in what is arguably one of the biggest aspects of the game, the multiplayer. 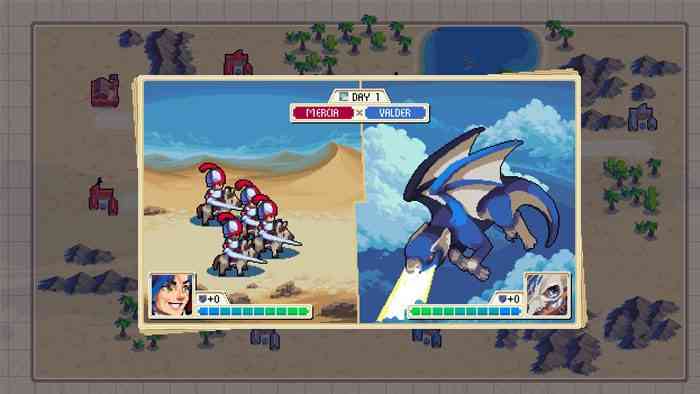 Much like its inspirations, Wargroove features a variety of ways to go about multiplayer. You can take part in matches in real-time, anywhere from 2 to 4 player skirmishes, and you can also make use of asynchronous play, which is a sorely underrated feature. This asynchronous multiplayer also matches up excellently with the Switch due to the nature of the platform itself. That is also just the tip of the iceberg in regards to multiplayer content, as there is also the map and campaign editors, promising for both shared maps, as well as full on stories. Chucklefish notes they used this same engine when crafting the story, so it remains to be seen if people can truly crank out a campaign the scale of the initial offering, but it’s an exciting prospect either way. These custom maps and campaigns will be able to be played as well across any platform, which if it pans out as one would expect, will give Wargroove an immense amount of staying power. I didn’t mess around too much in the campaign editor myself, but the options are quite detailed, and for those willing to sink the time into learning how it works, they’ll be able to create their own stories that can be shared with others for them to experience, which is insanely cool in its own right.

It’s been a long time coming, but between the metric ton of single-player content, potent multiplayer, and overall polish, it’s clear that there’s a reason Wargroove was so highly anticipated. I’m a sucker for Advance Wars myself, and while that hole that Intelligent Systems has left behind is big, Chucklefish and Wargroove make a very strong case for filling that void themselves. For those who are eager for a new turn-based tactics game that succeeds at trying something new, or for those who have been keeping an eye on this game like I have over the past few years, Wargroove is immensely satisfying and certainly doesn’t seem to be going anywhere any time soon. 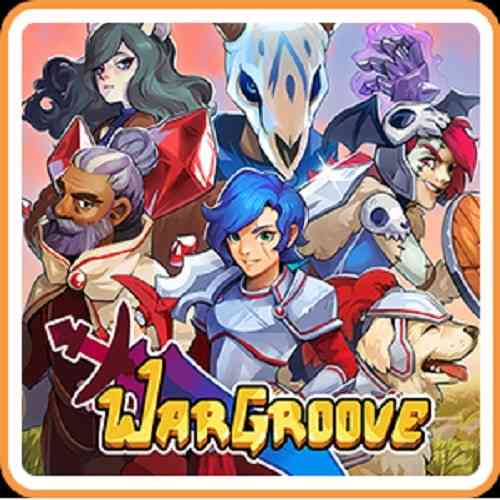