The weather is changing just as the scene morphs before your very eyes. You’re strolling down a deserted street, and then suddenly a giant hand grabs you and pull you into another dimension entirely. Unknown Fate, a very story-driven action adventure title, tries it’s very best to be unique and it certainly looks interesting in the trailers but is it actually as exciting as it looks?

In Unknown Fate, you’ll play as Richard, the story’s protagonist who is pulled into an entirely different world without even a smidge of knowledge of who he used to be. With no memories to guide him, he wanders through this other world, occasionally being thrown into yet another world, of which I’ll call the dream world. Here is where he learns more about himself, and from the very beginning of his life, he is shown what he’s since forgotten. The majority of your time is spent in this other dimensional world and every so often you’ll find yourself reliving memories in this black and white dream world. It makes it a bit difficult to really piece together the overarching narrative here and even at the end of the game, you’ll still probably be a bit confused. The game is only a few hours long, which is disappointing because the narrative is definitely undercooked and it would have been hugely beneficial to have had a bit more game to play so that more of an explanation could have been provided by the end.

With that said, Unknown Fate really fails to draw you in through its narrative and overall lack of interactive gameplay. You basically walk around the world, taking in this other dimension, confused as hell, when suddenly you come across stones and random objects that you need to interact with. At some point at the beginning of the story, you’ll have picked up what everyone in the game calls the artifact, which will help you move pieces to create bridges and walkways, as well as defeat enemies. Besides the occasional enemy interaction and the movement of objects the large majority of gameplay is just looking around and finding your way to the next memory. In fact, though it’s supposed to be a game full of puzzles there aren’t really many to be found. The extent of the puzzles are figuring out which objects need to be moved or which abilities should be used at one point or another. It is quite enjoyable, however, especially later on in the game, to be able manipulate the platforms you walk on. In this way the world design is bang on. Unfortunately, Unknown Fate plays more like a calculated series of events rather than an actual journey or adventure, which is rather disheartening.

Though the potential of having some good old combat sequences with the enemies is there, the combat system within Unknown Fate is largely underwhelming. Instead of squaring off with one or more adversaries in a battle of any kind, you can simply stun and kill them with your artifact before they even get that close. This is a missed opportunity to inject some fun into a game that lacks it in many areas. Of course, that’s not to say that you can’t make your own fun by exploring different areas of the world or running off of cliffs on purpose, but there’s no real pull to carry on with the story. There’s also zero consequences to dying so why not have fun screwing around in between dream sequences? 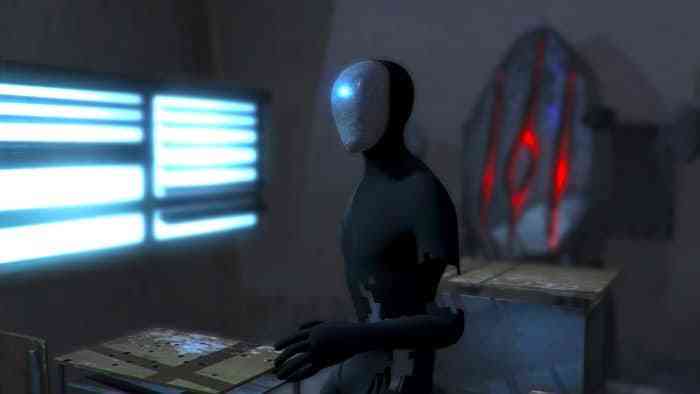 Now there’s totally a creepy vibe to the entire game that fits well with its story and the graphics, though unpolished, lend credence to the story of Richard trying to rediscover who he is. The worlds, both the dream one and the other dimension, are scattered with random objects and the manipulation of items within the world is a nice touch. Overall the design of this other dimensional world works well with the story. The dream world, on the other hand, is black and white and becomes blurry the more you try to look around. While I’m all for symbolism within a game, this effect really comes across as frustrating more than anything else. While the graphics seem to suffer from an identity crisis, much like much of the entire game, the soundtrack of Unknown Fate is enjoyable the whole way through. It’s creepy and goes well with what we’re actually seeing in the worlds before us. Sure, there isn’t a whole lot of variety in the eerie tracks played the sound manages to give off a strong climactic and spooky tone from beginning to end. And while the soundtrack and overall sound is great, the voice acting is subpar at best. Thankfully there are subtitles so it’s possible turn down the volume during moments of character interaction without missing out on what’s happening.

Despite its potential Unknown Fate falters at almost every step during the entire adventure. Not only are the ideas of both the narrative and combat experiences not well executed, but the game seems to struggle with an identity crisis. It appears the developers were trying so hard to make environmental interaction a top priority that they forgot to pay attention to the other aspects of the game. Had they delved deeper into Richard’s story with a longer game, and slapped some much-needed polish on the graphics, voice acting and combat, this could’ve been a completely different and exponentially more enjoyable experience. That’s not to say it’s all bad however as they nailed the tone of the game, the soundtrack is great and the object manipulation is pretty satisfying. 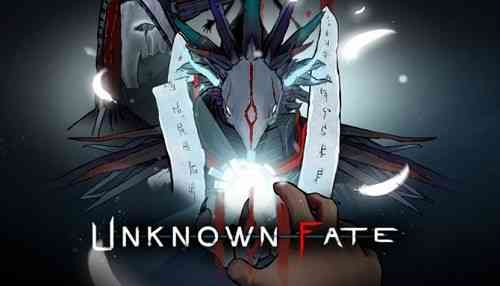