There’s Gold in Them Hills

Thanks to titles like Hades and UnderMine, I’m starting to get concerned about how many hours I’m losing to roguelikes. The way in which these two games masterfully meld rewarding combat with an addicting loot/upgrade/death cycle has me hooked worse than DiCaprio in Basketball Diaries. With Hades, I was living in Tartarus. Everything I did became secondary to getting back to Zagreus and his attempt to break free of his father’s shackles. Needless to say, this was a tough habit to topple. 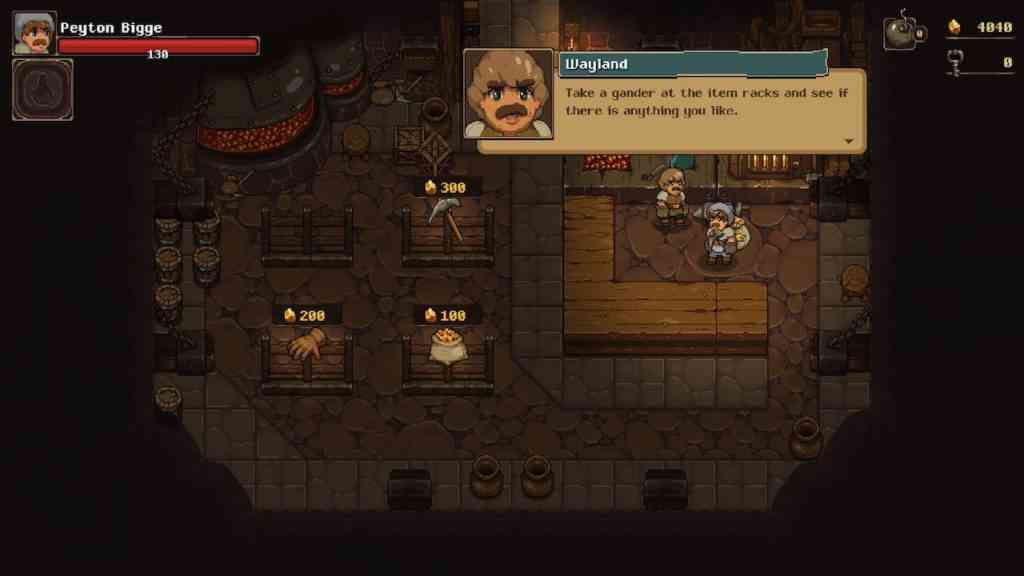 In fact, I’m not sure if I ever did fully get on the wagon. Eventually, my time in the underworld came to an end, yes. But I still craved more of what this genre had to offer. I realized that I had just finished playing what is arguably the pinnacle of roguelikes, and I knew the journey to find my next mojo pin would be arduous. I won’t lie – even after telling myself to lower my expectations, I still found myself chasing that beautiful Olympian dragon.

When I first saw UnderMine, the latest from developer Thorium, I knew it was to be the steady hand that settles my shakes. And now, after a dozen or so hours spent way down in the mine, I’m not coming back up. The wagon left me behind a long time ago.

UnderMine doesn’t stray far from the path carved by giants of the roguelike genre. Much of what you find within its depths will seem almost comically routine at this point. I’m not yet convinced that the story is good, as narrative bits come few and far between. But the writers at least make this age-old tale of a hero defeating an evil force and saving the world intriguing enough to keep me invested. Your character will progress through room after room, knocking heads and collecting upgrades. When you die, you’ll return to your hub, now able to utilize the resources collected to improve your character further. It’s a tried-and-true formula, no doubt, but sift through any game store’s collection of roguelikes, and you’ll find that the execution more often than not misses the mark. UnderMine, on the other hand, hones in with laser-precision and strikes gold.

A Diamond’s Nothing But a Rock With a Name

Everything that there is to excavate in UnderMine is certifiably exciting. Character enhancments, such as an increase to your throwing distance or a stronger pickaxe, are dolled out at a pace that keeps you engaged and never frustrated. Potions and blessings act as temporary and permanent bonuses, respectively, and far too frequently, I’ve had to squeeze “just one more run” in after acquiring a new one. Falling into pits was a problem until I brewed a concoction that allowed me to walk on air. Incoming projectiles were the bane of my existence before being blessed with the ability to deflect them back at my attacker. And seeing my sack of gold split open, raining its contents upon those greedy green slimes, was salt in a gaping wound. The solution to this sack snag being, of course, a much larger, sturdier sack. The only conundrum with having so many useful upgrades is found in the ten minutes you’ll spend pondering where to spend your hard-earned riches. 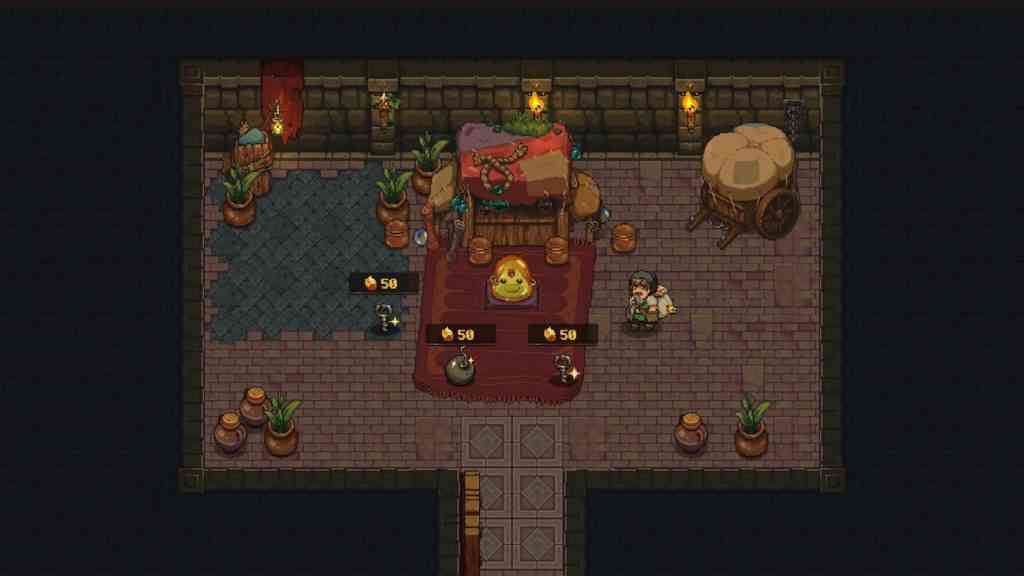 Don’t fret if you’re concerned about picking one thing over another – there’s plenty of income to go around. In addition to clearing rooms of enemies that range from standard spooky skeletons to necromancers, trolls, knights, and vicious droplets of water, you’ll also be scouring for the aforementioned gold. You’ll need to blow through walls, smash rocks, and crush your opponents to find it. It sounds run-of-the-mill, but the brilliance comes from Thorium’s mastery in making every action – and reaction – feel incredibly satisfying. Shiny nuggets fly from nooks and land with a soothing clink. Laying bombs and blasting your way through a room will make you feel like you’ve gone to war. Baddies will wither, crunch, and billow upon taking their final blow in such a fulfilling way that even after all of my runs, I’m still having fun rompin’ and stompin’ through the first few floors. UnderMine oozes quality. It isn’t perfect, but the vast majority of what I’ve seen so far needs no refinement.

I’d be remiss if I didn’t mention a few nagging issues that follow UnderMine around like our protagonist’s canary. All the controls can be remapped, except for the plus and minus buttons. Minus takes you to the character screen, where you’ll access inventory information, the bestiary, companion info, and much more. With how often I was popping into the menu, it would have been nice to move this. In addition, the adjustments that I was able to make would revert to their original whenever I closed the game.

Additionally, item information can be frustratingly vague. There’s lots of stuff to uncover here, and I found it a drag to have to stop and refer to a guide every second or third item I came across. I understand the unknown is part of the fun, but if I’m rolling deep with 15 grand on my back, I’m not about to risk it on something not conducive to my run. 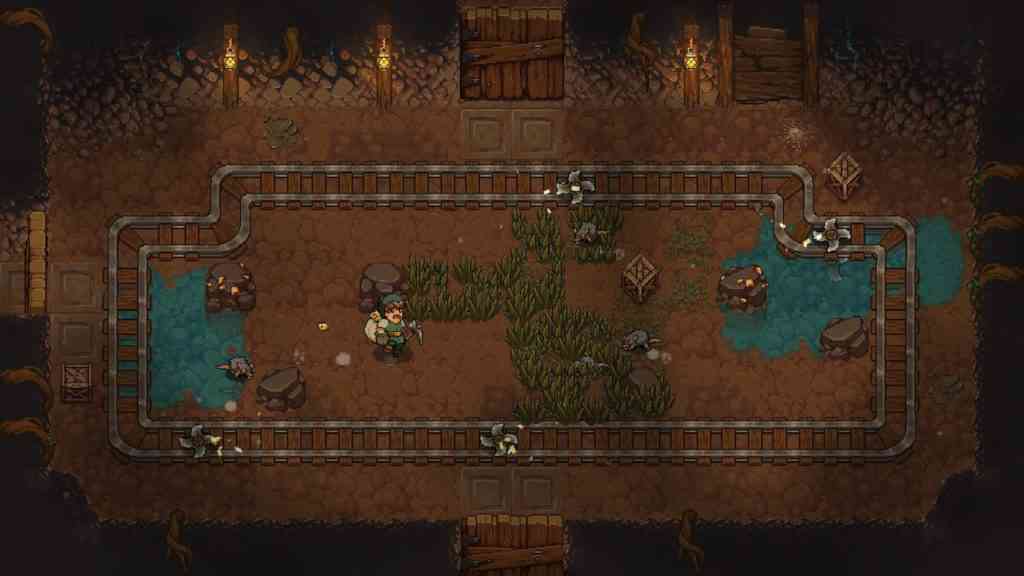 The worst part is, UnderMine suffers from balancing issues that like to rear their ugly head at severely inopportune times. Most rooms feel as if they nail the balance between accessible and difficult. But, eventually, you’ll come across a room that destroys you – a room that leaves you tearfully lamenting your lost capital. Is it fair to jump from a room of a few bats to a room packed with some of the biggest, meanest enemies the game has to offer? Probably not, but on the flip side, this is much less of a worry after beefing up your abilities.

Besides, none of this really matters. These are all tiny gripes that only stand out because everything else is so damn good.

A Long, Long, Way Down

There isn’t much more that needs to be said about Thorium’s UnderMine. I don’t care if you’re a fan of roguelikes or if you hate them – this is one of the easiest recommendations I’ve made. There’s a ton here to keep you busy, and the subject matter and setting seamlessly lend themselves to DLC. Given the response UnderMine has received so far, I wouldn’t be surprised to hear of more content coming along sooner than later. Now, excuse me, I’ve gotta get back to work. 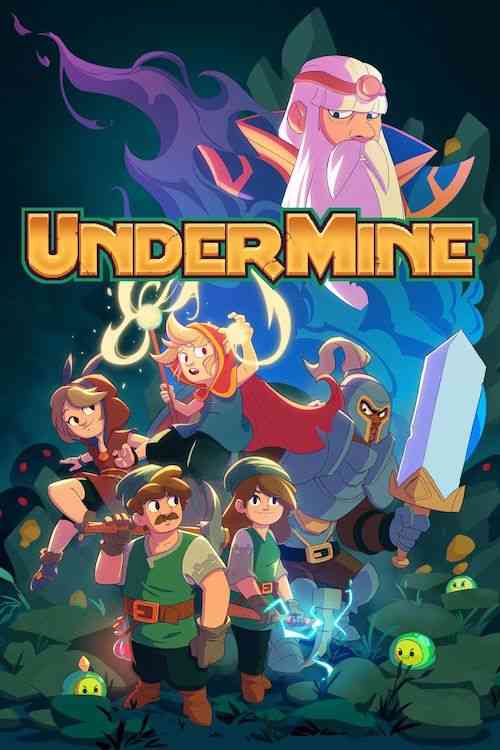