It must be challenging to run a university. Between admission bribery scandals, controversy over curriculum, prima donna athletes, and fiscal survival there’s no end to the potential problems. Happily, none of those real-world issues make their way into Two Point Campus. This gentle parody of college life replaces conflict with humor.

Two Point Campus is a building/economic sim from the same developer as Two Point Hospital. It shares the same sense of absurd silliness and sense of fun as its medical-themed cousin. At the same time, Two Campus is a pleasantly satisfying building sim, minus some of the fussy complications of more hardcore builders. Two Point Campus substitutes puns for punishment.

The game’s campaign functions as an extended tutorial and preparation for the sandbox mode. It presents the player with a series of relatively small tasks, dripped out at a reasonable pace. You begin with a small plot of land. You add a science lab, hire a teacher, and open the doors to your freshman class. Pretty soon, you’re building dorms, libraries, shower rooms, and restrooms. You add additional teachers, assistants, and maintenance people. As in any building sim, your task is expansion, so you co-opt more land and keep building.

Each of your students and staff are specific individuals and you need to track their various physical, social, and emotional needs. Satisfying their wants and needs is the key to unlocking new classes, buildings, and enrichment items. Are they hungry? Plop in some vending machines or a cafeteria. They need someplace to sleep, so give them dorms. You get the idea. Like college life, Two Point Campus is played out over several years’ worth of seasons until graduation. 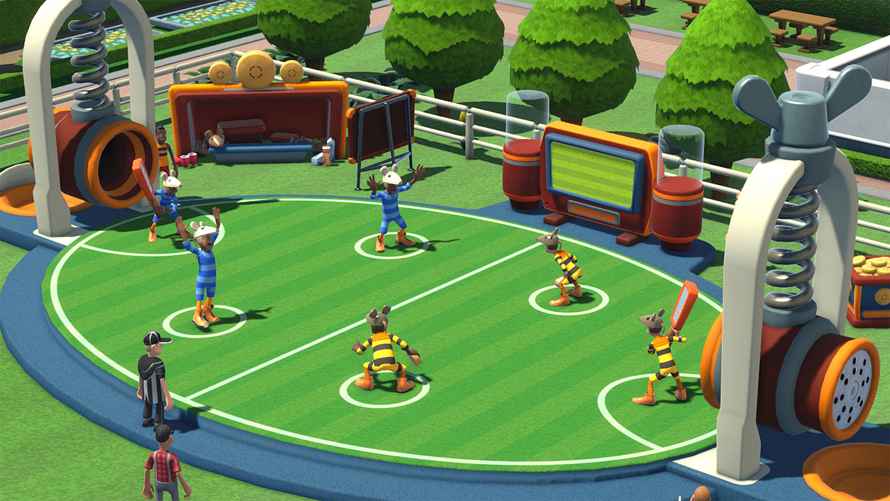 Two Point Campus’ economic loop is forgiving. The better your students’ grades and the longer they stay in school, the more money you make. This unlocks your ability to build and upgrade the campus, which in turn raises the academic scores. I’m not sure I ever ran out of money. The pace of the game almost guarantees funds will be adequate.

While Two Point Campus has a solid premise based on the structure of real-world colleges, the game never aspires to realism. Each dorm bed sleeps up to five students. Want to put picture windows in the shower rooms? No problem. The courses you can offer are fun twists on actual academic endeavors, but there are silly additions like Knight School and Clown College, plus a little Hogwarts-ian magic thrown in.

The results are that your campus has a truly diverse population of students. In addition to the usual preppies, jocks, and goths, your classes will be full of knights in armor, clowns, and wizards. Forget football. How about competitive jousting? The professors are likewise quirky and eccentric teachers. If there’s a college cliché, it’s probably made fun of somewhere in the game.

Although it eschews anything like explicit sexual content, Two Point Campus doesn’t ignore the social and emotional needs of its students. They form friendships and deep relationships and giving them outlets for entertainment, socializing, and guidance will usher them – and your college – to success. You know, in the School of Life. 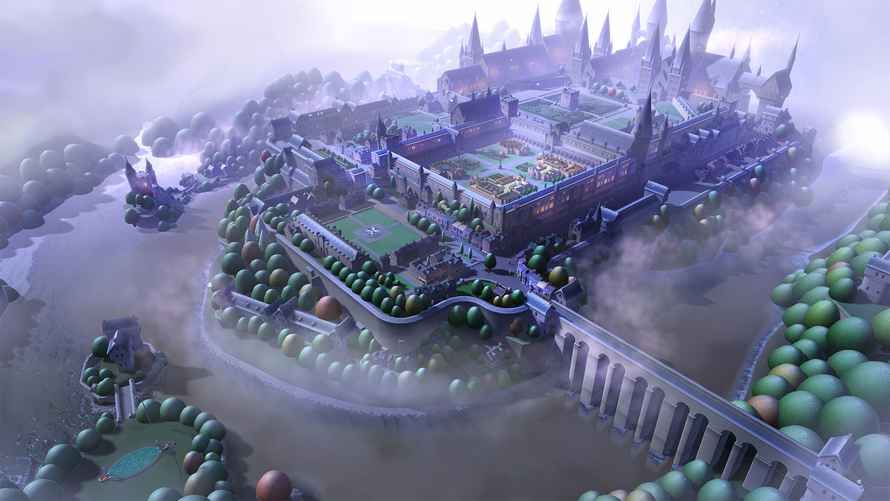 If You Build It, They Will Register for Class

It seems obvious, but any kind of successful building sim needs easily accessible tools and mechanics. The good news is that Two Point Campus nails this. Laying down classrooms, decorations, and placing objects is easy. It’s a little more finicky with a controller than mouse and keyboard, but not too frustrating. As long as the items are unlocked — or you’re in sandbox mode — you can build anything from a semi-traditional college to a truly weird institution of higher learning.

Like Two Point Hospital, Two Point Campus has a bright, colorful, and appealing aesthetic. It’s cartoony and exaggerated but perfectly matches with the tone and humor of the game. Visual puns are everywhere, and classes and areas of study are full of humor. Sure, some of the jokes are a little groan-worthy, but there’s not a bit of ill-will anywhere. I suppose Two Point Campus has some level of social commentary about higher education, but if it’s there, you’d have to look pretty hard to find it. The game is good-natured from start to finish.

The game’s polished presentation is rounded out by a bouncy instrumental score that stays pleasantly in the background. There’s a bit of voice acting, mostly in the form of a stream of chuckle-worthy PA announcements. While the environmental sound design is subtle, it adds to the fabric of voice and music. For a game that’s visually more stylized than real, there is a decent number of graphical options in the PC version. Best of all, the framerate and performance were rock solid and bug free. 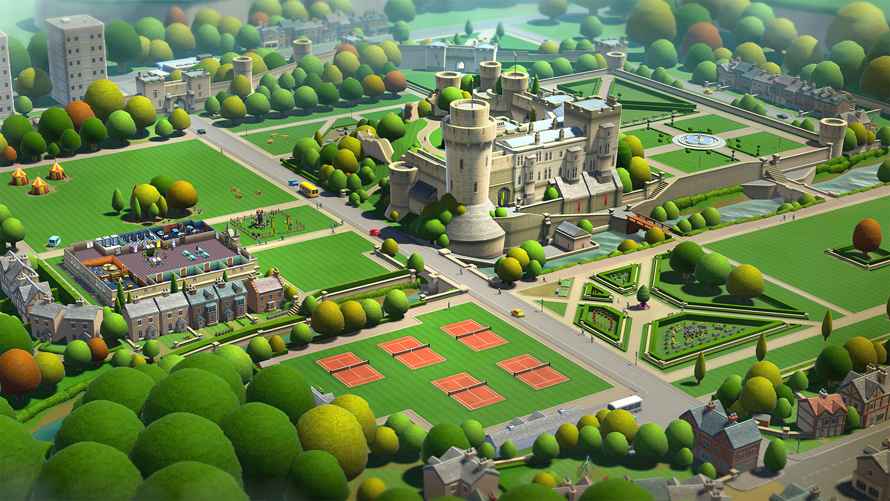 If you’re looking for a complex city builder where you need to stress over sewage systems and power grids, Two Point Campus isn’t it. However, if you want to spend some happy hours creatively building the college that you wish you had attended, mission accomplished. Two Point Campus is first and foremost a lot of fun. It doesn’t thumb its nose at higher education so much as use it as a jumping-off point for silliness and a relatively deep building sim. Two Point Campus is a warm-hearted and good-natured take on college life, an engaging sim that’s accessible and entertaining.


Bear and Breakfast Opens For Business on Steam Today

Against the Storm, Roguelike City-Builder, Coming Late 2022
Next Hindsight Review – Unfolding The Past Through Memory
Previous Sword and Fairy: Together Forever Review – Surprising and Satisfying Action