Trove is a little bit like a lot of things. You can build bases and harvest blocks like in Minecraft, you can fight monsters and other players like an MMO and you can waste hundreds of dollars on trinkets like a free-to-play title. The game wears many faces, but without exploring the muddy depths of any single system. A part of this may be chalked up to the game’s target audience. Child-friendly entertainment often sacrifices complexity for accessibility. But this isn’t always the case, and I can’t help but feel like Trove could have been something more.

You’re thrown into a tutorial right from the start that hardly takes you two minutes to complete. Afterwards there’s a moment to choose your starting class and you’re off to the races. After an unsuccessful test run with the Shadow Hunter I landed on the Tomb Raiser. Any class with minions is right up my alley. Right away I had some problems with Trove. Your level of enjoyment is dependant on what kind of game you’re expecting. The class selection had me expecting an MMO. What I got was more of an action rpg with pvp, building and crafting elements. How do they stack up?

Let’s start with the action rpg core. Combat is simple and accessible. Your skill list is crazy short, though. And you don’t learn any new ones, either, Your progression throughout the game is tied to the gear you acquire and the levels you gain. While the basic skill setup leaves more room to focus on exploration and the nuances of combat, I feel like the game could have benefited greatly from a more robust skill tree. Although, the long list of available classes does help alleviate this issue somewhat. My time with the game didn’t reveal a lot of variety in the questing system. The worlds are separated by difficulty level, with each generated world containing a series of miniature dungeons to explore. You make your way to the end, kill the boss and collect the loot. And that’s it. Although the enemies and world vary greatly, the core mechanics are identical from world to world. Navigate, murder, collect the loot. Level progression slows down a great deal when you get to level ten or so. Like everything else in the game, progress will take some time.

You can also build bases and worlds in Trove. Your home base is easy. Plots are scattered everywhere and you can erect your base there with a single button. You can even move said base to a different open plot just as easily. You have some freedom in how this base will look, although I never found a way to change or expand the plot size during my playthrough. The world-building system is a bit more complicated. You can join a club in order to gain access to an existing club world, or you can make your own. The second option requires a tremendous amount of resources. The former is easy enough, assuming you can convince someone in a position of power to accept your membership.

“the core mechanics are identical from world to world. Navigate, murder, collect the loot.”

Everything can be bought in Trove. Class unlocks, mounts, all resources and crafting materials, gear, other forms of currency and anything else you can think of is for sale. If you invest real money into this game you can spin it into some major capital, assuming you time your trades and purchases properly. If you want to get everything without paying a dime it’s going to take a lot of time to do so. I haven’t tested this myself but all the research I’ve done suggests most of a full year would be required. The upside to this is that people looking for capital can use their crafting skills to earn it. Of course, if everyone has these skills, then the value of your products suffers accordingly. No matter which route you take, earning money in-game is a very time-consuming affair.

PVP suffers from a serious balance issue which is pinned on the Patron system. Players can pay with in-game currency to earn better loot, experience and crafting speeds. This means that Patron players are always going to have an edge over those who aren’t paying for the privilege. PVP is also somewhat class-based, meaning Tomb Raiser isn’t as viable as a more direct-damage class like Knight or Dracolyte. I’m sure there’s people out there who can rule the PVP landscape with an iron fist no matter what their class, but this was definitely not my experience. 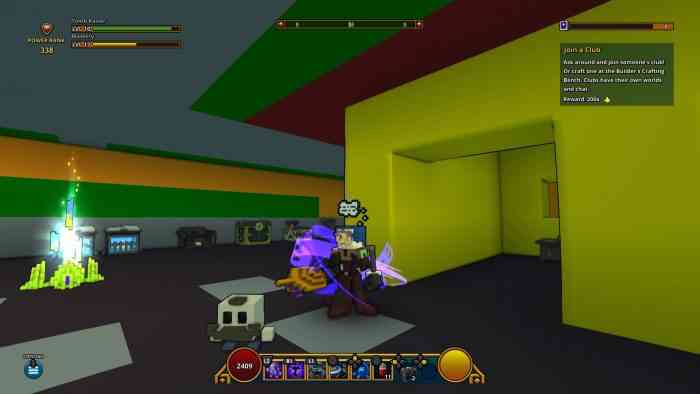 Beyond the mechanics, the other building blocks at work here are the actual blocks. The graphics in Trove are simple yet high in quality. The character models are varied, each piece of equipment is distinct, the mounts and items all look good and the worlds themselves are well-crafted. When you change from one region to the next the difference is immediately obvious. Certain blocks can be harvested from every world, giving you greater variety in your own construction the more you explore. The special moves, enemies and progression notifications are all animated with a distinct flavour. Players are even able to submit builds for weapons, lairs and dungeons if they have access to a voxel editor and a bit of patience. All of the gear looks great even if it lacks mechanical variety.

If you’re looking for depth, Trove will leave you frustrated. The combat is simple, the progression is slow and the quests are all the same. However, if you want a certain kind of fun, you can absolutely find it here. Players looking to wile away the hours fishing, crafting, building and murdering will never want for things to do. The PVP is just as accessible as the rest of the content if you have the patience, and you never have to spend a dime if you want everything the game has to offer. Which leads to the big problem at play here. If you don’t want to dump endless hours or countless days into Trove, you’re going to have to pay. The slow progression grinds to a halt if your endgame is unlocking every character class, or worse, every mount in the game. On top of all that, every class has costumes that require the same elusive currency as the rest of the game’s rewards. For best results, Trove is taken in small doses, mixed with a generous helping of patience and calm. Players hoping to have it all may find irreparable damage done to their bank accounts as a result. 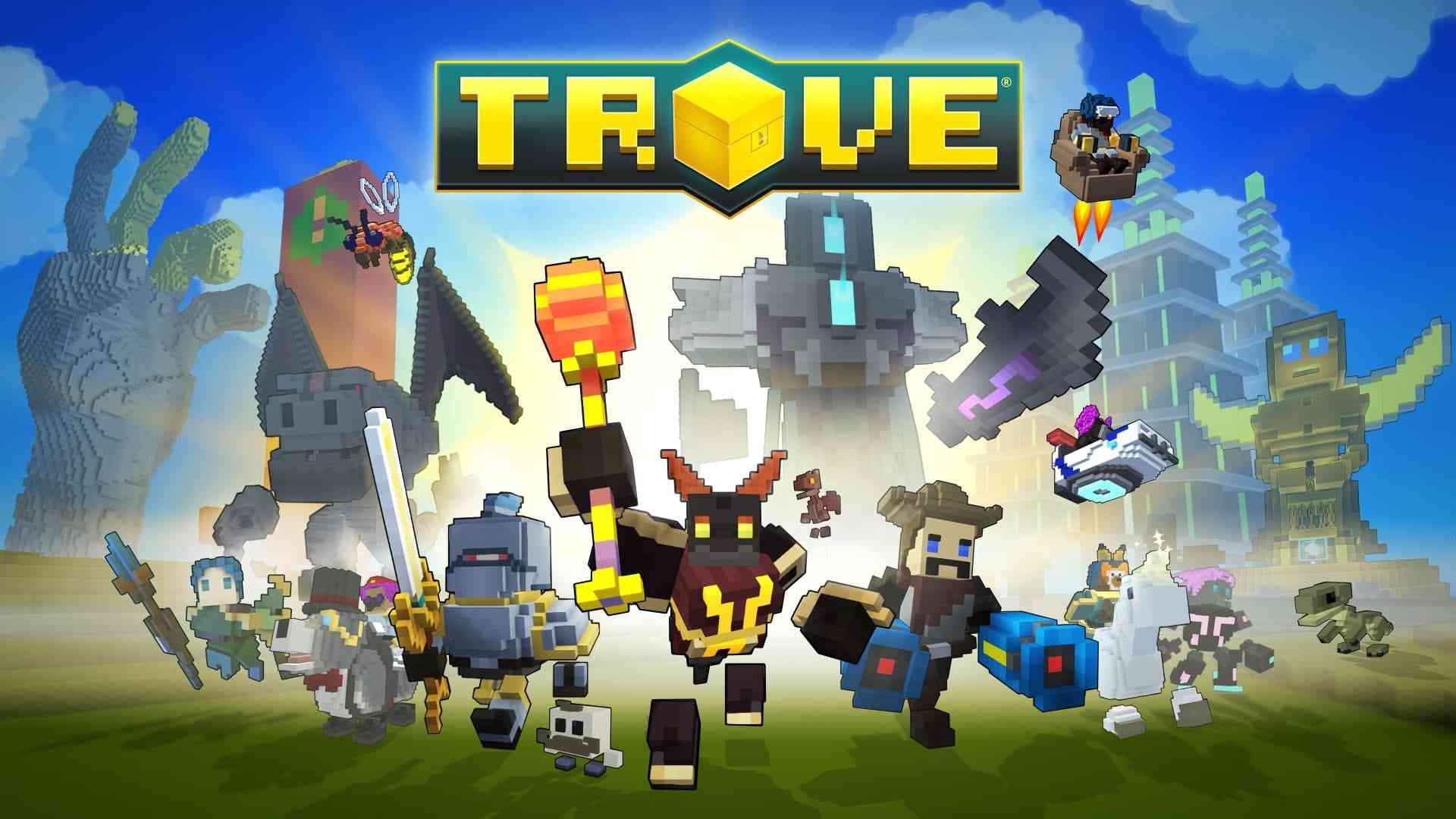 
Trove Adds A Brand-New Class To Console Editions – The Bard