Torchlight is a beloved dungeon-crawler that has carved out a place in the competitive genre. With a bright art style and story, it stands apart from its edgier cousins like Diablo and Path of Exile. The good news is that Torchlight 3 carries that torch very well, however, there is a regrettable shallowness to the game that fails to live up to its predecessors… and much of the answer seems to lie within the development of the game.

Meant to be Free

Since very early on in Torchlight 3’s development, they decided to make it into a free-to-play game. It’s not a terrible idea, many modern games have succeeded with the model. For example, Path of Exile has done very well by monetizing through cosmetics and keeping its players engaged through frequent updates.

Path of Exile’s greatest strength and weakness lies in its incredible complexity. To set itself apart, Torchlight decided to make their game very approachable, which can be a great choice for a free-to-play game. However, you probably know that Torchlight 3 is definitely not free anymore. 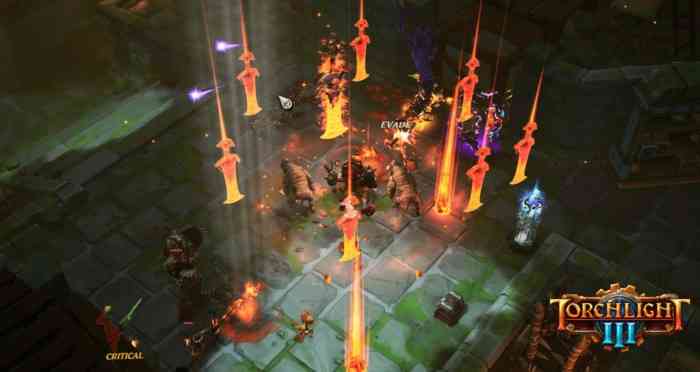 Very late in their development, they decided to pivot to a pay-to-play model, perhaps because they couldn’t commit to long-term live service development. This had some unfortunate consequences on the final product.

In a single word, the game is shallow. The RPG mechanics of the game is very disappointing. There are very few skills in the game, and there is no sort of a tree in the game that pushes you towards complex choices. And I say this understanding that depth was never the strength of the series, but it is much worse in this iteration.

Leveling up feels very unsatisfying in the game. Since there are very few skills to pick from, they made it so the same skill can be leveled up multiple times, and usually, you don’t many other options. This means when you hit the level to unlock a new skill, it’s almost useless when you put one skill point into it because your first skill is of a much higher level. Now, this wouldn’t be that bad if you could easily redistribute your points, but for some weird reason, they decided that respeccing shouldn’t really be an option. You can only fix your build one point at a time by spending an item that you get very infrequently.

This leads to the terrible conclusion that, if you want your character to be good in the late game (where all the loot is), it’s smart to never spend your skill points early until you can dump it all into your preferred skills. And levelling with just your basic attack is miserable. Alternatively, you can allocate your points as you go, just to find out your build is useless late game, forcing you to create a new character.

Another baffling decision is the inclusion of relics, which might have been something they threw in at the last minute for some attempt at depth. At character creation, you have to pick from one of many relics that will grant you a third skill tree. But be careful! You can never change your relic. This means rather than jumping into the game to play, the game encourages you to read into all of the relic skills and your character skills to find the best combination, when you won’t even be touching most of these skills until much later in the game. You could just pick one at random, but it will likely lead you to find out that the relic was a bad choice for your class after you poured a dozen hours into it.

Now, if this game had been free, I wouldn’t have been so critical about these points. I could play with all my friends and enjoy adventuring together with its excellent gameplay. However, I expected more depth out of a game that is demanding payment especially when there are much better dungeon crawlers out there, including its own predecessors.

It’s Not All Bad

The good news is that Torchlight 3 plays very well. Controlling your character and using your skills are fun, dungeon crawling and finding loot is rewarding. The bright cartoonish art style works excellently here because it makes all the dangers stand out when the clutter from the hordes becomes overwhelming. 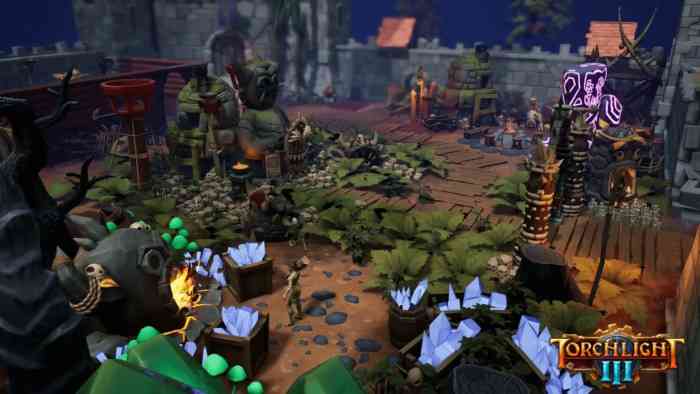 The voice acting is quite good. Although there weren’t any standout characters, from the NPCs to the random voice recordings you find, I always felt involved with the world and its story.

Additionally, there is a personal fort you can decorate and craft to your liking. There is quite a variety of options for decoration things purely cosmetic to useful things, like the Lucktree, which you could feed loot to grow larger, granting you better luck within dungeons.

However, these little successes don’t fully make up for the game’s shallowness that probably will get you bored in a few hours. Torchlight 3 is not a bad game by any means, I just don’t see a point in playing it over the original or two. 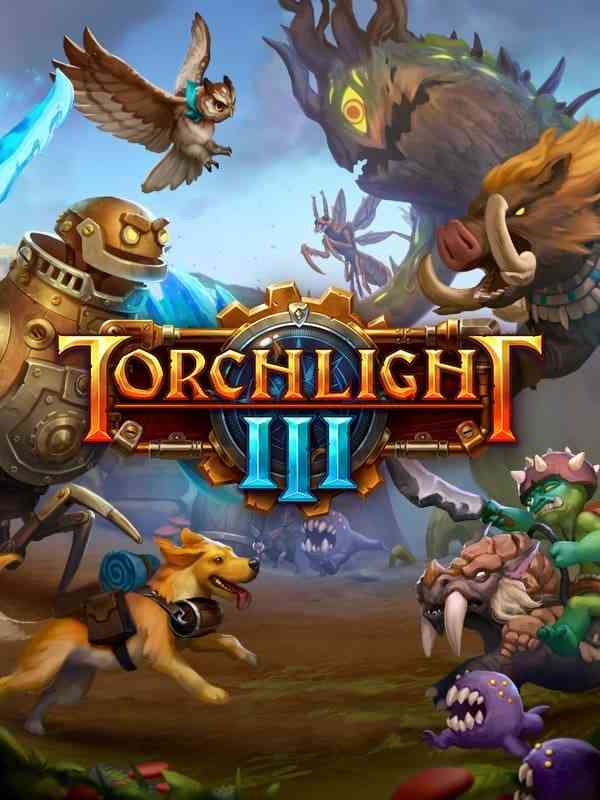