Thoth Review – Simple and Challenging, No More No Less

2D shooters tend to be a lot of fun when built right, and Thoth is no exception. It captures a certain elegance while pitting you against challenge after challenge, and when you inevitably become stuck, you feel tested and not attacked.

Simple controls and mechanics are your best bet for solid gameplay, and Thoth delivers these on a silver platter. Left thumbstick to move, right thumbstick to shoot, stop shooting to move faster. The real twist is in the targets. Geometric shapes will hound you relentlessly, and speed up when you destroy them. You’ll be able to shoot through the blacked-out object, but each level will less and less space to move around in so escape will be difficult.

“Simple controls and mechanics are your best bet for solid gameplay, and Thoth delivers these on a silver platter.”

Things start off easy, pitting you against a few average squares. As you dig deeper towards the elusive Level 1 – you start at 64 and count down – you’ll encounter plenty of new dangers. Levels turn into puzzles, with switches and layers of mechanics to pay attention to. Thankfully there’s a forgiving checkpoint system which lets you respawn every few stages. I think Carlsen Games has done a great job with the level design; stages and checkpoints are spaced out in a way that makes you frustrated, but also gives a great sense of satisfaction when you finally cover new ground.

Everything is set out nicely too, with new mechanics generally introduced either on or right after a respawn level. It feels less like you’re being punished and more like you’re being taught. Figure out the new mechanic, play it out in a few different scenarios, then hit a real challenge before the next checkpoint. Having trouble on the last level? You’re going to first become a master of the levels preceding it before moving on. 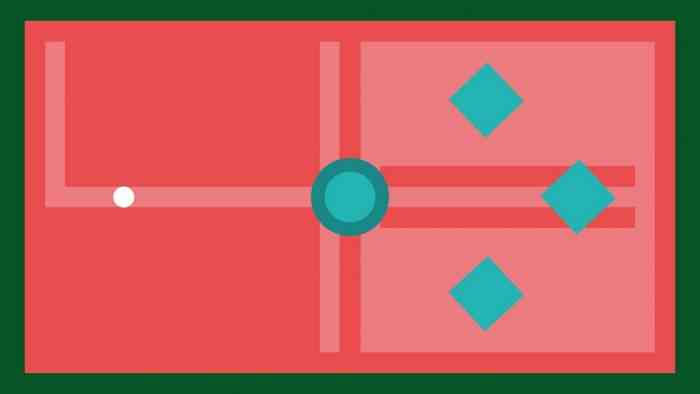 The art compliments the gameplay rather nicely, featuring solid shapes and colors. Even against new threats, I never felt like I died because of distraction or getting lost in the screen. There’s plenty of chaos and action, but you always stand out from the crowd. The soundtrack brings everything together nicely with a score that makes you feel doomed and overwhelmed, so you push yourself against the odds.

For a game that’s less than $10, I’m very impressed. You could probably cruise through Thoth in an hour or two if you’re the absolute best at shooters, but realistically you’re going to get stuck and have to throw yourself at the wall quite a few times before it crumbles. Not only will you get a few hours of play out of it, but they’ll all be fun and enjoyable. Thoth feels good, and that’s what’s truly important.

If you like shooters, particularly bullet hells or other puzzle shooters, then you’re going to love Thoth. Hands down, this is the most refreshing indie shooter I’ve played in a while. It could look a little sharper or maybe have some more levels, but for such a modest price it’s very hard to complain. 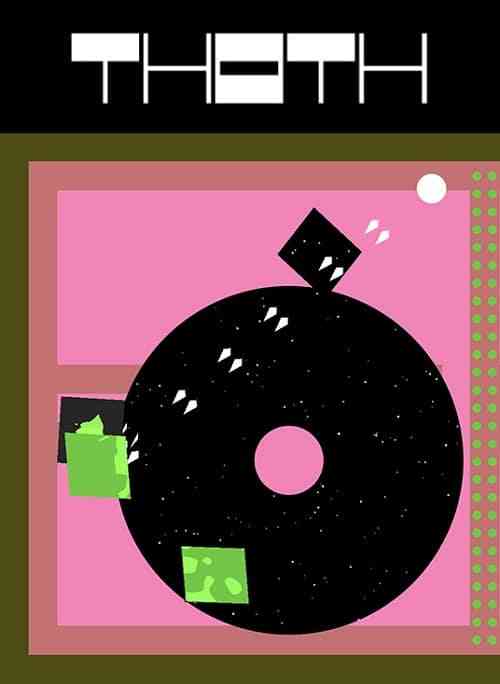