For the most part, I never got too into the zombie craze. I undersand why people like zombies, and I understand why they could be a powerful plot device, but I never really found myself particularly interested in consuming media focusing on zombies themselves. To a large extent, that’s still true today. I don’t particularly care for zombie stories. What I do care for, though, is Telltale Games’ The Walking Dead. Well, just the first season so far. I missed the boat on the entire series until this past week, and I’ve got some catching up to do. With that in mind, if you’re looking for a review comparing the Switch version to earlier versions, I’m afraid you’ll have to look elsewhere. This review comes from the perspective of someone who is completely new to Telltale Games’ style, as well as to The Walking Dead in general, so it’s as unbiased an opinion as you’re going to find. 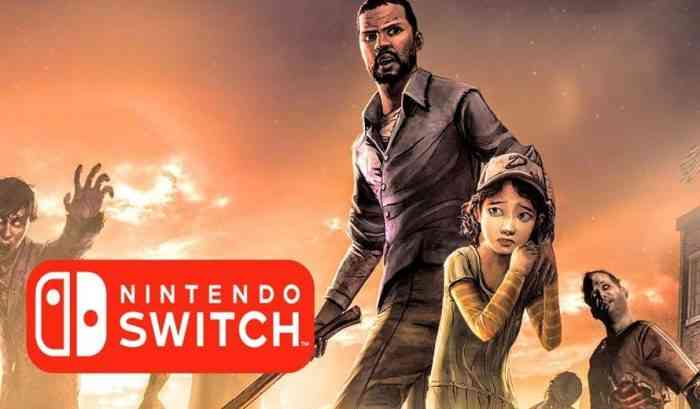 I realize that what I said earlier may seem odd. How is it that I can be both disinterested in zombie-related media and thoroughly pleased with The Walking Dead? Well, it’s not as complicated as it might seem because The Walking Dead isn’t about zombies, but rather the people in a zombie-infested world. “Well, sure, Jackson, of course it’s about the people. You can’t really have a zombie game with just zombies.” That’s largely true (I won’t say it’s completely true because crazier things have happened), but most zombie-based games have a large focus on the people’s interactions with zombies and actually fighting zombies. The Walking Dead has less emphasis on the zombies themselves and more emphasis on the way they have impacted the world. THAT is what makes this special. We can see how the zombies have shaped the world and how that world has shaped our characters. This already separates The Walking Dead from the crowd, but what takes it to the next level is, well, everything else.

The writing in The Walking Dead is stellar (note: mild spoilers ahead). Dialogue ranges from emotional screaming matches and confrontations to adorable conversations with the deuteragonist of the first season, Clementine. Clementine, by the way, is one of the only characters in a video game that has made me actually think “If she dies, I’m turning the game off and never touching it again.” Fortunately, this did not happen, and my heart remains in one piece. I really must sing the praises of the relationship between Clementine and the first season’s protagonist, Lee. Not only is it endearing, but it is the single best representation of a father-daughter relationship I have ever seen in a video game, despite Lee not actually being Clementine’s father. The need I felt to try to be honest with Clementine, not to lie, but also not to expose her to anything worse than necessary, was truly impactful. Particularly the fact that, sometimes, there was no way to explain what happened or what you did that wasn’t going to upset her. The depth of the relationship is palpable, and you can feel the love there. 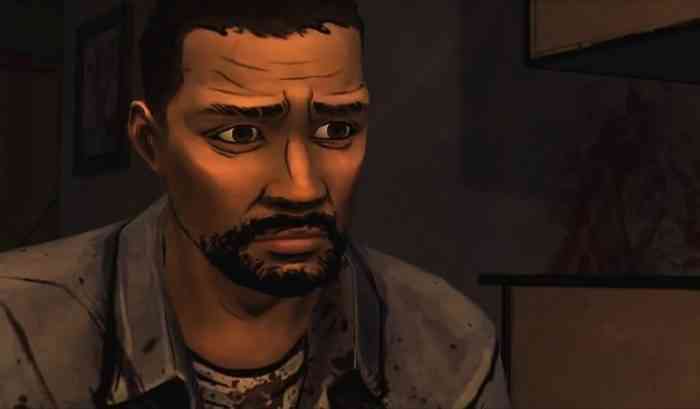 The writing is certainly the selling point of the Telltale Games, but what’s just as easily recognizable is the art style. The style of The Walking Dead is an incredible combination of simplistic design with intricate animations. The body language and facial animations go a long way to add depth and realism to the characters, allowing for the effective use of a storytelling element rarely used well in games: silence. Being able to look at a character’s facial expression or body language and guess what they’re thinking is something that you don’t really notice until it’s gone. Moving from The Walking Dead to another game felt like moving from a conversation with a person to a conversation with a cardboard cut-out and a speaker. What’s more, the inflections in the voices of the characters add an additional level of authenticity to the interactions. Unfortunately, this has a downside that can lead to some frustration.

They’ll Eat Your Brain … And Steal Your Heart

Knowing that the delivery of different lines can change the meaning drastically, a problem arises when it comes time for players to choose their next line of dialogue. You can’t necessarily know whether Lee is going to scream a line, deliver it gently, or even say exactly what the dialogue option said. This can make for a frustrating circumstance when you want to handle a situation delicately and accidently end up screaming a line of dialogue you thought seemed gentle. On a bittersweet upside, handling a situation in a way you hadn’t intended probably won’t actually affect the story very much. Most decisions don’t really have a major impact on the game, most differences lie in small moments of dialogue. This doesn’t bother me as much as it may some, as the choices never seem to be railroaded to minimize damage done. If the story is stellar, I can accept superficiality in the impact of decisions.

Though it’s not shiny and new, the gameplay isn’t innovative, and the graphics aren’t cutting edge, the writing and storytelling of Telltale’s The Walking Dead have hoisted the game onto their shoulders, keeping it high above the point of obsolescence. If you’re looking for emotional narratives with gameplay suited for any skill level, The Walking Dead should be at the top of your list. Even if you’re not, play it anyway. It’s good.

HBO’s The Last Of Us VS The Walking Dead’s Final Series
Next TerraTech Review – Might Be a Dream on Steam, But Is a Headache on Console
Previous Shadow of The Tomb Raider Review – Adventurously Dark, Mesmerizing But a Tad Underwhelming