Telltale’s been very busy, with Tales from the Borderlands, Minecraft, The Walking Dead, Game of Thrones, and very recently, Guardians of the Galaxy. What began as a tiny developer/publisher has grown far beyond what anyone could’ve expected in such a short span of time.

However, I haven’t experienced any of Telltale’s recent projects, as The Walking Dead is what I’ve been clamoring for. After Season Two’s nail-biting finale, Clementine’s fate begged for a continuation, leaving followers desperate for more.

Unlike Season Two’s slow build, A New Frontier leaves you gutted by the first Episode, opening in the thick of a family falling to the apocalypse. Telltale’s hubs are the only moments of peace throughout, every moment in-between has layers of tension, even when there’s not a walker in sight.

“The tight script knows precisely when to lighten the atmosphere, put you on edge, and kick you in the teeth, leaving you distraught, and yet hungry for the next installment.”

Utilizing the same small set of mechanics seen since The Walking Dead’s debut, it’s a blessing that A New Frontier’s writing is some of Telltale’s strongest. The tight script knows precisely when to lighten the atmosphere, put you on edge, and kick you in the teeth, leaving you distraught, and yet hungry for the next installment.

Writing’s carried The Walking Dead since 2012, and its gameplay isn’t so much to engage, but to be as unobtrusive as possible. A New Frontier is easily the most elegant Telltale game I’ve played mechanically. The pacing of its action scenes is much quicker, and ultimately for the better. Despite its multiple perspectives, you rarely feel disconnected from the characters and situations they find themselves in. As is tradition, your decisions aren’t about greatly effecting the plot, but more about personalizing your experience and the personality of your character. Javier is likable and relatable from the opening scene, and stands strong with Lee, and Clementine before him. 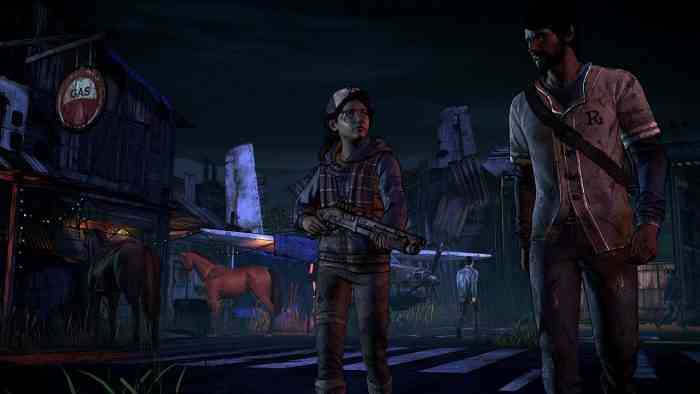 Speaking of whom, despite its subtitle not reading as “Season Three”, A New Frontier’s connection to previous events is intelligently handled and reveals only what’s necessary to the audience about the years in-between, and with horrifying results. Importing my save file from Season Two further personalized Clementine’s story, and her role in A New Frontier as her own person, after having direct control of her previously is endlessly fascinating. It’s easy to see why Telltale debuted with a two-parter, as Ties That Bind brilliantly sets the stage for what’s to come with this new cast of characters, and for Clementine. The pacing may be the strongest and most intense Walking Dead’s ever been.

It’s unfortunate that Telltale’s engine hasn’t resolved its inconsistencies, whether it’s the puzzling variation in texture quality, poor lip-syncing, or occasional glitch, these are old-problems, and it comes to question why they continue to persist after all of Telltale’s success. The most frustrating one of all is when you select a dialogue option that ends up using a different tone than you expected. It’s only occasional as your options typically have enough context, but it does pull you out of the experience.

“A New Frontier, despite its name, really is sticking with what’s worked before, and it’s not made to convert.”

Detractors of Telltale’s post Walking Dead style aren’t likely to be convinced by A New Frontier. The experience is ultimately just as linear as before, and there isn’t any core-gameplay to speak of, outside of walking and talking to people. A New Frontier, despite its name, really is sticking with what’s worked before, and it’s not made to convert. It’s made to continue, and that’s what it does superbly. As someone that hasn’t been exposed to Telltale’s strengths in years… it’s good to be back. Now where the hell is Wolf Among Us Season Two!? 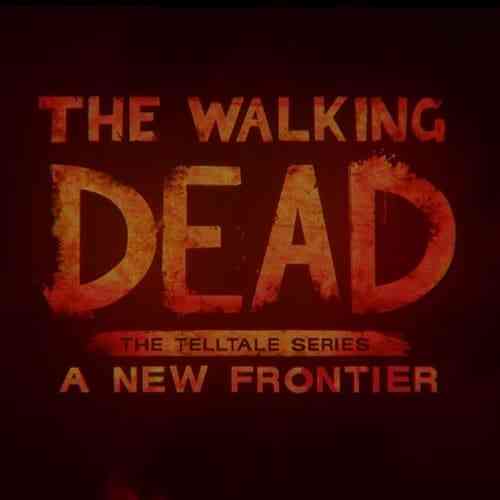 The Walking Dead’s Clementine Is Getting Her Own Graphic Novel