One of my favorite games I have played over the past year has been Telltales fantastic The Waking Dead series. It shares the same lineage as the wildly popular TV series and comic books. While I’ve never seen the TV series I have become extremely fond of the episodic games that now spread over every viable device and console imaginable. While it may seem like eons since the last installment, we really only left Clementine and company a mere 6 months ago.

The Walking Dead 400 Days is a bonus DLC episode for The Walking Dead Season 1, bridging the gap between the first season and the upcoming Season 2. This new-old collection follows five new characters at different times after the zombie infestation; unfortunately they are short but sweet. 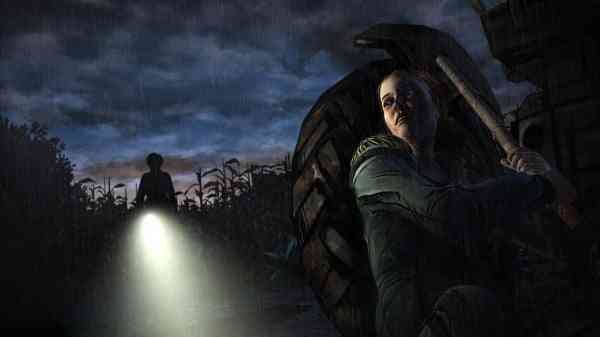 The action is still pure Walking Dead with quick timed set pieces and your inevitable decision-making becoming the focal point to any and all conflict. Perhaps I was a bit rusty when beginning some the missions with the new characters, but I found myself dying far more often than I can remember. The stories are short, can be brutal and scary, but definitely unique with around 30 new faces spread through the five characters storylines.

The greatest drawback in this installment in my opinion, and I’m sure in many of The Walking Dead fan base should agree, is the DLC’s incredibly short playtime. This is probably due in part because 400 days is setting us up for another season and more likely then not Telltale is wetting the collective zombie fans appetites with a brief taste of something new. The game spends around 10-15 minutes per new character. We know nothing about them previously, although if you have played through the first five installments the decisions and choices you made can have an effect on what you see and hear as you play through this new DLC. They are subtle though so keep your eyes and ears open! Conversely, the paths you choose through 400 Days will also resonate into Season 2. You do not really have a chance to develop any emotional attachments with Clementine or Lee this time around, but impressions are made which should pose to have some very interesting results down the road. 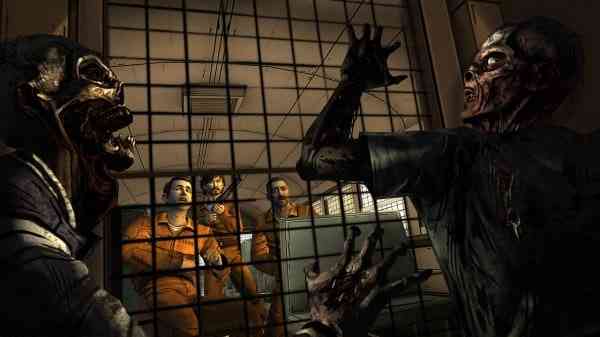 As with every installment the production values are fantastic. The stories, while light on content, are written with purpose and cohesion. I love how the story just flows no matter the direction you choose. Combine it with the always tense and brooding atmosphere and heart pounding action, no wonder the series has begun to get critical acclaim. The graphical stylings feel a bit sharpened; the rich vibrant comic book-like art style is perfect for the morbid storyline, especially if you have read the original graphic novels. The goodness doesn’t stop there though as the voice acting is perfect too. Every scream moan or whisper is impeccable in not only tone, but also in the tension through every character. There really is not much to complain about here, the game just delivers.

While I am terribly bummed I find that I am also quite excited at the same time after playing this new DLC from Telltale Games. The Walking Dead 400 Days is far too short, just as the ride begins to get real exciting it ends. The DLC answers no real questions, but it does open one’s eyes to other viewpoints along the Walking Dead’s timeline. It also effectively primes us for a much-anticipated Season 2 and how big and epic the series may become. The DLC is a perfect short jaunt down a horrific highway with five new individuals. Where do they end up? How do they get there? Do their storylines intersect down the road? And what about Clementine? At the end of the day feel free to spend the five bucks for this DLC; you won’t be sorry you did.

Next Leisure Suit Larry: Reloaded (PC) Review – This Old Perv Should Have Remained Locked Up
Previous Doodle Jump (Kinect) Review – Time to Dust Off Your Kinect