Ever since Portal, I’ve had an itch for puzzle games that needs periodic scratching. This winter, The Talos Principle not only hits the spot but does so in a refreshingly philosophical way. I was quite impressed for a number of reasons, and found myself often refusing to give up on the more difficult puzzles that left me flummoxed.

First of all, this is not your average puzzle game. There is so much exploration and discovery to be done that you can almost think of it as a cross between Portal and Myst, as I’ve stated previously when I previewed it HERE. This brings a sense of wonder and delight as you traverse the different hub worlds and temples, picking up sigils and opening gate after gate. I easily spent several hours just logging into terminals and reading messages or lore, trying to piece together the larger puzzle of just what exactly is going on. 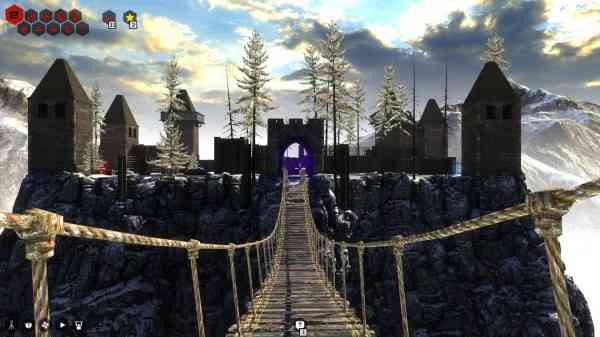 In The Talos Principle, players control a humanoid robot tasked by Elohim, a mysterious voice in the sky, to go to each temple and collect all the sigils. These are essentially large Tetris blocks which come in three colours: green, orange, and red. Green sigils are the early and mid game staple, and are used to open up the new temples to continue your journey. The orange sigils are another early and mid game sigil, but these are instead used to unlock new pieces of equipment that help the player complete more complex puzzles. Red sigils unlock the forbidden tower, which I’ll make sure to come back to later.

While even the simplest of puzzles involving a single mechanic can still be mind boggling, with this game you’re going to get a whole lot more than that. Each item forces you to employ a very different strategy and sometimes completely rethink how you’ve done a similar puzzle before. Players start with jammers, which can be placed down to jam doors, turrets, and guards. The next item unlocked was a crystal which allows you to send a beam of energy from an emitter to a recipient, with two colours of beams: blue and red. The third item is a box, which seems simple enough but definitely has a few tricks to it. The fan is claimed next, which can launch you and other items to new heights. After that is the replay, which reminded me a lot of Braid in that you press record, perform actions, then hit play and perform other actions alongside your copy. The final item is a platform that the player can hold, which tends to go hand in hand with replay.

While many of these items aren’t incredibly new or unique, the way they are employed is incredibly well-designed. The puzzle designers at Croteam have done a great job at creating not only a fun and well-paced learning curve, but then difficult and perplexing puzzles once you’ve mastered these mechanics. Just when you feel like you’re getting the hang of something you’ll be tripped up and confused, wondering just how the hell you’re going to open that final gate when you only have two jammers and a box. Fortunately the designers have also titled each puzzle rather cleverly. There are hints within the puzzle names but nothing too obvious. Each time I was stuck, I would leave and re-enter the area to remind myself of what the room was called. This helped many times, and I highly recommend taking a second to think about the titles before giving up and moving on. Believe me, you’ll need those red sigils later and they’re not going to get any easier! 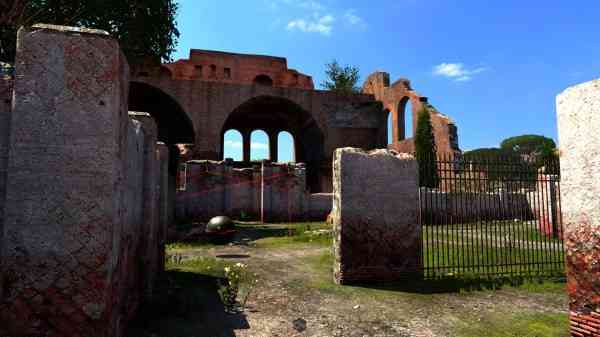 Thankfully for those of us who can’t master every puzzle but still want to unlock everything the game has to offer, there is a hint system. Once you reach the third and final temple, players find an axe that’s capable of breaking down the wooden barricades you’ve likely noticed by this point. Past these barricades are a set of challenges revolving largely around the sigil puzzles, which involve placing the Tetris-esque blocks in the correct pattern to fill the entire grid. These can take a lot of patience but you’ll be rewarded with a revived robot who you can call upon to give you a clue. Be careful though, these are one time use clues and there are plenty of difficult red sigil puzzles to finish. So far I’ve got mine saved up for when I’m at my wits end, which unfortunately appears to be soon.

With regards to the tower, the mysterious, forbidden tower that Elohim warns you against climbing. As you collect the red sigils, these are used to unlock each floor of the tower which contains puzzles and a terminal at the end. Only once you have climbed the tower and glimpsed god himself will you be able to say you’ve truly finished The Talos Principle. These are difficult challenges, but feel so incredibly rewarding when you accomplish them, especially if done so quickly. I haven’t reached the top yet myself. This game is certainly a challenge and you’ll often be left scratching your head just finding red sigils let alone star sigils or tower puzzles.

Genius puzzle design aside, the lore and world that you’re placed in is deep and interesting. The Talos Principle is created by the same studio behind the Serious Sam games which were not only beautiful but a lot of fun just after the turn of the century. Known for creating gorgeous environments, TTP stands up to its predecessors and surpasses them in terms of how pretty everything is. I wish my PC was better so you could truly understand just what this game is capable of, but alas I’ve been harshly reminded that I’m in need of an upgrade soon. If you want something that will surely test your PC and push graphical capabilities to the limit, this is the game for you. 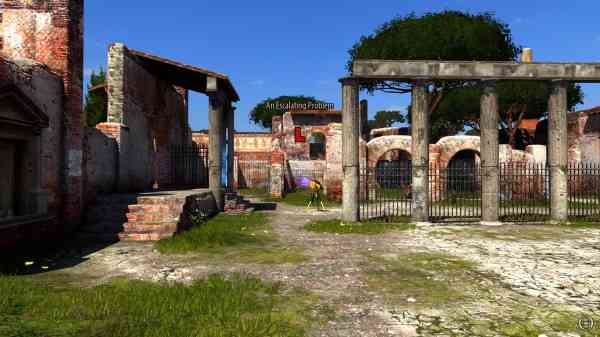 Even past that though, without the intelligent gameplay and breathtaking scenery, The Talos Principle has a very unique and intriguing storyline. Hints of what has come before you are scattered about the land via voice recordings, emails, or myths. The emails and myths are accessed through the numerous terminals you’ll pass by, and are completely optional. I highly recommend stopping and having a look or listen though, as the level of detail involved is fantastic. The game is very philosophical and caused me to even stop and think about things for a moment. What does it really mean to live or exist? What happens when we’re gone and no one is left to read our history? Does any of it really matter? These are simply some of the questions the writers have elicited through their thought-provoking monologues or texts.

All in all, this is another hit for Croteam after a long absence. They’ve done it again, and created something that is truly impressive. If you enjoy puzzle games, pick this up. If you want a deep and meaningful story, you can also get that here as you can plod along at your own pace, stopping at all of the terminals. If you just want something pretty to look at, boot up The Talos Principle and see how high you can crank the visual settings. Simply put The Talos Principle is a game that will be able to stand the test of time and be enjoyable several years down the road. Do yourself a favour and pick up The Talos Principle as soon as you can. It’s truly a gem.

***Reviewed on PC and a code was provided by the Publisher***