If you’re an Xbox fan then you most likely remember the ‘kafuffle’ that arose during the Xbox One’s development when Microsoft announced that any headsets for the Xbox 360 would not work with the next-gen console.  Since that time, and after the release of the Xbox One, Microsoft created an adapter that allowed many existing headsets to work; however, there were still issues as many high end surround sound headsets were not fully supported and the audio was transferred in 2-channel format.  Add to this the fact that you had to use a cable from the headset to the controller with the new adapter.   For me I didn’t find this too big of an issue, but there are many others who did, as they wanted a true wireless surround sound experience. Well that time has come as Turtle Beach has launched the Stealth 500x, a DTS Surround Sound wireless headset that has been produced in conjunction with the fine folks at Microsoft.  I have been putting this new headset through its paces over the past week and a half and I can honestly say that this is one of the best gaming headsets for consoles that I have ever used.

Upon unboxing the Stealth 500x I found everything that was needed was professionally packaged in the box.  All the documentation is in one cardboard envelope while an optical cable, USB cable, charging cable, mobile cable (you can use these with a tablet or Smartphone too) and microphone is in another separate cardboard envelope.  Underneath all this is the headset itself and a small transmitter for sending the sound.  The headset is black with green trim in just all the right places.  Although there is not a lot of leather, which some might expect for a headset that is considered premium, I had no issues with the materials used as the headset’s build screams quality.  Set up is a breeze as the headset is already paired with the transmitter, so just after a few minutes of plugging the USB and optical cables into the Xbox One and transmitter, changing a few settings in the Xbox One menu (which is documented in the instructions), and powering up the headset, I was ready.  I was immediately aware things were ‘good-to-go’ as a “Headset Assigned” notification came up just like an achievement notification. 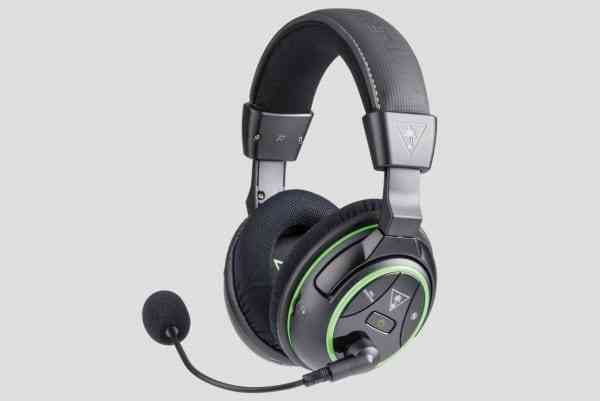 One thing that I was really caught off guard with was the size and weight of the headset.  It is much smaller than I anticipated and a lot less ‘weighty’ too.  A quick look on Turtle Beach’s website indicates that the headset only weighs 11.3 oz (320.3 grams).  Comfort wise the ear cups have cloth mesh around them and I found this to be the perfect material as it kept my ears from heating up and it was very comfortable.  I was working through a weapon bounty one night in Destiny and I played for about 4-5 hours while putting the Stealth 500x through its paces.  Not once did it become uncomfortable nor did my ears feel hot or sweaty.  If I had one complaint it is that the headset itself didn’t feel as secure or as tight as past headsets I have used.  Prior to the Stealth 500x my go to headset was the Polk 4 Shot and once I put on the wireless offering from Turtle Beach I immediately noticed how looser it felt.  In some ways this was a good thing as I have a big noggin’ and having it not squeeze was a relief.  On the other hand it did sometimes feel like it could fall off.  This is a minor complaint though and far from a deal breaker.

As I used the Stealth 500x I found that all the controls which are on the headset became pretty intuitive.  On the left ear cup are the volume controls for chat and game sound as well as the plug for the microphone.  The game and chat volume are controlled by small wheels in the sides of the ear cup and it’s pretty easy to find the right volumes.  There are also buttons for muting the chat microphone and a button that allows you to hear your own voice during chat.  The latter is an important and underrated feature that can be very useful.  I have a wife and two kids who easily get annoyed by my online banter, using this feature allowed me to lower my voice while being able to hear what I was saying.  My wife is a big fan of this feature as she could be in the same area without my chitchat being too loud. 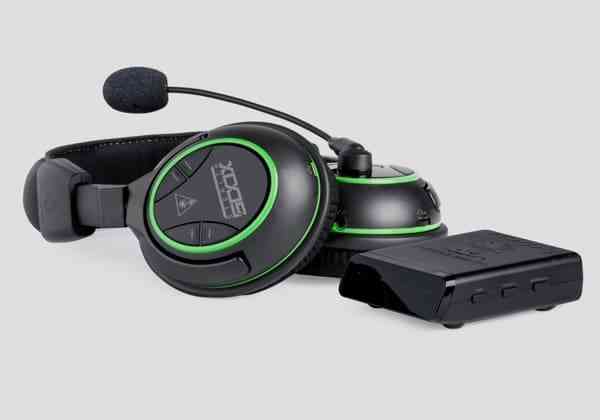 So, how do these headphones sound?  In a nutshell, they sound excellent. Turtle Beach has programmed these headphones for DTS as it takes the Dolby Digital signal from the Xbox One via optical cable and converts it.  I found very small bit of hissing when the headphones were on and there was no noise from the Xbox One, but it was a lot less noticeable then other headphones that I have used in the past.  I found myself playing Destiny (a lot of it), Forza 2 Horizon, NHL 15 Demo, Limbo, and Powerstar Golf.

I was very surprised with how subtle but yet noticeable each mode was.  The “signature mode” was the most balanced for all games, and I found myself playing in this mode the most.  It was not because the other modes were bad; it was just the most balanced for my gaming needs.  The Stealth 500x allowed me to hear small details that I don’t remember hearing in other headphones when playing and the bass was very solid without being distorted.  As for the separate gaming modes, when playing Destiny in the “shooter mode” I felt even more in the middle of the action going on around me.  There was directionality in the sound while explosions or special effects sounded great.  The sound of weapon fire clearly whizzed by my head too.  The “racing mode” seemed to enhance the sounds in Forza Horizon 2, from the whooshes when passing cars and going through tunnels to the sound of rain falling, it was all very convincing.  Finally the “sports mode” seemed to bring the arena alive when playing the NHL 15 demo as the crowd sounded awesome and body checks sounded like they made an impact.  When playing Powerstar Golf the smack of the ball was quite evident and the environmental effects noticeable.

I did manage to watch a couple of movies on Netflix and the sound was just impressive.  One movie that really caught me off guard was World War Z, particularly the sound of the hordes of zombies running after their prey and the chattering sound one particular zombie makes late in the movie when looking for Brad Pitt’s character in a lab.  Dialog in all the movies was clear and concise and any action scenes I watched had a sense of directionality with the surround sound on.  Musical scores of all movies sounded great too.  I didn’t get a chance to strictly listen to any stand alone music, but given how music sounded in movies it should be good. 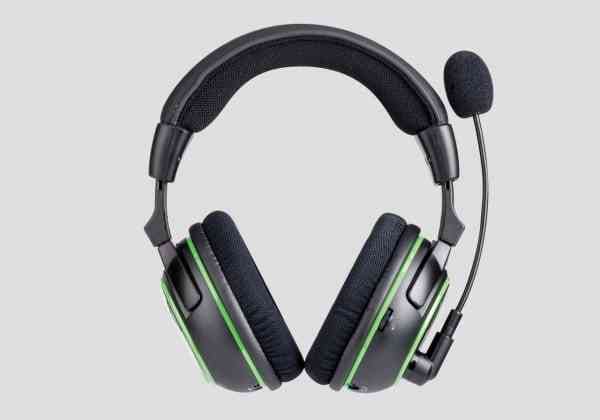 In terms of voice quality, the Stealth 500x holds up well.  One of my online friends is from Seattle and I tend to go visit him quite often.  When I asked him how I sounded he said that I sounded like me.  He knows my voice well and when using the Stealth 500x my voice sounded like my voice, not one coming through a microphone over Xbox Live.  As he was only one person I waded into a party chat of six friends and when I asked all of them how I sounded they said I sounded clearer then before which is pretty impressive as the Polk 4 Shot headset I was previously using has an HD microphone  Sometimes I had volume issues but when I moved the microphone closer it was all good.  As for the voices I was listening to, they were clear and trouble free, and being able to adjust the volume so minutely with the wheel on the ear cup made for some perfect balancing.  The over the ear design kept a lot of external noise out, but I could still hear my wife if she raised her voice to get my attention, which in many ways is a good thing.

Battery wise Turtle Beach claims that they can last for a minimum of over 10 hours on a single charge, and after using them very heavily over the past week and a half I would have to agree.  From the first time I started using the Stealth 500x to when I started authoring this review I have easily put in more than 30 hours of gaming and I have just plugged them in for a second charge.  I blame the Destiny and the new DLC for heavier weeknight gaming than usual, but it was a good test for the batteries.

In the end there is not much left to say; the Stealth 500x headphones excel at what is most important, sound.  The four surround sound settings and separate modes within each one truly add to the listening experience.  As an added bonus the headset doesn’t look bad at all and it is comfortable to wear during gaming marathons.  Turtle Beach has done an outstanding job cutting the need for any cords for Xbox One owners who want wireless headset, and even given the somewhat premium price, the Stealth 500x is very much worth every penny.  Trust me, once you put on these headphones on you’ll quickly forget about how you use to need to tether to your Xbox One controller and you’ll just enjoy the sound while gaming, watching a movie, or even listening to music.

Next The Talos Principle Review – Puzzle Game Sure To Stand the Test of Time
Previous Akiba’s Trip: Undead & Undressed Review – A Game as Crazy as its Title Suggests