Valkryria Chronicles!!! Wait…..Valkyria Chronicles??? Really? In the scale of things likely to happen, a PC port of Valkyria Chronicles coming out in 2014 has to be directly under World of Warcraft becoming a first-person shooter. Don’t get me wrong, the original 2008 version for PS3 was beloved by many, but that was over 6 years ago, and Japanese developers and publishers have a storied history of ignoring or neglecting the PC platform. Apparently this release was the product of strong fan petitioning efforts, which seems even less likely. This really seems on the surface like a big win for everyone. The fans won over Sega with a strong push to make this happen, and Sega listened and delivered. But would Valkyria Chronicles be any good after all these years and on a different platform?

Considering the circumstances, Valkyrian Chronicles is actually a pretty amazing PC port. It ran absolutely flawlessly on my admittedly pretty powerful PC, but I’ve heard of others playing the game very smoothly on much lesser machines. Controls and menus all work nicely. Overall, this is some very commendable PC work, and should hopefully serve as a template for how to port older console games.

For a 6 year old game, it actually looked very good too. The hand-drawn art-style definitely helps the game age much better than a more realistic look would, but I found the visuals to be very good even by today’s standards. The cut-scenes unfortunately don’t benefit nearly as much from advanced hardware and don’t appear to have been re-done, so they’re a little rougher looking. They’re by no means bad though, they still look quite good considering. this is all great news for fans of the game hoping to play it over again. That’s not me. I’ve never played Valkyria Chronicles before, so for those like me, how does it play?

The gameplay is sort of like X-Com: Enemy Unknown, but with some key differences. The core game is all about commanding a small (5-10) group of units and attacking the enemy units/base. This is turn-based, but unlike X-Com you get a certain number of moves each turn that you can distribute however you like. You can even allow the same unit to have multiple moves in a single turn. You don’t have to (and often can’t) move every unit each turn. There are a lot of other differences as well, but most of them are minor.

I found the combat mostly intuitive, but at times really frustrating. I felt like a small streak of bad luck was much more likely to cripple you in Valkyria than it was in X-Com. It was also entirely likely to turn a corner with one of your characters and pretty much instantly die to an enemy you didn’t know was there. I found it unfair in X-Com that the enemy was allowed to move when you spotted them, even when it wasn’t their turn. It’s even more unfair that the enemy can shoot in Valkyria when you spot them on your turn. This can be mitigated by saving frequently, which you DEFINITELY need to make sure you’re doing anyway, because the game doesn’t autosave, ever. I had the game crash to desktop on me once, and when I fired it back up I was set back almost two entire missions and well over three hours. Not a good feeling.

As someone who has never really played many JRPGs or watched any anime I was actually really enjoying the story. some if it is absolutely ridiculous, but it a fun and interesting way. I enjoyed the story so much, in fact, that I found myself rushing through the gameplay as hastily as I could so I could get to the next story parts. That doesn’t speak too highly of my enjoyment of the gameplay, but the story really was enjoyable.

Scoring Valkyria Chronicles is really difficult for me. On one hand, I didn’t necessarily enjoy the gameplay. On the other hand, the story was enjoyable and this really is an excellent PC port both visually and how smoothly it runs. For a game that came out in its original form so long ago, I tend to place more value on how well they ported the game to PC than how much I personally enjoyed it. There are a million reviews of the gameplay and the story from it’s original 2008 release. In terms of this particular release of the game, they did a good job. 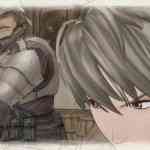 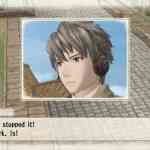 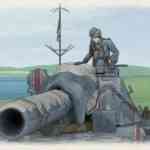 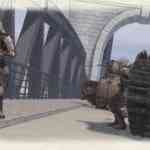 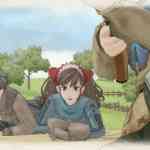 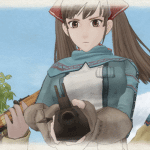 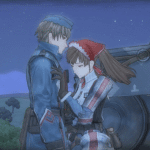 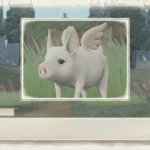 A perfect balance between endearing and bat-shit crazy. 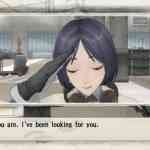 Next MXGP: The Official Motocross Videogame Review – Not Exactly a Next Gen Powerhouse
Previous The Talos Principle Review – Puzzle Game Sure To Stand the Test of Time