It’s 2521. You are in deep space. Your ship, a colony vessel named the Persistence, is damaged and on the edge of being sucked into a black hole. All hopes of escape lay on your shoulders. Oh and there’s a further fly in the ointment – you’re dead.

However, thanks to 26th century technology, death is not the insurmountable barrier as we know it today. You and crew and colonists of the Persistence are stored digitally and can, in effect, be resurrected through printing the digital recording of your mind into cloned bodies. Though this technology was devised to handle deep space travel the capability to reprint a person’s consciousness into a cloned body also gives you a chance to complete a dangerous repair mission. One that will see you die again and again as you try to navigate the now hostile environment of your ship.  You will need – persistence – to succeed.

Things have taken a dark turn on the Persistence – defective cloned versions of crew members have been generated due to damage suffered by the ship upon hitting the gravity field of the black hole. These ‘monsters’ are running amok through the ship damaging systems needed for escape. Your resurrection is possible by the ship’s only other survivor, Serena Karim – a ship engineer, who charges you with the rescue mission. She also acts as your guide and mentor helping you with the mission goals and providing information about the ship layout and tech. Serena will also print a new instance of you after each death.  And die you will, for your character starts out weak with little in the way of the defensive/offensive capabilities. In order to increase your skills, you will need to gather items scattered throughout the ship and stem cells from the mutated monsters roaming the ship. This is done with a taser-like device which requires the player to be in close proximity to the target. Obviously this puts you at risk, especially early in the game. Early success rests on stealth.

Persistence is The Key to Survival

You do have a form of radar, which can only be used sparingly at first, which allows you to ping and locate enemies in close proximity. As your skill level increases, your radar improves making navigation much easier and reduces the chances of unexpected encounters. Besides walking, teleportation is also available. Two types exist: the first is through stations scattered throughout the ship levels and the second is a personal one that allows you to move a short distance within line of sight. The second type of teleportation is for moving past obstacles/debris and more importantly, as a combat skill. You can maneuver out of a jam when surrounded or get behind an enemy for offensive purposes. If things get really hectic, as a last ditch resort you can randomly teleport with the downside of not knowing where you will end up. One would hope to end up in a better location but you could land somewhere that puts you in deeper trouble.

Scattered throughout the ship levels are fabrication machines that allow you to upgrade in four categories – health, stealth, dark matter, and melee. The categories are self-explanatory except for dark matter which is a type of energy. Any upgrades that are powered by dark matter such as your personal shield and invisibility are leveled up on this tree. There are also upgrades available for weapons including one that is a homage to the gravity gun from Half-Life, called the gravhook. It is very viscerally satisfying to grab an enemy with this device and slam them from deck to ceiling.  Another fun upgrade is Ivy which allows to control a single enemy to protect you against other assailants. Placing an enemy under Ivy control is a hoot visually because it’s like striking them with a cupid arrow – Valentines heart pour out of the enemy and fill the air. This one always brings a smile because the hearts are so incongruent with the sterile yet spooky ship environments. 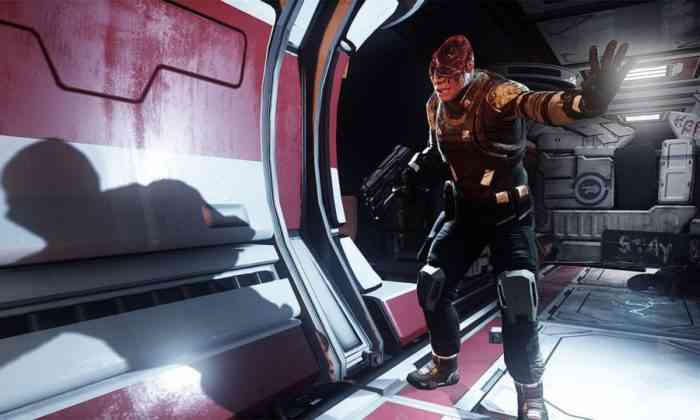 As you move to a new deck level the difficulty ramps up accordingly. If you’ve leveled up properly, your newly acquired skills should give you a fighting chance against the stronger enemies you face. This is one area, along with the sameness of the ship environments, where the game is a tad lacking. There are only six enemy types. It is understandable within the story context where the system glitches create only a few mutations but more enemy types would be appreciated. Enemies range from zombie-like slow-moving ones to quicker ones that while they attack faster, they also don’t attack as hard to slow lumbering ones who can deal deadly blows. The most disturbing enemy are the bloodhounds. They come across as grim reapers that slowly walk towards you while dragging a heavy lance behind them. They are slow but relentless. According to the game developers the inspiration for the bloodhound came from the horror movie It Follows.

Graphically the game is solid and definitely has more detail to it than the PSVR version of the game. The visuals are somewhat restricted because of the sameness of the interior of the Persistence throughout. The character models are decent but nothing mind-blowing. Weapons and abilities are well detailed and each have some form of graphical flair attached to them.

On the sound front, the game does a great job, especially with the ship noise. To get the full effect, headphones are highly recommended. There is a lot of ambient noise be it machinery, air flow, or unexpected clanks and bangs. They all work to keep you on edge. Excellent work is done with the voice work of not just the two remaining survivors but the monsters themselves. The monster vocals have a lot of great range and are unsettling. The only flaw in their implementation is how they sound spatially. Often the monsters are much further away, in an adjacent room, even though they sound like they are just around the corner.

The Persistence also has a nifty Companion App that you can download onto your iOS or Android phones that gives you an extra ability to freeze enemies. The app also supports a minimap of the room you are in and allows you to find more credits to get more abilities. The app can be used to allow co-op play with you and a friend. The phone must be on the same network as your console however and is only accessible via WIFI. Finally the app has a cool art section with 58 pages of game art. 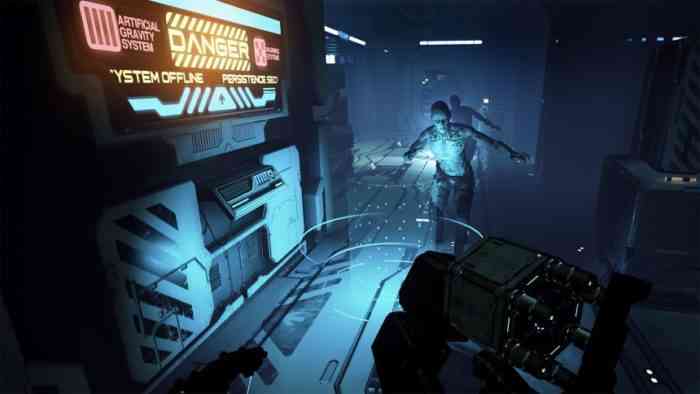 In terms of replayability the game supports several game modes: Campaign, Survival, Campaign+ (available after finishing the Campaign mode), and Permadeath which opens up after the completion of a campaign with less than ten deaths.  Additionally there are Challenge Records as well as Glass Cannon where you only have one life. There are also collectibles to be found.  The game offers multiple endings too but their impact is blunted because the decision point for each of them comes very close to the game’s end. 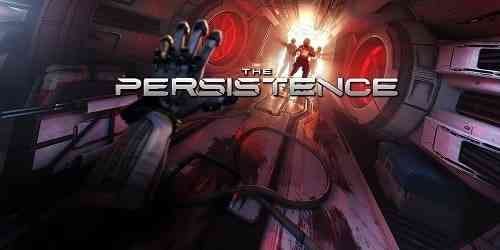