Admittedly, Saints Row: The Third is my first introduction to the series. Prior to this remaster, the Saints games had been sitting in my Steam library for nigh on a decade, and I am kicking myself for leaving them in my pile of shame for so long. Foolishly, I expected the game to be a poor man’s Grand Theft Auto; a tackier rendition of the distinguished franchise that iconized open-world driving mechanics and celebrated outrageous criminal acts. Cynically, Saints Row could be described this way at its surface, but what I discovered was instead a sinfully fun game that held my attention longer and more thoroughly than almost any GTA I’ve ever played. It’s absurd, over-the-top, and gleefully unrealistic, and from the moment I started the opening tutorial until the instant I had to pry myself away just to write this review, I could not put it down. I know, I know — I’m almost ten years late to the party.

To sum up the premise of Saints Row: The Third in layman’s terms, the Saints have risen from a standard street gang to a notorious household name, complete with their own brands of clothing, energy drinks and novelty items. They are even the stars behind an upcoming film based on them, and their fame has gotten them noticed by an international crime organization called the Syndicate. After they are captured by the Syndicate, they refuse an offer to funnel their profits into the organization and escape narrowly with their lives. From then on, it’s all-out warfare between the Saints and the three main gangs who dominate the city of Steelport under the Syndicate’s authority. 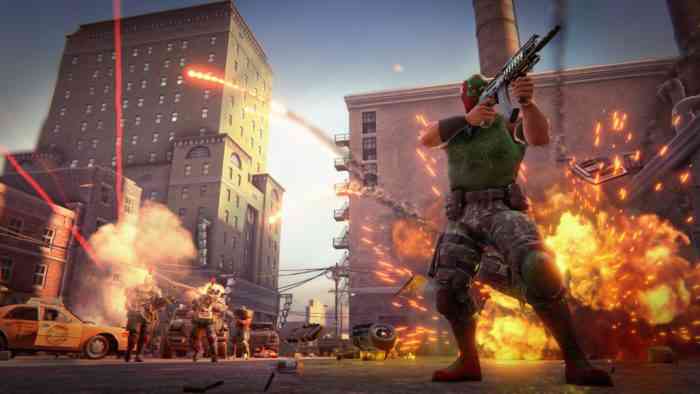 The brilliance of Saints Row: The Third is that it doesn’t take itself too seriously, and it banks on you not taking it too seriously, either. You shouldn’t look for a particularly deep main story, nor should you expect the NPCs to have immersive dialogue or realistic reactions to you swinging around a submachine gun on a metropolitan sidewalk. To criticize these elements is almost to miss the point of the game, which, in my interpretation, is strictly to have fun — and this is what it accomplishes magnificently. One minute, you’ll be driving around a sadistic celebrity and running over pedestrians to charge the flamethrowers attached to his pimped-out muscle car, and the next you’ll be skydiving from a helicopter to shoot up a rival gang’s penthouse while Kanye West’s “Power” blasts in the background. What you give up in terms of a meaningful story, you get back in grandiose violence and humorous splendor. It’s not a bad trade-off if what you’re looking for is pure minute-to-minute fun.

There are a plethora of different activities to take on in Steelport, ranging from helicopter assault missions to participating in Professor Genki’s murderous game shows. All of these activities help you to gain control over the different neighborhoods of the city, but you will also need to purchase properties and storefronts such as firearm and auto body shops to build up your control. Additionally, you can carry out assassinations, participate in the making of the upcoming Saints movie, or even exit out of the campaign and play through the game’s wave defense mode (named “Whored Mode,” in keeping with the inappropriately outrageous Saints Row humor.) Almost every activity is an absolute blast; so much so that I often replayed the same ones over and over again and scoured the map for more instances.

As far as remasters go, Saints Row: The Third does a damn good job of bringing the nine-year-old game up to the standards of this generation. It looks just as good as any game of similar caliber you’d expect to see today, and almost all of the visual effects have been beautifully reworked for this remaster. The lighting is gorgeous, the colors are vivid, and the vehicle, character and gun models look much more enhanced than their 2011 parallels. If I didn’t know better, I would never suspect this game to be a last-gen release. 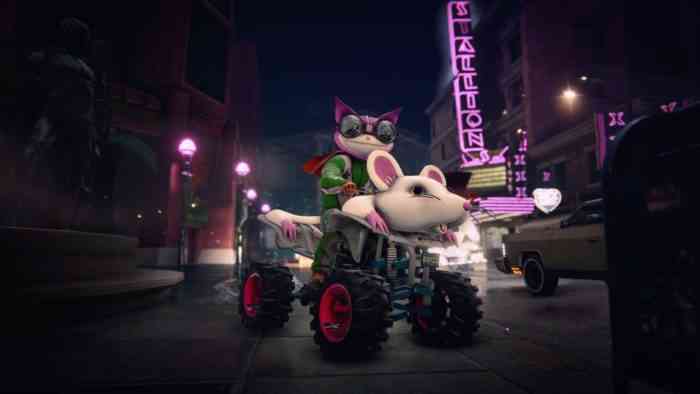 One of the most exhilarating features of the Saints Row remaster is the inclusion of every DLC from the original release. Right out of the gate, you can access a catalog of different weapons, outfits and vehicles from 30 different DLC packs, which surprisingly provides more entertainment than you’d think. I’ve never been one for cosmetic add-ons or minor DLCs, but I have to admit that some of the additions brought me a ton of joy. Some honorable mentions include the Hot Dog suit, the Salem broomstick, and the Shark-O-Matic shotgun, which flings fish chum at your enemies and summons a bloodthirsty great white from underground to chomp the poor bastards up. I also had a blast with the singing Mollusk Launcher that shoots octopi at people’s heads and controls their minds, and the Genki Manapult: a truck that can vacuum up pedestrians and fire them out of a cannon at will. Add these silly and spectacular items to the already-overwhelming selection of character and vehicle customizations, and you’ll never run out of ways to adorn your Saint and wreak havoc on the city.

In many hours of play, I never ran into any performance issues aside from some amusing glitches, but the game is majorly flawed with its dim-witted AI.  Enemy AIs often don’t acknowledge you in any way when you approach during a mission or activity, and friendly AIs aren’t much better. Many missions place team members in the driver’s seat and put the player in charge of fighting off the enemies, but the AI manages to drive even worse than I do — and trust me, that says a lot. In some cases, the terrible driving actually forces you to manually restart from a checkpoint when the AI gets stuck off-track and won’t turn the car around or back up. It’s not a deal breaker, but it is a disappointing kink that should have been ironed out long ago. 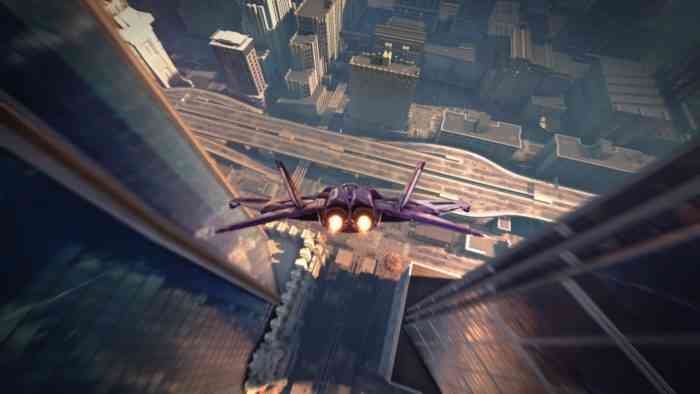 Another flaw of the game is the immersion break that occurs with the constant transitional loading screens. Saints Row is replete with action-packed cut scenes that lead into flashy shooting segments such as during freefalls, but the transition between the two is always a minor loading screen that completely fractures the seams. If Saints Row is a game that aims to make you feel like a badass, it takes away the thrill by breaking this immersion.

Saints Row is unrealistic in the best way possible, and what it lacks in substance it makes up for in outrageous antics and a priceless, middle-school sense of humor. It’s an absolute riot, and it never seems to draw its boundaries. Steelport is an adult playground for blood, gore and sex, and there’s no consequence for the violence and chaos you can induce. Almost everything about the remaster is fantastic, from the catchy soundtrack to the buttery smooth combat. It’s not a game you’d want your children to play by any means, but for everyone else of appropriate age and discretion, it’s a wicked good time.