If you take a look at forums, or even our own comment sections, you’ll likely see gamers talking about how games should be developed. Sure, many of them haven’t written a single line of code in their lives, but they’re ready and willing to tell others how to do their job. That disconnect is what makes developer Question’s The Magic Circle such an interesting game, as it attempts to bridge the gap between gamers and developers. By doing so, it even teaches gamers a little bit about how the creation process works.

The Magic Circle: Gold Edition is ultimately a video game about finishing another video game. Yeah, it’s extremely meta, and those familiar with game development will find a lot of fun winks and nods in the game. That said, you don’t need to know anything coding to enjoy the game, and you’ll actually have a more revelatory experience if you come in blind.

Players assume the role of a quality assurance tester who is hired to make sure a demo of the long in-development game is presentable for the cheekily named E4 conference. The game the player is working on has had a development history that would make Duke Nukem Forever blush, and is the sequel to a text adventure that spawned a cult following. It’s fallen down the vaporware hole, though, due to the two leads on the project constantly arguing over major design points.

“The Magic Circle: Gold Edition is ultimately a video game about finishing another video game.”

The player, after meeting a rogue artificial intelligence who acts as a guide, then decides to complete the game himself. To do this, they’ll have to restore portions of the game that have been deleted in the 20 year development cycle. It’s an interesting set up, and a series of collectible audio logs keeps you informed of the real life drama going on behind-the-scenes and why the game has been such an unfinished mess despite being a labor of love.

Gameplay within The Magic Circle revolves around modifying enemy’s programming. Does a foe attack the player on sight? Simply modify his code so that he views the player as an ally. Just like a developer, you get to play God here, and it’s extremely satisfying. 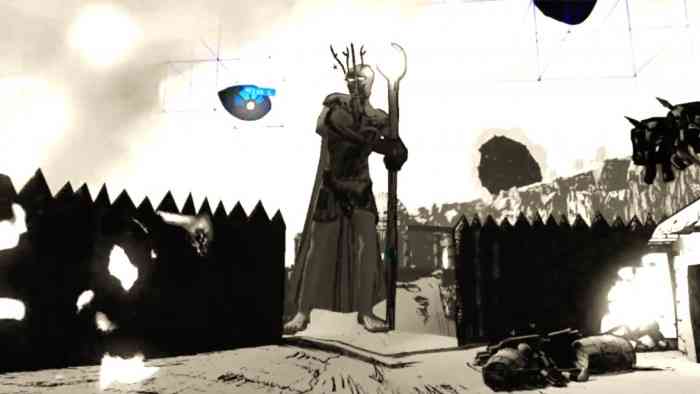 There wouldn’t be much of a challenge if you could just reprogram any enemy at will, though, so the game makes you work for it. Every command and special ability will have to be taken from other enemies (or objects such as rocks) in order to use them on others. So, if you want to make a rat fireproof, you’ll have to steal that ability from a rock first.

Most of the game revolves around this brand of puzzle solving. Players will often need to recognize what they need to do, such as float to a previously inaccessible area, but will need to find the proper skill before doing so. A lot of the game’s puzzles can be tackled in a myriad of different ways, though, so creativity is king here. I had a lot of fun looking at puzzle solutions after I beat the game, and seeing how other users tackled the same challenges I faced.

Without spoiling the twists and turns that The Magic Circle’s story, and gameplay, takes, it’s worth mentioning that Question has done a phenomenal job of making players interested in the simple joy of manipulating A.I. and coding. Much like Tomorrow Corporation’s Human Resource Machine, players will likely discover a new skill that they might wish to flesh out afterwards. It’s awesome, and hopefully The Magic Circle will inspire some gamers to become creators.

“There’s a ton of replayability, however, and the game’s trophies reward multiple playthroughs.”

There are a few issues and disappointments, though. Most importantly the game is hampered with a few small, yet annoying, technical issues. Sometimes the frame-rate will slow down, especially if you have a lot of characters on the screen at once. While there’s clearly a lot going on in the background, it’s disappointing that the game doesn’t run as smoothly as it should.

The Magic Circle: Gold Edition is also a pretty short game. Depending on how difficult you find some of the puzzles, and if you want to try to collect everything, your trek into game development will only last a handful of hours. There’s a ton of replayability, however, and the game’s trophies reward multiple playthroughs.

Everything from the concept to the way The Magic Circle tackles puzzle solving is unique. Question has pulled off quite the feat in making a game that is inspirational on several levels, one that rewards, and fosters, creativity. This is an adventure that needs to be played. 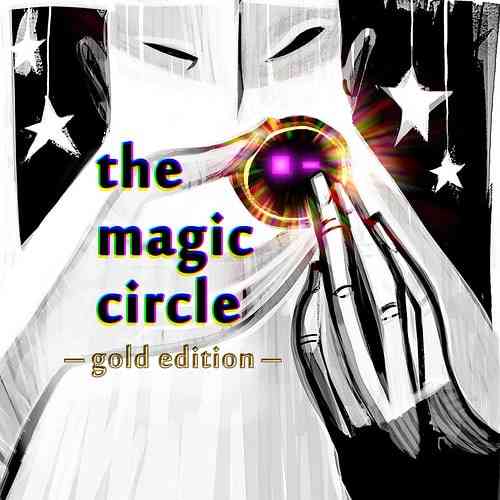