The Last Stand: Aftermath Review – Hey, You Got Roguelite in my Zombie Game

We all know that zombies and roguelites go together like peanut butter and jelly. They’re a go-to combination with built in elements of tension and survival, but the downside for developers is making something that stands out and rises above the increasingly dense landscape of thematically and mechanically similar games. The Last Stand: Aftermath does some smart things with its familiar setting in the hopes of staking out a small piece of turf to call its own.

The Last Stand Aftermath is a third person looter shooter with a bit of twin stick combat blended in. You play as one of the few survivors of a zombie apocalypse, with the twist that since you’re already infected with the zombie plague, you might as well be of some use to the rest of humanity and spend your remaining bit of time on earth scavenging the detritus of civilization for supplies. You drive off in a rickety old car, eventually run out of fuel, and then begin to search the area for weapons, ammo, fuel, batteries and a Costco’s worth of useful stuff, not to mention, fellow survivors. If you find gas for the car, you can progress to the next area, and if you find a med station you can stave off the effects of zombie-dom a little longer. At some point you will die, but the good news — as such — is that although you’ll hop back on the treadmill as a new survivor, the supplies and knowledge you unlocked will stay with you, along with your perks and upgrades. The mechanic of swapping in a new survivor for each run, each a different class of character, helps alleviate some of the tedium that is inherent in many roguelike/lite games. That, and the distribution of enemies and loot is procedurally generated. Of course, the randomization of loot and zombies also means that you can have a spectacular run or an immediately deadly one. 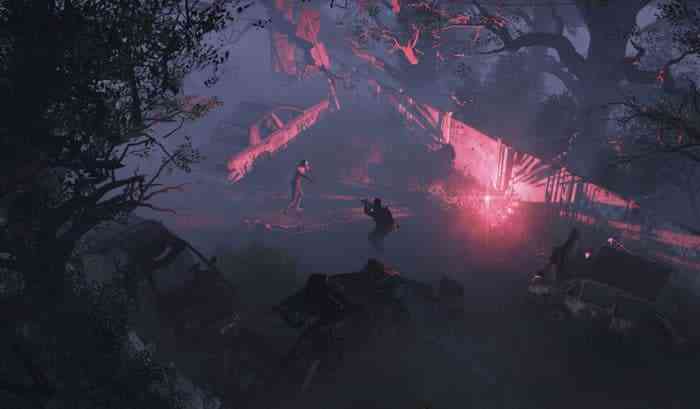 In terms of its mechanics, combat, world building and crafting, The Last Stand: Aftermath is almost entirely successful in creating a truly immersive and believable plague-ridden landscape. There are few concessions for the sake of ease, and virtually no moments of repose. Especially early in a run, survival is tenuous at best and quite challenging. There are multiple types of infected and healing is in very short supply, along with ammo, fuel and other essentials. It is quite easy to become overwhelmed. There are a large number of weapon types from pistols to shotguns and rifles, but they all have an optimal range and rate of fire, so that slow loading, high caliber rifle is next to useless against a crowd of infected trying read the washing instructions inside your collar.

Takin’ It to the Streets

Aftermath’s environments, from post-apocalyptic semi-rural suburbia to post-apocalyptic city streets, are often dark and menacing but absolutely believable and full of detail and depressingly bleak character. They are immensely engaging to explore, and finding a rare item or even just a more powerful weapon feels earned and exciting. For a third person action game, both melee and ranged weapons are impactful and a ton of fun to use, made more effective by the game’s outstanding but subtle audio design. The environments also offer a wide range of obstacles like walls, wreckage and fences to use against the zombies, as cover and temporary shield. Accessing the game’s inventory screen does not pause the action. 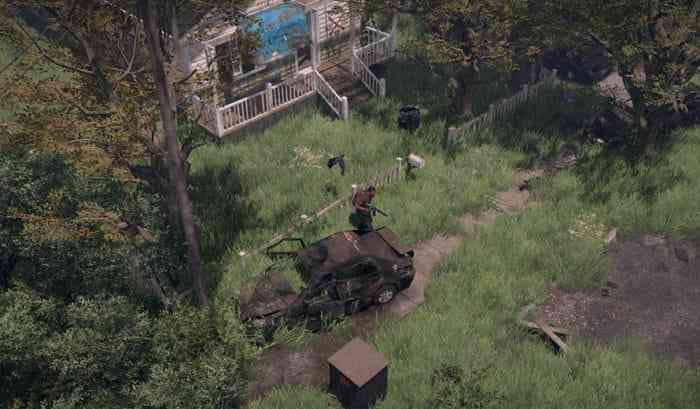 My enjoyment of Aftermath was only inhibited by a few small issues. There were some minor bugs, but my biggest complaint comes from the procedurally generated distribution of resources. I had more than one run where early levels were almost devoid of useful items or ammo, and of course if you manage to find enough gas to move forward, you enter the next and more difficult area at a disadvantage. There were definitely some times when the game’s relatively limited camera became an additional enemy, and the process of picking up an item or interacting with the environment is a button press that takes a very long time, frustrating in the middle of a heated exchange. The twin stick style aiming can also frustrate when there are multiple enemies and some sort of lock-on would be really helpful. 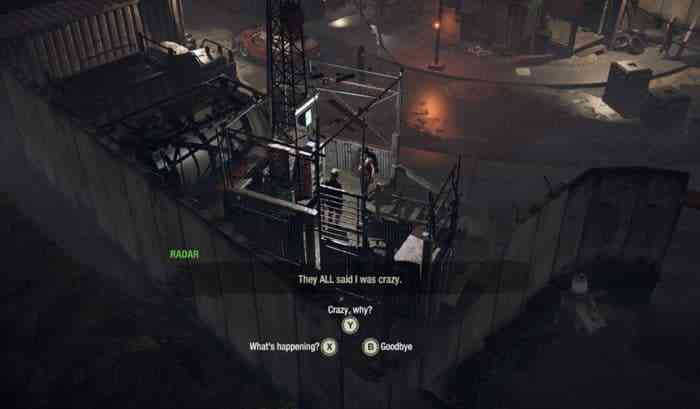 The Last Stand: Aftermath is supposed to be challenging, though, so some of the quality of life mechanics I want to see are probably absent by design. As it is, The Last Stand: Aftermath distinguishes itself from other zombie survival/roguelite games by virtue of its unique new character respawn idea and the incredibly detailed and believable post-zombie apocalypse world it imagines. The ability to retain gear and perks between deaths leavens the difficulty enough to let the addictive, just-one-more-try elements shine through. I’ve yet to reach the final stage, but I’ll keep trying. 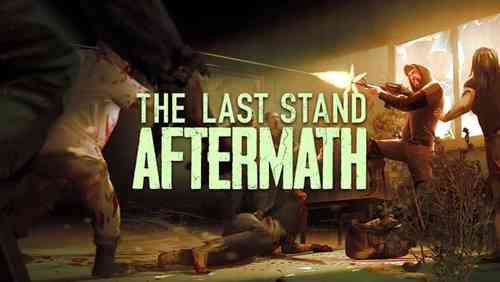 Achilles: Legends Untold is Dark Souls in Sandals
Next Pokemon Brilliant Diamond and Shining Pearl Review – Baffling Yet Fun
Previous Sherlock Holmes Chapter One Review – The Most Ambitious Mystery Yet