The Entropy Centre is a puzzle/platformer from solo indie developer, Stubby Games that borrows from the best. The best being Valve’s 2007 Portal. It’s apparent from the moment you start the game, that The Entropy Centre’s ancestry is firmly linked to Portal. You can check out our preview here for the game – The Entropy Centre.

For the uninitiated, Portal is a room escape puzzler with what has become an iconic gameplay mechanic, the portal gun. You solve cleverly designed puzzles by manipulating objects and discovering how to access unreachable areas of a room or rooms.

The Entry Centre takes the Portal concept and re-imagines it with a twist. Rather than escaping rooms via portals, you manipulate objects through reversing entropy. What this means is you move objects back and forth through time. The object of this movement is to have the block or switch end up in a position that opens a door or throws a switch.

Even the setting and protagonist are like Portal. You are an amnesiac female tester working in a research lab, not on Earth, but in orbit. Unlike Portal, where you could occasionally see yourself, the mechanics of this game don’t afford you the same opportunity.

Solving Puzzles to Save Earth

The stakes are high. Earth is ablaze due to an extinction level event. It is up to you to journey from the outer edge of the lab to its very center. For at the center, lies the solution to the salvation of the planet. The Entropy Centre storyline unveils itself through a combination of announcements, conversations with ASTRID, and 76 collectible emails scattered throughout the game.

The only way to get to the center is by solving room puzzles that make up each level of the lab. Instead of a portal gun, they equip you with an AI Enhanced gun. The gun is a Handheld Entropy Device or HED with a built in AI called ASTRA. With ASTRA’s aid, you scan objects to find out their positional track through space and time. It’s akin to accessing the GPS records of a mobile device but for any object. 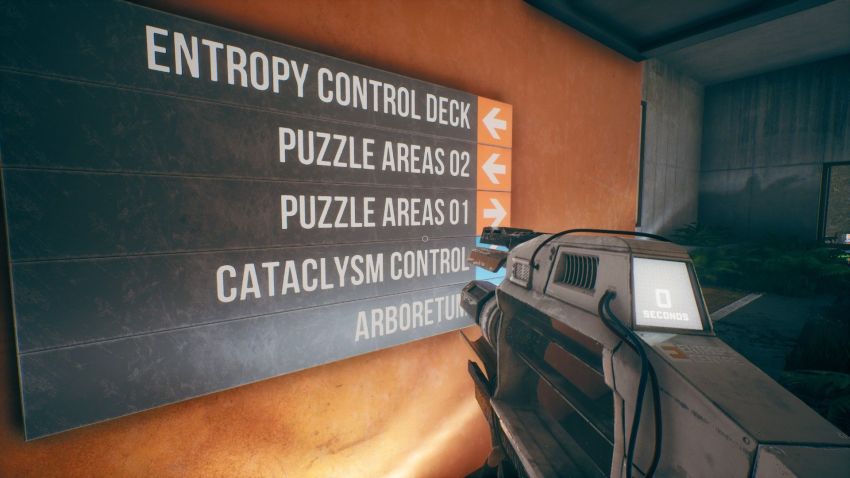 A trail of green cubes shows the track of an object. As you move the object through its path, the squares turn from green to red. This mechanic is used to place blocks on platforms that open doors etc, much like in Portal. Or place items to a spot that allows you to traverse over open areas acting like a trampoline.

The Entropy Centre introduces the intricacies of the entropy mechanics via tutorial levels. Here you learn to pick up objects such as cubes and volleyballs. Then you step through how to use the HED to move objects back through time.

The Entropy Centre Takes You Back To The Past

Several actions are available, such as rewind, stop rewind, use, throw, and reset. Throw and use take place in the normal time. The other commands: rewind, stop rewind, and reset are tied to moving objects back through time and the environment at the same time. Resetting is useful when a solution doesn’t work out. However, there are force field barriers you can pass through, but at the cost of loss of any entropy data as well as destroying cubes.

Other puzzle mechanics involve manipulating cubes to bypass force field barriers. There is also verticality to some puzzles that come in two flavors. The first involves solving puzzles by moving cubes from lower to higher areas. The second way is through jump cubes, which act like trampolines. 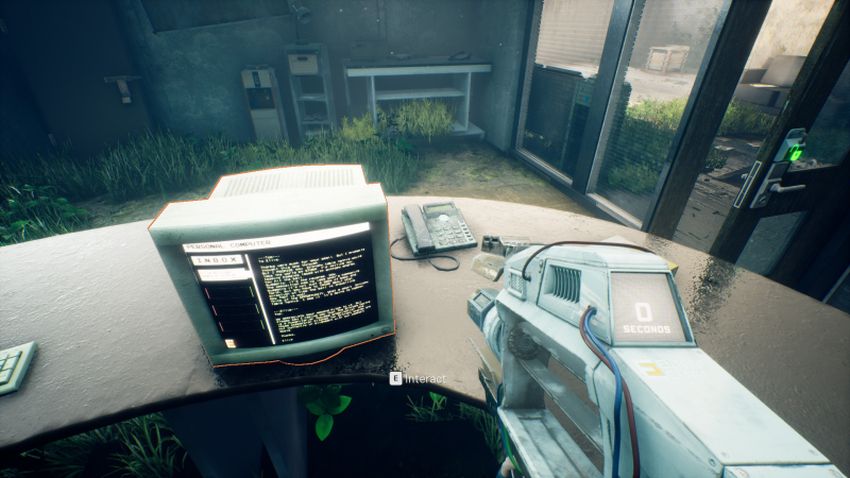 The Entropy Centre mechanic is unique in another way. Some puzzles only require the use of the cubes to solve them. The more complex puzzles will also require you to visualize where to place yourself within the room. This comes into play when the jump cubes are introduced. Your position becomes a vital part of the solution when levels with verticality have more than two floors.

Other mechanics are possible with the HED, such as the removal of rubble. By reversing time, you can take a pile of rubble and return the material to its original form, say a wall or pillars. To change things up, between the puzzle levels, you will encounter environmental issues. One scenario has you on a tram on a suspended track. As you travel on the tram, structures are falling and destroying the track. You have to use the HED to avoid death.

Adding Urgency to the Puzzles

Of course, there will be enemies to battle or avoid or possibly turn to your side. These robots come across like Huey, Dewey, and Louie from the 1972 Bruce Dern SF flick – Silent Running. Some robots are friendly and denoted by a smiley face on their display. Other robots treat you as an intruder, identified with frowning displays.

To add a further sense of urgency, you will often see the earth and the damage being inflicted upon it. Part of the gameplay includes storing enough entropic energy to reverse the ruin that has befallen Earth. 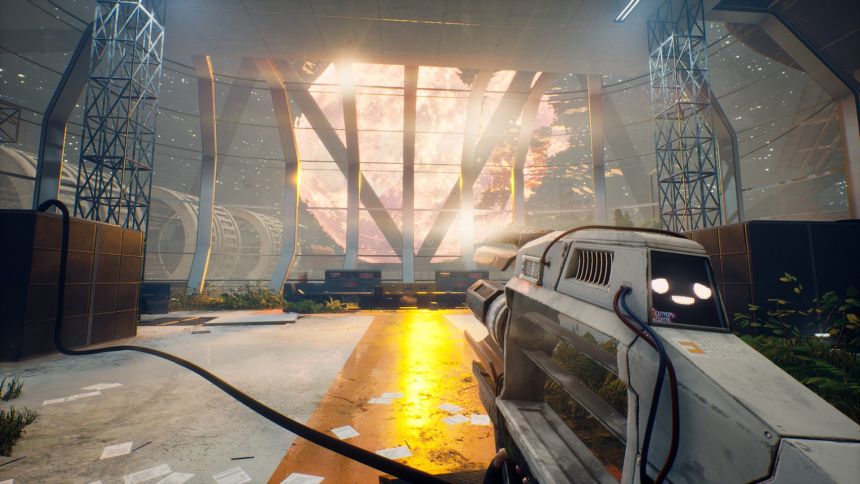 This is a worthy successor to Valve’s Portal games. It doesn’t have the polish and production values of those games but makes up for those shortcomings with it’s gameplay. If you love Portal, you, at the very least, really like The Entropy Centre. The Entropy Centre aims to bring a new meaning to the slogan: Build a Better Tomorrow. The release date is November 3, 2022 and the game will be available on most gaming platforms: Steam, Playstation, and XBox.

Only 3 save slots
Only select objects are interactive 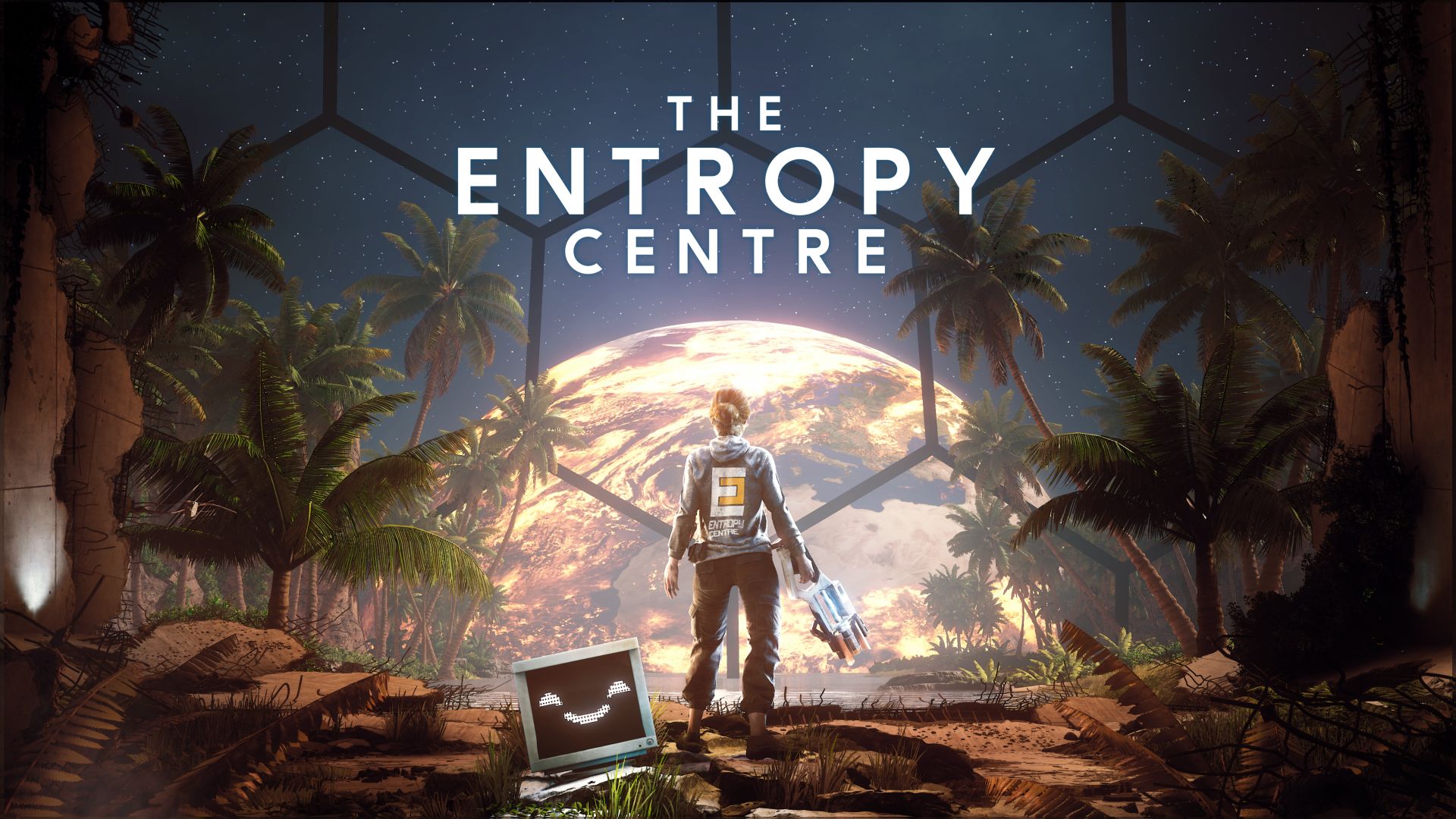 
The Entropy Centre – A Portal By Any Other Name