Maybe you’re an easy mark for a tactical RPG. You see a movement grid, and your heart flutters. With just one look at Symphony of War: The Nephillim Saga, you can already tell it’s going to hit all the right buttons. But this is more than just another derivative tactics RPG. Symphony of War is a surprisingly deep and nuanced game, with plenty of surprises in store.

From looking at screenshots, you wouldn’t be wrong in thinking Symphony of War is something like Final Fantasy Tactics. There’s definitely a lot of that, along with Fire Emblem and Fell Seal: Arbiter’s Mark. There’s also a fair bit of Battle Brothers. This is all to say that Symphony of War wears a lot of influences, but combines them to make something unique. 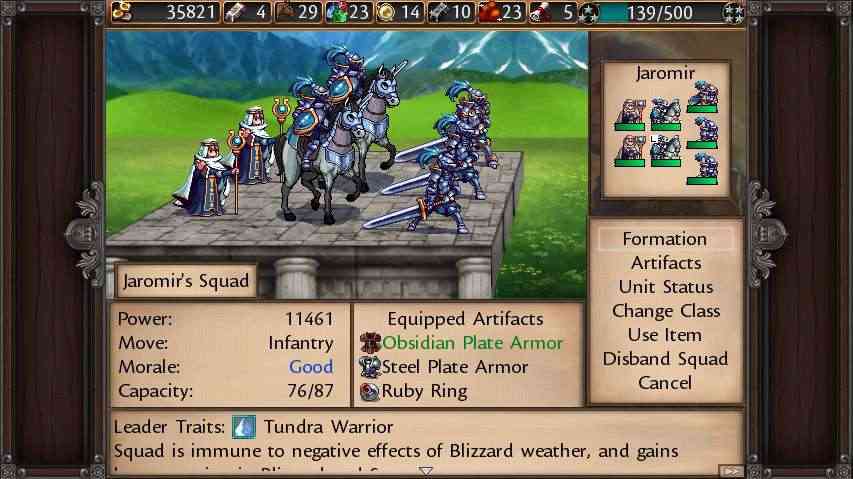 Once you pick a gender and name for your protagonist, you are thrust into a world of dukes and intrigue. This sort of fantasy setting is not new to the genre, and nothing about it set my world on fire. But the story gets the job done, and the world has everything you could want, from dragons to necromancers to angels. (I mean, there’s no dog-general like in Wargroove, but dragons are still cool.)

Symphony of War really shines when you’re handed the tools to build your squads. “Try to experiment with classes,” the game says after you beat the first mission. It’s almost like a challenge. Unlike most of the other games in the genre, you have full granular control over squad makeup. Every unit has a leader, and a 3×3 grid to place other units. You can mix and match strong units with weaker ones, or create a versatile squad that covers a lot of bases. Or you could do what I did and put your strongest dragon together with your best healer and spread the burnination across the map. 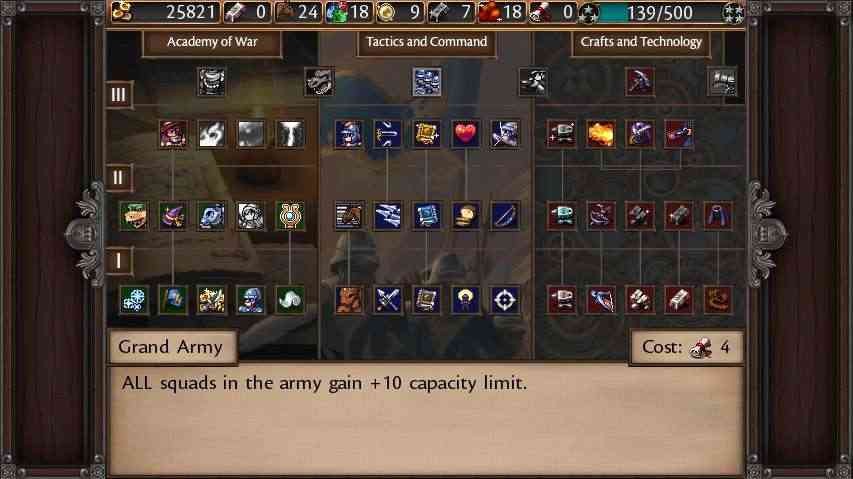 This system is fun, and you will constantly be tweaking your squads and giving them new items to try and perfect your army. There are so many configurations, and new options are parceled out at a good rate. Every one of your units can grow and change into different classes, and its easy to lose time playing with all of your options. Not only that, this constant fiddling gave me a new way to spend time with the characters, making it all the more personal when they died (you can toggle permadeath on or off).

Despite the familiarity of the story, I found myself falling for some of the characters. More than that, the dialogue between the missions and in battle really sold me on the character relationships. Some of them felt human. Others were fantasy cliches, or the annoying lisping archer guy with the personality of mashed potatoes. My favorite was obviously the archetype-defying bad-girl healer. 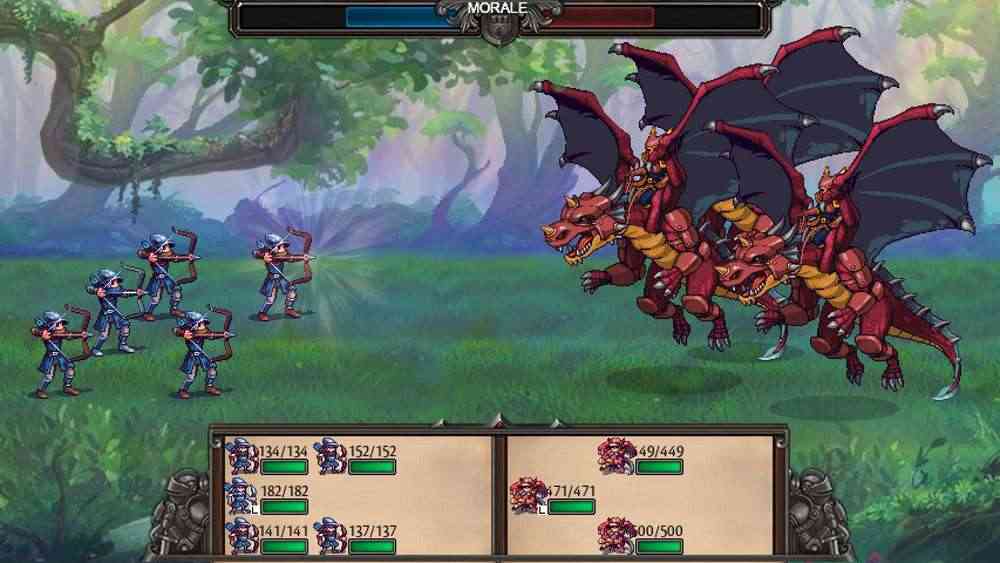 Bad interface might be part of the genre at this point. I asked myself if the menus in Symphony of War were as awkward as Fire Emblem: Three Houses. They aren’t, but it’s closer than I’d like. Promoting units is under an option called “change class” which is in a different place for guys who are in a unit from the guys in your reserves. And it’d be nice to be able to pause, exit, and load your game on the enemy’s turn, especially when it takes minutes for every NPC to move.

You may hear a title like Symphony of War and wonder why they are calling attention to music. Good news! The music in Symphony of War rules. It’s incredible 90s JRPG music, as fits the art style and setting. The marches and dirges are broken up by some power metal meedly meedly guitars, and that’s when you know that this is supposed to be a huge moment. 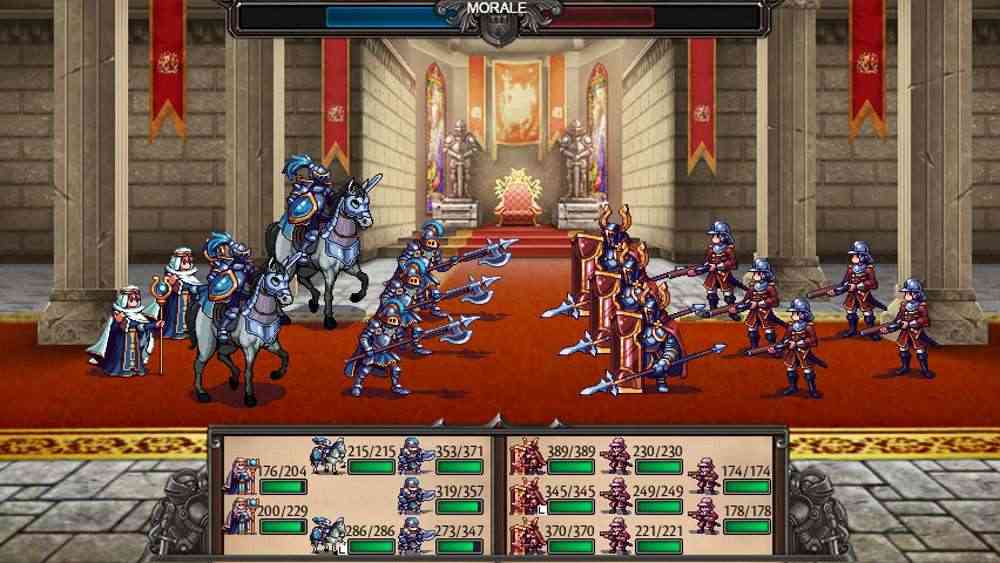 The sound design is supported by an old fashioned art design that gets the job done. Sometimes it looks like a very attractive GBA game and sometimes the portraits are distractingly higher res than the character models. Classic game weirdness! And that’s the thing- Symphony of War doesn’t get perfect marks across the board. But it adds up to more than a sum of its parts. Once you start noticing how elegantly all of Symphony of War’s systems interact, you’ll never be able to go back.