Back when I was still just a young gamer, Tony Hawk’s Pro Skater 2 came out and changed the way I played games. With its addictive soundtrack and lengthy move list, I would daydream about playing it while I was in class, when I was eating dinner, or even as I drifted off to sleep. For a couple of months, it was my entire life. For years after, the series continued but virtual skateboarding was never the same (even with a new edition coming out just last year). Now, it’s 2017 and Climax Studios has addressed the lack of entertaining extreme sports but they have decided to move out to the water. Surf World Series lets you tear up the ocean with a board, a wet suit, and some killer waves and is one of the most fun sports games I’ve played in many years.

Surf World Series has you play events across all the best surfing spots across the world. From the rough waves of Hawaii to the killer surf of Brazil, you get to hit up all the best beaches across the globe. Running on Unreal 4, the environments are stunning, making you genuinely feel like you’re at each of the beaches. Adding to the beauty of the landscape, the waves at each of the beaches are different and you have to ride them a couple of runs before you really get a feel for the new location. This brings a real authentic feeling to the whole thing as it doesn’t just feel like you’re pulling the same moves off in a controlled environment like the practice pool. Instead, each event looks and feels unique, even giving you challenges that are designed around the conditions of each beach.

The events are tiered by rank, so you work your way up from rookie to master. Obviously, the deeper you get the more challenging the events are and they really force you to master your game. What seems like an easy score to hit or challenge to accomplish will become an ordeal before long if you continue to simply repeat moves. The better you get at timing your spins, riding the tunnel, and mastering your take off for tricks, the more fun you’ll have as you get deeper into the game.

“This brings a real authentic feeling to the whole thing as it doesn’t just feel like you’re pulling the same moves off in a controlled environment like the practice pool.”

If you don’t feel like playing any of the 40 plus events, well, hop online and play an event there. Or play free surf. Not your thing? Well, how about survival mode where you see how long you can ride a wave for? Or how about Wipeout where you ride as many waves and rack up as many points as possible? The point is, there are a ton of ways to carve up the waves in Surf World Series ensuring you won’t get bored of the game anytime soon. While you can’t custom create your character, there are a few different models that you can pick that you feel suits you best. You can customize your board and outfit though, unlocking more options as you go and making the character more unique to yourself.

The only real downside to the game is that when you’re trying to get your timing right or trying to master a new beach, you’re going to wipe out a lot. Every time you wipe out, they have to remind you of what you’re trying to do, which had me mashing X quite a bit, only to hit it once too many and surfer tried to stand up, which led him to wipe out again. As well, if you have to do an event where your average score from more than one round must beat a top score, and you wipe out in the second round, you have to start all over again. For the most part, those were the events I found the most annoying and time consuming. Also, I felt they could have really amped the soundtrack up as it seemed a little too laid back for me but I’m not really into the surf scene, so maybe it’s perfect. Just seemed a little mellow to me. 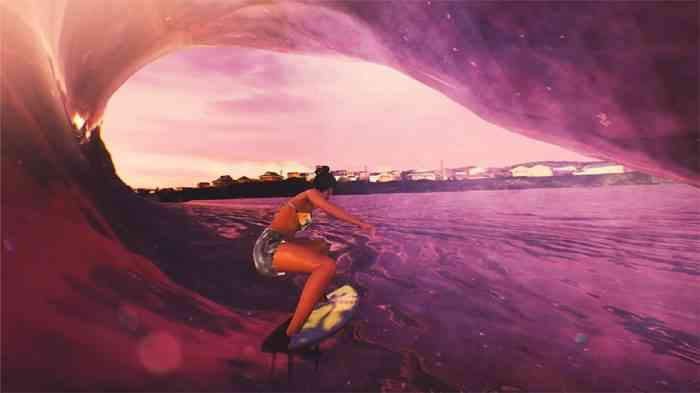 This may not seem like I’ve written a lot about this game but, like Surf World Series, it’s to the point and it tells you exactly what it needs to – Surf World Series is a great surfing game. I don’t even think I can name another surfing game, let alone one that is beautiful, fun, and pretty addictive too. I have a non-gamer friend who is heavy into extreme sports who I’m fairly certain put more time in than I did on this one. For me, personally, it brought nostalgic feels of those days long ago of playing Tony Hawk with my friends. Instead of a tagged up skate park, though, Surf drops you into some of the most beautiful areas of the world and lets you ride the waves to your heart’s content.

If you’re interested in surfing or if you just want a fun game to blow some steam off with, you should really think about Surf World Series. You’ll be shouting ‘cowabunga’ at the top of your lungs before you know it. 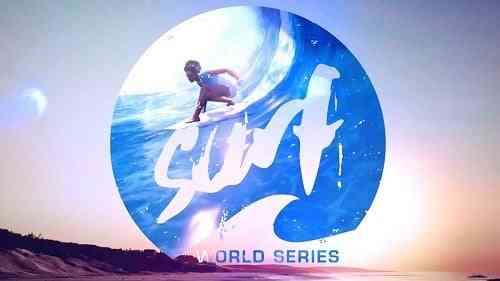