Songbringer is the latest in a long line of games that have tried to capture the essence of The Legend of Zelda. On the surface, it does quite well: Super Nintendo era top down view? Check. Dungeons? Check. Grid-based maps? Check. A powerful sword of legend? Check. Calling Songbringer a simple Zelda clone would be doing it a huge disservice, however, as the game under the familiar surface is fascinating.

Songbringer puts me in the shoes of Roq Epimetheos, a hard-partying musician that unwittingly stumbles upon the Nanosword on Planet Ezkera, stirring a sleeping evil when he retrieves it. The humming sword turns him into an unlikely hero tasked with slaying the evil of Ezkera, kicking off this epic adventure.

The first major plus about this game is the freedom it provides: after the game begins I can walk wherever the heck I want, battling enemies and investigating caves. I might find a full dungeon with puzzles, enemies, and new equipment, or I could find a sleeping being that I can’t do anything about when I find it. Adventuring happens on my terms, taking whichever path I want when I want to take it, and that is a wonderful feeling. Sometimes that path can lead to me getting my butt kicked, and that sort of difficulty spike isn’t great, but the forgiving save system lets me try it again until I get it right. Songbringer truly feels like my adventure is my own, a unique tale woven by my choices.

“Songbringer truly feels like my adventure is my own, a unique tale woven by my choices.”

Even more impressive is the game’s procedural nature, which not only offers multiple version of Ekzerra to be played but allows me to share my world with friends through the “world seed” system. Worlds are generated from “seeds” of six letters, named at the beginning of my quest. All six-letter seeds are different from each other, but that specific seed is the same across all platforms.

For example, say my seed is called “Canada.” I finished the “Canada” world seed, then decide to try again with “Murica.” The “Murica” world seed will be completely different from “Canada,” but if on the third go-round I write “Canada” in again the world will be the same as the first playthrough. I can then tell a friend to play “Canada” and he or she will get the same world as my first run-through. It’s a novel system, creating singular experiences but giving the option of sharing that world with another to see how that player would approach that same world. 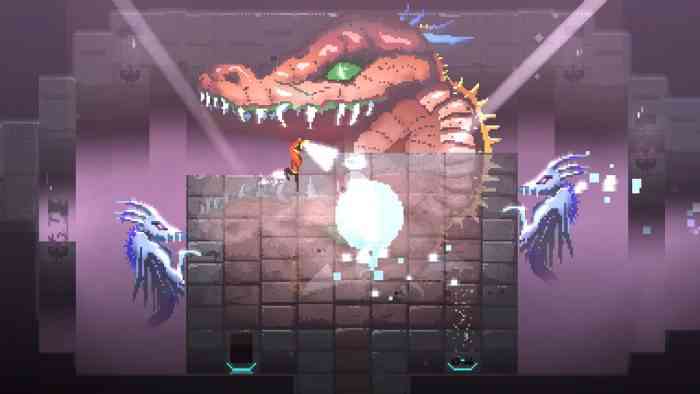 Combat is straightforward, when I see an enemy I attack it with my sword and other items, but the game isn’t very consistent on when I’m actually landing hits. Sometimes a sword swoop will whiff even when I’m right next to an enemy, only for the enemy to then damage me. At one point I swung quickly twice at an enemy that didn’t move, only for the first swing to miss and the second to land. It’s strange to see that sort of disparity, and it makes approaching enemies more difficult than it needs to be.

“It’s not a perfect adventure, and there will be some frustrating moments, but I’m ready to hear more of the song that this game brings.”

Luckily Roq’s arsenal of weapons and items make up for that issue, offering me multiple options for each battle. The Top Hat works like a boomerang, damaging enemies both on the way out and as it returns to me. Bombs are pretty self-explanatory, though I do find it interesting that they explode in a T-formation a la a Bomberman game instead of just a quick explosion. The Blink Orb lets me dash a few steps ahead and phase through enemies, which is great for avoiding combat when I’m low on health and can be buffered to turn me into a fireball during each blink. Gathering these items quickly is key to surviving in Songbringer’s world, as they all come in handy as soon as they’re found.

Songbringer may take some cues from Nintendo’s popular adventure series, but it also brings enough to the table that I want to keep on playing it. I want to explore new seeds, see new puzzles, and fight tough bosses. Exploring different seeds feels like a privilege rather than a chore, which means that Songbringer has done its job well. It’s not a perfect adventure, and there will be some frustrating moments, but I’m ready to hear more of the song that this game brings. 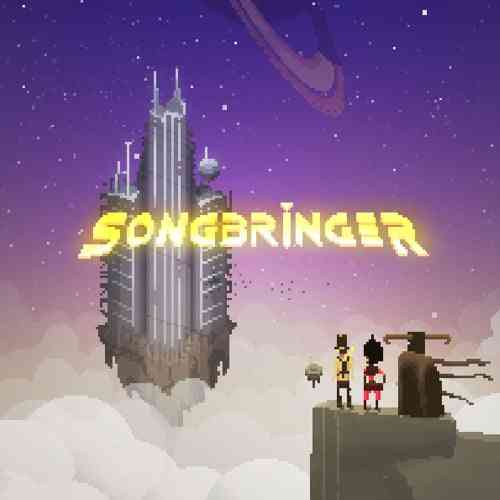