More often than not, Switch versions of first-party Nintendo Games will feel like straight up ports. No serious frills, no big changes. On the other hand, Super Mario 3D World + Bowser’s Fury sets a different standard. This revival of the celebrated Wii U game comes with an expansion, a meaty DLC that deftly blends multiple eras of 3D Mario titles. Even if you’ve played a ton of the original game, there’s still some fresh content to be explored.

Bowser’s Fury, the expansion in question, takes place on a chain of tiny islands. Bowser has been afflicted by a Mario Sunshine style curse, making him Godzilla-sized and quite angry. Your task is to team up with Bowser Jr. and knock his dad down to size once more. Beyond the Sunshine narrative connection, there are also 3d World mechanics to play with, as well as some Odyssey-style exploration to indulge in. The end result is a bite-sized adventure that feels like several 3D Mario games at once. While most Mario games take inspiration from the franchise’s complete history, Bowser’s Fury feels like more of an explicit compilation of sorts. Thankfully, the game is also pretty fun!

Playing All The Hits

It’s impossible to talk about Bowser’s Fury without mentioning Bowser himself. He’s a constant presence during your playthrough, and he’s not a passive presence, either. Before long, the rain kicks up, and the storm that is Bowser begins. You can’t fight even fight back unless you’ve collected enough Cat Shines to match him in size. The boss fights themselves are simple enough. The real challenge lies in getting enough Cat Shines to start one of them. Even then, the game’s not too tough for most of its runtime. Like most 3D Mario games, you can get through a significant portion of it before things get really spicy. 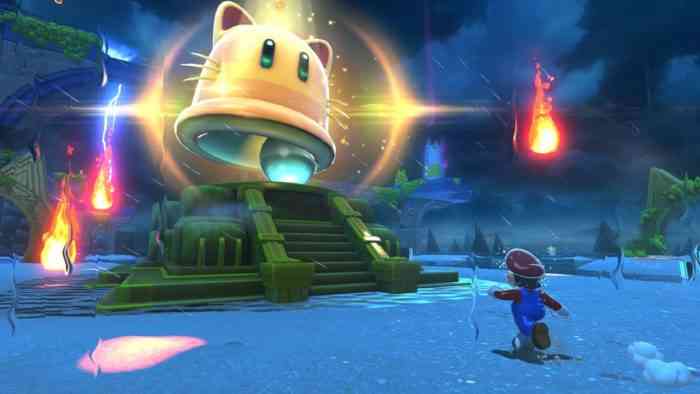 Unlike 3D Mario World, there’s no life system to speak of. You just lose 50 coins (if you’ve got them) when you’re killed. On the flip side, acquiring 100 coins merely adds a power-up to your inventory. You can bank a pretty healthy amount of items, which can then be accessed at any time whatsoever. This takes the teeth out of boss fights, but it also frees you from any frantic hunts for a cat bell or fire flower when you desperately need one. The entire game takes place within a single massive map, so there’s no ‘stages’ like there are in 3D World. Certain chunks of the map are unlocked as you go, but otherwise, you’re free to explore how you wish.

The Bowser boss fights can get a bit repetitive, but they never fully wore out their welcome for me. This might have had more to do with the length of the game than anything else. You don’t go through the standard list of biomes, opting instead to fully explore this strange, scattered island chain. The overall difficulty level is a bit low, with all the tough bits isolated in a series of separate challenges. Even the fights with Bowser himself feel like foregone conclusions. Although the game is all about him, the real meat of the gameplay is in the regular stage challenges.

And if you need a break from Bowser’s Fury, there’s a complete second game to get through! I missed Super Mario 3D World back in 2013, much like I missed every game for the Wii U. If this is your first time digging into the game, you’re in luck! This is an excellent 3D adventure. Every character plays differently, each stage feels fresh, and the Nintendo polish on display is just breathtaking. As far as Mario games go, this one is a proper knockout. On the other hand, there isn’t anything new here. If you actually played the original version, you’ll find precious little in the way of surprises.

For those players unfamiliar with the original 3D World, it goes like this: Bowser is capturing fairies in order to use them as a power source? Or maybe he’s just preventing them from doing their essential fairy work. Also, there are cat powers involved, and most of the plumbing is transparent. To be honest, the narrative in 3D World is pretty thin. But that’s not the major draw for a good Mario game. No, you’re here for the action, of which there’s plenty. If you’ve got enough people in your household for multiplayer, then 3D World blossoms into a difference experience altogether. Whereas Bowser’s Fury is a laid-back island-hopping tour, multiplayer 3D World is a frantic mish-mash of stolen items and falling deaths. It’s terrific, if you’re into that sort of thing. 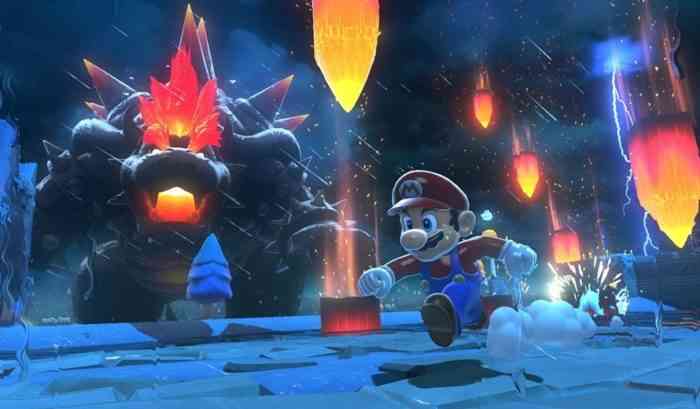 These two titles offer distinct, yet familiar, Mario experiences. Especially if you’re new to 3D World, this double feature is an absolute steal of a deal. A massive stage-based 3D platformer AND a blissful Odyssey-style toybox? Say no more! On the other hand, anyone who played this back in 2013 has a more nuanced decision to make. While 3D World is still amazing, it’s exactly what you remember from the Wii U days. Whether or not Bowser’s Fury is enough of a draw to pull you back in depends on what sort of Mario game you’re hungry for. If it’s more 3D World, you might be left wanting. Alternately, if you’re open to something slightly unlike anything that’s come before, maybe Super Mario 3D World + Bowser’s Fury will be a perfect fit. 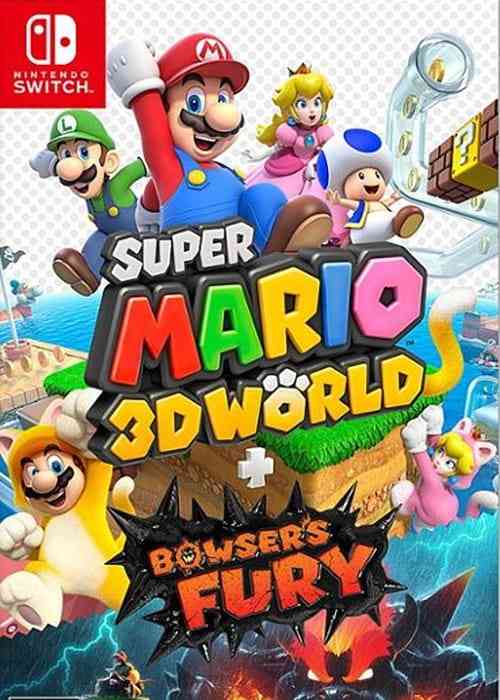