The thought of playing a big space grand-strategy 4X on anything but a keyboard and mouse is almost comical to me. The strategy game genre, for all its finite intricacies and micromanaging, feel so at home on a standard PC setup that it isn’t hard to figure out why its never quite found its footing in the console space. While there are a few notable exceptions like Halo Wars and Civilization VI that manage to work around the gamepad limitations to a successful degree, it’s actually Stellaris: Console Edition from Paradox Interactive that truly raises the bar for what’s possible for strategy games on a console.

Paradox has done a remarkable job translating what is otherwise a complex space opera strategy game to a console controller. I wouldn’t say it’s easier than using a keyboard and mouse but if you don’t have the hardware to play it on PC, the console editions are certainly no slouch. As someone who typically prefers a gamepad in hand anyway, it felt like a brand new experience to manage and build my space empire on my 55-inch TV from the comfort of my couch.

To Infinity and Beyond

If you’ve ever dreamed of controlling, designing, and managing your very own space empire, Stellaris is the game for you. It’s wildly ambitious and doesn’t feel like any 4X game before it. The formula steel rings true — explore, expand, exploit, exterminate — but the level of finite control you have is literally out of this world. Stellaris begins with you choosing a race and defining a smorgasbord of traits. Want to run a dictatorship of reptilian beings that rule the galaxy? Check. A fungoid species that want nothing more than a peaceful democracy? Also, check. The options are nearly limitless. And because the star-studded map is always randomized, Stellaris always feels exciting and unpredictable whether it’s your first time playing or the hundredth. 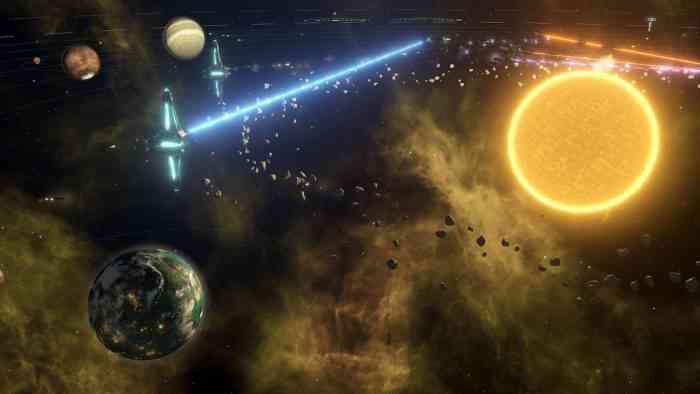 Playing Stellaris can be intimidating at first — especially if it’s your first 4X — but thanks to a robust and thoughtful opening tutorial, the game does its darnedest not to overwhelm you. It’s fairly persistent and always helpful at the right times, and can even be turned off when you don’t need it anymore. Complimenting the tutorial is a surprisingly intuitive controller layout that, while may take some time getting used to, feels particularly fleshed and thought out. The shining star is the D-pad where each direction corresponds to a different menu dedicated to a specific area of your empire. For instance, pressing right accesses your science vessel menu, which allows you to select or build new science ships to survey the galaxy for anything of interest. After that, you can click in the left thumbstick to focus in on the ship, no matter where on the map it is. Getting familiar with the menu system is definitely worth memorizing. You can dive pretty deep into your empire’s political system, decide who’s going to captain your ships, or just absorb the game’s deep lore from the codex. The only problem is the text size — sometimes it can come across as a little small, even on a large TV.

Stellaris is great at teaching the ropes, but it’s even better at letting the player experiment and explore at their own pace. Calling a game slow-paced isn’t usually something gamers want to hear, but in the case of Stellaris, it’s actually a positive. Discovering resources and anomalies on adjacent planets and stars is genuinely fascinating and is one of my favourite things to do. Just from exploring the nooks and cranny’s of the galaxy, you’ll find bits of interesting sub-stories that help flesh out the world of Stellaris. Once your empire begins to grow you’ll start butting heads with other empires, so taking the time early on to suck in as much of the world as possible is highly recommended. I won’t spoil anything for anyone, but I’ll just say some of the best surprises in Stellaris came from slowing things down and veering off the main path.

Your Actions Have Consequences

Stellaris invaded my dreams more than once during this review period, and that’s because the world is so captivating. Stellaris is really good at giving you power and authority over every facet of your empire but is also really good at challenging that power in unexpected ways. I cared for my people and the galaxy around me. Because I played such a crucial part in its development, seeing it sometimes crumble was more devastating than I ever could have expected. There are so many randomized elements and outcomes in Stellaris that it’s possible to never see the same scenario appear even after multiple playthroughs. 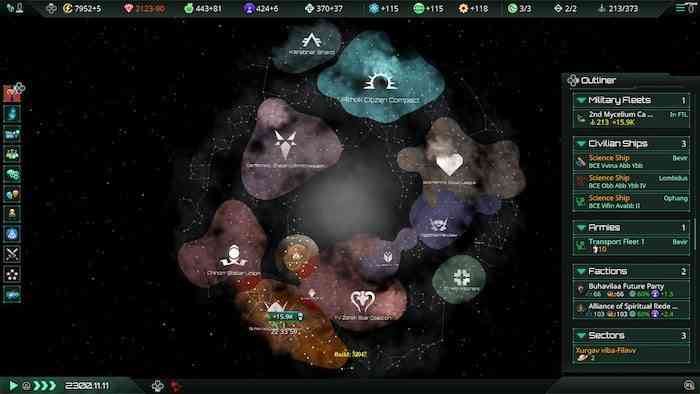 No matter how you decide to govern, you’ll more than likely encounter a scenario that will resist or combat your authority. After all, actions do have consequences and expanding across the stars will and should eventually rouse some suspicion from other nearby races and governments. I’ll always take the path of least resistance, but that doesn’t mean I left my fleet defenceless. Building up an army of powerful ships is a simple and important part of the game, particularly when all hell breaks loose in the form of intergalactic space wars. Combat involves nothing more than a few inputs but it makes for a beautiful visual spectacle.

For existing PC players looking to pick up the Console Edition, it’s probably worth noting that the PS4 and Xbox One version ship with version 1.7 of the game. Paradox has said that development of the console version began during 1.7, thus its the version console players will get. However, the plan is for the Console Edition to eventually hit parity with its PC brother. As PC players will undoubtedly know, the updates from 2.0 and 2.2 added a bunch of quality of life improvements and alleviated some gameplay tedium. This won’t necessarily be an issue with console players who’ve never played the PC edition before, but they should still be aware that enhancements are inevitably coming in the future. For more on the PC version, check out our original review from 2016. 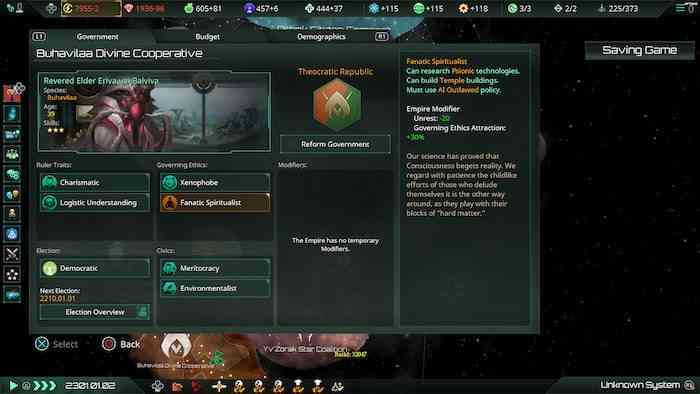 If you’ve been burned by console strategy games in the past, Stellaris: Console Edition will wipe away all of your fears. It’s both innovative and ambitious as a 4X, while also, at the same time, raises the bar for what’s possible with the genre on consoles. Thanks to a clever and surprisingly intuitive controller layout, the console edition of Stellaris stays true to the PC original without any compromises. It might not come with the latest version, but that doesn’t mean you can’t enjoy one of the best and most accessible strategy games in recent years. 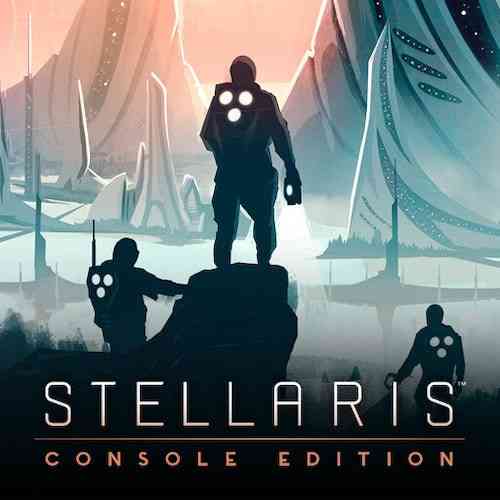 Lord of the Rings: Gollum Story Is Parallel to LOTR’s ‘Early Chapters’
Next NieR: Automata Game of The YoRHa Edition Review – If It Ain’t Broke
Previous The Liar Princess and the Blind Prince Review – Charmingly Simple