Steins;Gate is a highly popular visual novel and anime that has delighted many with its in-depth storytelling and science fiction themes. Based on the concept of time-travelling, our protagonist Okabe Rintaro is once again at the center of it all in Steins;Gate 0, an alternate ending to the original series. A great game for fans of the franchise, we are yet again brought into another fantastic adventure revolving around our favorite characters trying to put an end to World War III. For those unfamiliar with the original series, Steins;Gate 0 is not the place to start as it proceeds under the assumption you have played the first game.

In Steins;Gate 0, we find the answers to the question: What if Rintaro gave up and decided not to go back to save Makise Kurisu? Not necessarily a sequel to the first game, we start our visual novel with Rintaro failing his mission to save Kurisu. Traumatized by the events and realizing he was the one who murdered her, Rintaro refuses to go back to the past and instead dwells in the beta timeline, thus failing his and Suzuha’s mission of preventing an arms race in the future. Rintaro then meets Kurisu’s former research colleagues, Professor Leskinen and Hiyajo Maho, at a science conference where they introduce a new AI technology called Amadeus, a machine capable of storing memories as data. He then becomes involved with testing the said technology, except the AI he was to converse with was none other than Kurisu’s own collection of memories that she had uploaded before she met Rintaro. As a result of his involvement, old traumas resurface, new issues slowly arise, and his world of peace begins to fall apart.

Much like the previous game, Steins;Gate 0 is a visual novel with beautiful artwork and minimal interaction. The game doesn’t have a tutorial on what buttons to press, how to check and answer your phone, and how to save your game. Of course, this is all easy to figure out as Steins;Gate 0 does not require the player to perform any tasks except reading the story and pressing a button to advance. In fact, there isn’t much for the player to do at all, minus answering a few calls from Amadeus Kurisu and responding to your friend’s text messages on the RINE app. However, whether or not you choose to answer your phone does have an impact in where the story can go, but besides that the game is mainly there to present an eye-opening and clever narrative at a leisure pace. While it can be slow and unexciting at first, the story becomes more and more intense as time goes on, reminding us of the charm of the Steins;Gate series.

At first play it may not be obvious that there can be multiple endings. With no tutorial to guide you, if you are not familiar with the settings or with the series you could be blindly proceeding unaware of where the game can take you. Once you reach your first ending, it may seem confusing or may not be where you wanted to end up. Have no fear – Steins;Gate 0 has many save slots for you load from, and every scene is equipped with a handy “Skip” feature that helps you very quickly skip through dialogue. This promotes replayability and allows the player to easily select new options that could branch off into a different ending. If you skip too much and miss anything a character says, with the handy click of a button it will reveal a transcript of what has been said so far. 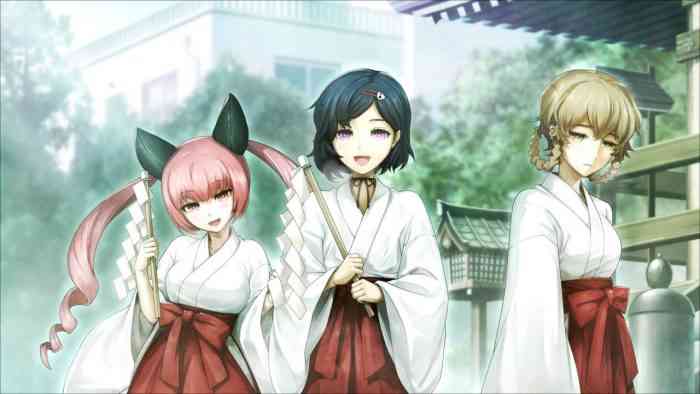 With fully-voiced characters and familiar catchphrases said out loud, Steins;Gate 0 brings us the nostalgia of the first game. This is especially true when we get to hear each character’s quirks that we know and love (including Mayuri’s endearing “Tutturu”). Although some voices can sound suggestive – which can make for awkward glances from people in the same room whenever Faris NyanNyan speaks – Steins;Gate 0 is wonderfully made in a sense that every scene has voices, music, and makes the whole visual novel seem like one long cutscene with subtitles. For some, this lack of interactivity may not be interesting to them, but for those who play for the plot, this visual novel is a wonderful experience.

While this may not be suitable for newcomers, Steins;Gate 0 is an excellent visual novel for fans who already know what the original story is about. If you enjoyed the first game, you will definitely enjoy this “what-if” scenario. It provides an alternate ending with your favorite characters, allowing you to see how they would react in a new situation that threatens them. Despite not having much interaction with the player, Steins;Gate 0 is an enjoyable experience with an enthralling and clever storyline that can keep you up thinking about it all night.