The Rebel Collection combines the two pirate style Assassin’s Creed titles together for fans to enjoy. Assassin’s Creed IV: Black Flag needs no introduction as it is a game that stands out in the series. It has everything this franchise is known for: a strong storyline, character development, and a huge world to roam in, all while you take on the role of a colonial-era pirate named Edward Kenway. Rogue is essentially “Black Flag 2”, however, it has an interesting take on the series allowing players to play as Shay Cormack who starts off as an Assassin but quickly sides with the Templars. Did I also mention that this collection includes the Black Flag DLC Freedom Cry? Because it does.

Both Black Flag and Rogue are pirate focused, as you take control of tall sailed ships, plundering for treasure and exploring the landscapes of various islands. Playing through Black Flag again, I remembered why this is such a fan favourite in the series and such a stand out game overall. The world Ubisoft creates pulls players into and how Edward Kenway is such a charismatic character makes you want to see what kind of antics the narrative takes him on. Besides the main storyline, there are a ton of side missions and tasks including assassin contracts, rescuing fellow pirates and hunting for treasure, all which allows you to continue with your pirate adventure. The best part is that you will want to. 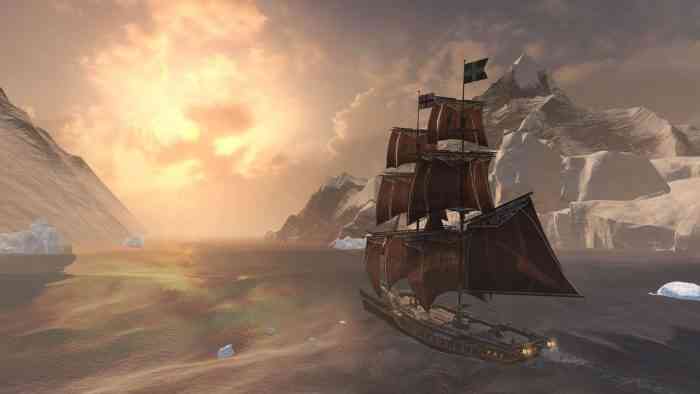 The second game in this package, Rogue, unfortunately, comes off as an attempt to capture the magic of Black Flag, but I cannot blame them for trying. It is a solid game on its own but it is overshadowed by the wonder that is Black Flag. I do think that having the two games together as a pair makes sense and you have the ability to switch to either one of the titles whenever you want.

Ubisoft takes full advantage of the Nintendo Switch’s features, including leveraging the motion control abilities and the rumble for aiming your weapons during intense combat and while sailing the high seas. The sound is also good, with music that is paired up well with the action on screen and the sound effects are convincing. 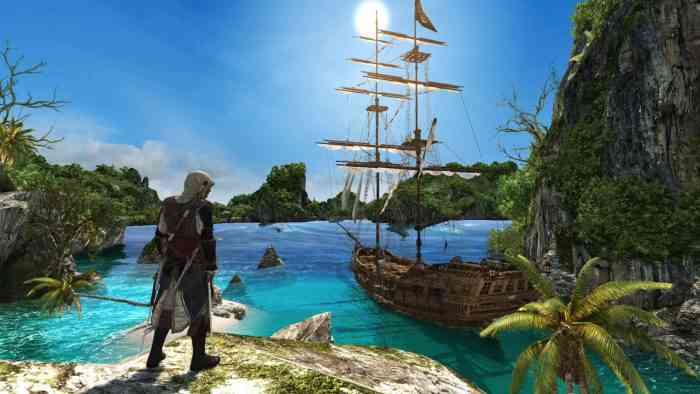 Assassin’s Creed: The Rebel Collection is an easy recommendation. While one game is indeed better than the other, there are still two very strong games for one single price. And you can’t forget the addition of the previously released DLC that makes this whole package an extremely good value. Ubisoft has redeemed themselves with an almost perfect port of Black Flag while understanding the advantages that the Switch had to offer such as the motion controls. And of course Rogue is no slouch either. Ubisoft proves that you can port large scale games with some hard work and passion. 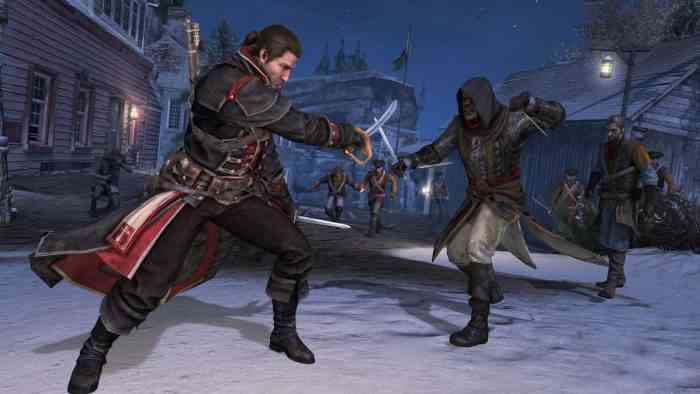