Katamari Damancy set a certain precedent for video games, namely that they can get really weird at a moment’s notice. This trend has continued apace for the studio’s subsequent releases, leading in an unbroken path to Wattam. In some ways, this is the jewel of their weirdness crown, a sparkling centerpiece that perfectly represents Funomena’s overall design philosophy. In other ways, Wattam is something of a letdown. In fact, the game almost isn’t weird enough.

At first glance, your disagreement with the above statement would be quite understandable. You play the mayor of a vanished world, who must recover the various denizens through a series of baffling challenges. Only the barest thread of logic connects these events, with new characters floating in for almost no tangible reason. Fauna, flora, and body parts all make their entrance to take part in a gleeful procession towards restoration. I found the whole experience both relaxing and utterly draining.

Yes, the characters and the mechanics are charming. Delightful, even. But the babble of childlike voices that only grows in intensity over a compressed period of time is, to be blunt, quite a lot to process. I experienced a truly rare phenomenon, wherein I was forced to play the rest of the game without sound. The music is terrific! It’s a complex vocal chorus interspersed with sparse instrumental cues that deserves your time and attention. The character voices, for me at least, were a different matter altogether. 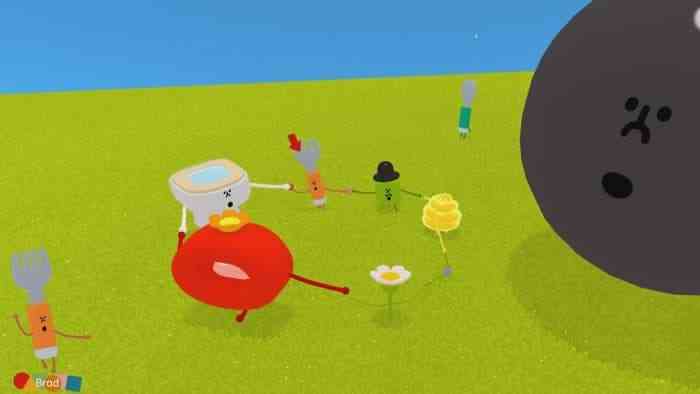 Simply put, these creatures speak with a serious Teletubbies lilt that can’t be ignored. There’s an atonal chorus of children’s babble that I found strangely repellent. Without some tinkering in the settings, I was quite unable to continue playing. After shutting out those haunting waves of shrieks and giggles, the game became a lot more palatable. That was, until the first ‘boss fight.’

Wattam doesn’t have the most precise controls. Most of the time this doesn’t matter. You’re just prancing around in tiny terrariums, bouncing off colorful characters, and generally having a good time. Nothing about this game feels geared towards any sort of conflict. So a boss battle, even one where you can’t take any damage, was cold water to the face. Suddenly these floaty inputs and janky camera movements are pinpoint flare-ups of frustration and rage. Again, you can’t really lose. So instead of posing a challenge, the ‘boss fights’ put Wattam’s flaws on a creaky pedestal. Re-assembling a giant child’s face had me longing for the laid back puzzles of previous sections.

The rest of the action in Wattam is fun, although it wore off for me faster than I’d like. A task repeated, no matter how weird it is, eventually becomes routine. It didn’t take long for dancing around sprouts and swallowing people whole to start feeling pedestrian. All of the whimsical nonsense on display is ground down to a list of base mechanics with alarming speed. Thankfully, the actions you’re asked to perform make perfect sense within their contexts. Of course, the mouth is there to eat people and turn them into poop. Of course, said poop is eventually thrown into the walking toilet. Where else could it possibly go?

See What Can Be Eaten

If your next move is always clear, it’s made clearer by the graphics. Yes, the silly designs are wrapped up neatly in Wattam’s overall aesthetic, but they serve a purpose as well. You’ve no problem deciphering the purpose of the walking fork, as he radiates an essential fork-ness. The first time you see an acorn, it seems destined for the tiny hole in the terrarium’s center. Every cheerful object, whether it’s vegetable, animal, or mineral, has form and function baked into its simple shapes and lines. This comes in extremely handy whenever you get stuck. Simply gravitate towards whoever looks miserable or incomplete, and the rest is placed gently into your open hands.

I started up this game certain that the inherent lunacy would drag me forward, crashing through any number of flaws or faults. Sadly, the motive power of the premise is better suited to a lazy stroll than a barreling charge. For maximum enjoyment, Wattam expects you to meander, to mosey, to stride. A frantic pace will only lay bare the shaky controls and the counter-intuitive camera setup. Take your time, the game insists. Speak to every new citizen, wear all of their hats, propel them skyward with your hat bombs. This way, the good times can dwell while the pockets of misery remain distant and hazy. For me, the off-putting voices and the clumsy controls work with the sparse conceit to create a world that’s oddly ill-fitting. The idyllic madness and the slow, sparse mechanics butt heads to make a game best approached with caution and care. Choose the world of Wattam at your most studious discretion, my friends. 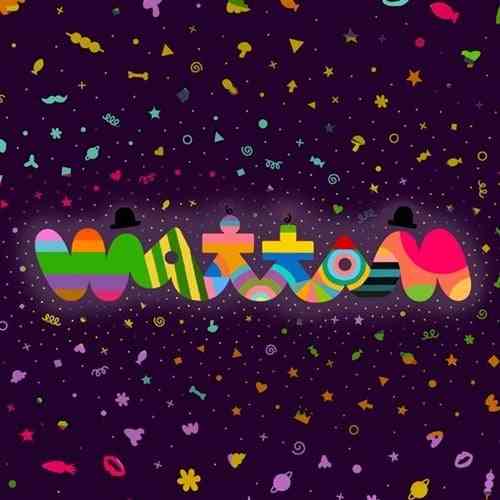