Fight’N Rage (FnR) has come out of nowhere from developer Sebastian Garcia to snap old school beat ’em up fans back into reality and remind us why we love the genre so much in the first place. Around almost every corner of FnR, you’ll find a lovingly crafted world with an almost overwhelming cast of characters, locations, and game modes to keep your thumbs blistering into the night. To top that off, there are over fifty endings depending on which character you choose, and your overall score by the end of a run. If you enjoy this type of game, or if you’re even just curious about it, pull the trigger. You won’t be disappointed.

From the main menu, you can tell that this is a real labor of love for Sebastian Garcia. The brilliantly crafted CRT-TV mode is incredible and instantly transported me to the days of my childhood. Playing through the entire game like this was a true blast from the past, and I inevitably found myself craving to play a few of my favorites from the early 90s. If this sort of look is too jarring for you however, you’re given multiple options to suit your preferred playstyle, including a crisp and clean modern take that’s absolutely gorgeous. Regardless of what you choose, the excessively smooth gameplay is what’s going to keep you hooked until the sun comes up.

Learning on the Fly

Initially, there are three characters to choose from (with a long list of unlockable fighters to chip away at), that all look and play quite differently. The inputs for each character will remain the same, but the moves performed will alter drastically, and this is where I found the heart of the fun to lie. Figuring out combos with different characters, and mastering their varying special moves, jump attacks, throws, and dodges was some of the most fun I’ve had with a beat ’em up. You’ll need to figure these out too if you want any hope of surviving the more severe difficulties, as this game isn’t shy about slapping the player around if they come in under prepared. In fact, at times, it borders on being unfair when enemies begin to land attacks on you that come from off-screen.

If those attacks become a bit too much to handle, call upon one or two friends to come to help out. FnR delivers a classic 3-player couch co-op mode that will have you feeling that warm and fuzzy nostalgic bliss for Simpsons Arcade. It’s a complete shame then that there isn’t any sort of online co-op to go with this as it’s just begging for online leaderboards, rankings, etc. I would have loved to see how my team of fighters stacked up against others from around the world, but alas, maybe in the sequel. For the time being though the couch co-op works flawlessly and will be a big reason I come back to this in the future. 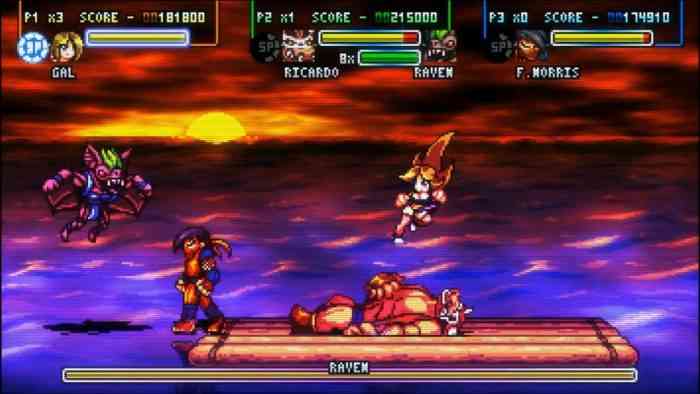 To bring the package together and tie it neat with a bow, the soundtrack thumps, pounds, and screams its way into the ears and hearts of players. Composed by Gonzalo Varela and utterly reminiscent of the old school games that rocked the most, I found myself bopping my head along to every track, one after another, as I blasted through the arcade mode. Arguably, the music may be the thing that makes FnR feel as vintage as it does, and that’s saying something. This is the kind of soundtrack that you’ll be bumping on Spotify for a long time to come, and I recommend a personal favorite of mine, “Go for it!” if you’d like to get an idea of what’s in store for you.

I’m a big fan of Fight’N Rage. Of course, I’ve been a big fan of beat ’em ups for a long time now, but this game does so much right that I have no problem recommending it to someone that isn’t too familiar with the genre. The combat is incredibly smooth, and once you master the various combos your favorite character can pull off, you’ll be flying through levels and juggling baddies like you were born to do so. Dolloped on top of that is an unlockable list that’s almost overwhelming at first, an excellent local co-op mode, and one of the most bitchin’ soundtracks I’ve heard from a game of this nature. Now excuse me, I’ve got some more fightin’ to do. 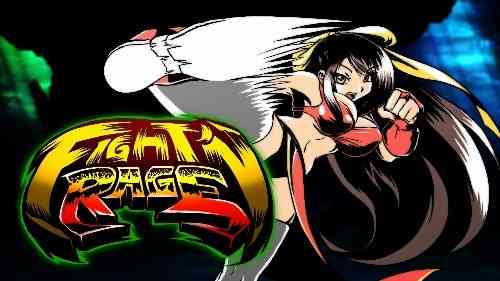