I was a bit surprised at the lack of colour options that the Nintendo Switch Pro Controller had to offer, especially compared to the Joy-Cons, and because of this, I never actually never ended up picking one up. And as someone who generally plays her Switch docked more than anything, I began to really miss the traditional controller for certain games like Super Smash Bros or Breath of the Wild or any game that I felt like I really need to have more control on. Recently I had the opportunity to try out PDP’s Afterglow Wireless Deluxe Controller and after playing the aforementioned games and more, I honestly couldn’t be happier. And after comparing pictures of both Nintendo’s Pro Controller and the Afterglow, they appear to be laid out similarly but now we can have a more colourful and slightly cheaper experience. 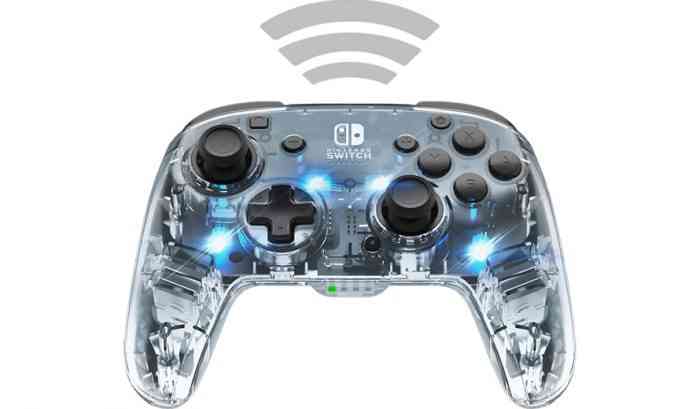 Upon taking the controller out of the packaging, I was immediately impressed by the touch and look of the polycarbonate clear case that shows off the interior of the controller’s circuit boards. Inside of the casing, there are four LED lights that simply illuminates the controller up with a full RGB spectrum meaning we can customize our lights reflecting our favourite colours or if you’re in a particular mood. Along with the colour customization, you can also have your controller cycle through all of the colours, have it on a breathing/pulse cycle or have the colours change based on joystick movement.

Feels Great in My Hands

While the controller is on the slightly larger side, I mean, I also do have smaller hands, I still found it to be quite easy to hold and found that it was actually really comfortable to handle. Everything feels very natural, the D-Pad has felt great and is responsive while the joysticks have a light concave feature which meant that my thumbs just felt comfortable and in place.

Now, I’m not sure if this issue is because I have small hands, but I did find trying to reach the trigger buttons a bit weird and didn’t feel at all-natural and so very awkward. When using my PS4 controller, I like to use all four fingers on both my left and right bumper and trigger buttons but I just couldn’t seem to reach it comfortably on the Afterglow. Something PDP has implemented, that’s not available on the Switch Pro Controller, are the back paddles. This is my first time experiencing these kinds of buttons and these can be programmed to whatever buttons you set it to. Of course, I immediately set my back paddles to my left and right bumpers and honestly, it really made my gaming experience far more comfortable and the controller really felt like it just belonged in my hands. The back paddles are crisp and clicky and such a welcome addition. Now if you find that the back paddles are too much, you can actually take it off to avoid even clicking on it at all. 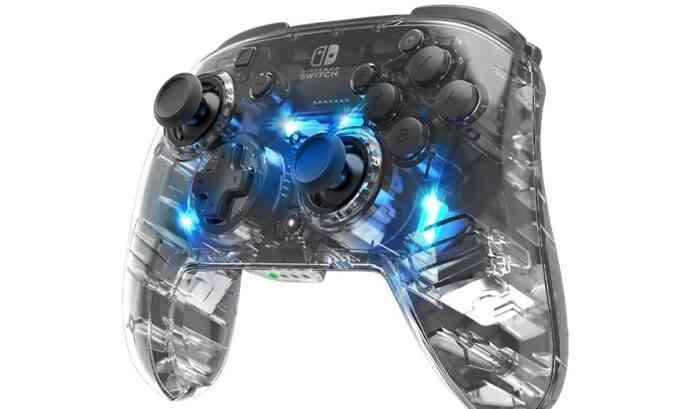 Syncing the Afterglow was pretty easy and standard however I did experience some issues with the controller autoscrolling down once I was in the main menu. I had to disconnect and then re-sync the controller a few times before the issue was really fixed. This was about the only issue I’ve experienced so far. Once you have your controller ready to go, you’ll definitely need to have the manual nearby as there are specific button combinations you’ll need to press to get your desired colours to display.

Now here are some cons that may or may not matter to some gamers. The Afterglow does not have rumble motors so there won’t be any haptic feedback, it’s missing a headphone jack and it lacks the NFC used to interact with the Nintendo Amiibos. Not having these extra features is probably part of the reason why it can be sold for a lower price. And this isn’t necessarily a con, but I was surprised that PDP had decided to go with a micro-USB instead of a USB-C as that’s what the Switch uses anyways. But nonetheless, getting a micro-USB is easy enough. Honestly, I found no issues with not having these features so if none of these really matter to you anyways, are there really any downsides to these controllers?

With motion controls, wireless capabilities, programable back buttons, an incredibly long battery life, a cool clear case and a light show, how could you not love the Afterglow Wireless Deluxe? For those who miss having a traditional controller when gaming on their Nintendo Switch this is an immediate must-have especially so since it’s cheaper than Nintendo’s own Pro Controller. And since this controller has a micro-usb, you can just as easily use this on your PC as well. If you don’t mind the lack of the rumble motor or the NFC chip, the Afterglow is definitely for you. 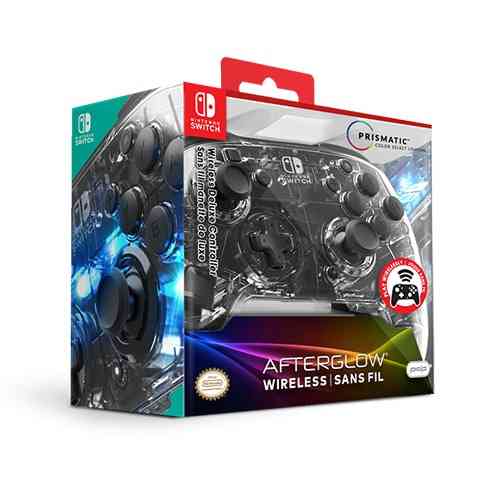 New Buttons Coming to the Dualshock 4