Input devices and interfaces don’t get much love. Good ones are invisible, performing their job with little fanfare or recognition, while users mercilessly tear to shreds bad ones. In other words, the best control devices out there fade into the background; providing a seamless connection between player and game. After spending time with Steelseries’ Stratus XL controller, does it stand up with the best in the business?

Full disclosure: I think the Dual Shock 4 is best controller ever, followed closely by the Xbox 360 controller.

Though known primarily for their gaming headsets, Denmark’s Steelseries has expanded their offerings to include other peripherals. One such peripheral is the Stratus XL controller, for use on Windows and Android platforms. It connects via Bluetooth, so in many cases you’ll be able to avoid needing a bulky wireless adapter (which you STILL need for 360 controllers on Windows). Connecting is a breeze – the controller pops up in your Bluetooth settings with its correct name (unlike other devices that show up as CF1847580MKF or similar), and only needs to be paired once. In my experience, the connection was rock solid, and connecting was near instant. Additionally, switching between which device the controller connects to is a simple task. Once connected, Windows recognizes the Stratus as a standard XInput controller, so there’s no setup required in most modern apps. 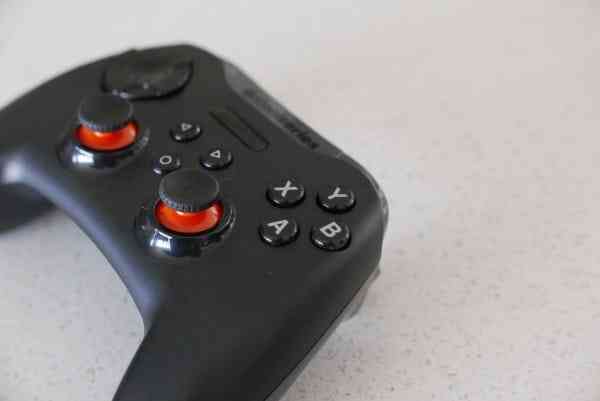 Design wise, the Stratus XL appears to draw heavy inspiration from the Microsoft controller family. The hand grips are comfortable to hold, straddling the line between slender and girthy. The shape falls naturally into the hand, The surface material is extremely smooth, bordering on slippery. Depending on how sweaty and intense you get while gaming, you might need to towel off periodically to maintain control. I dislike grippy surfaces that tend to quickly get gross, but some kind of texture might improve handling.

The face buttons are equally slick – to the point where I often felt like I needed to wash my hands and/or the controller even though I knew neither potential culprit was greasy. This wasn’t a problem functionally; the face buttons just feel gross somehow. The joysticks are a different story. 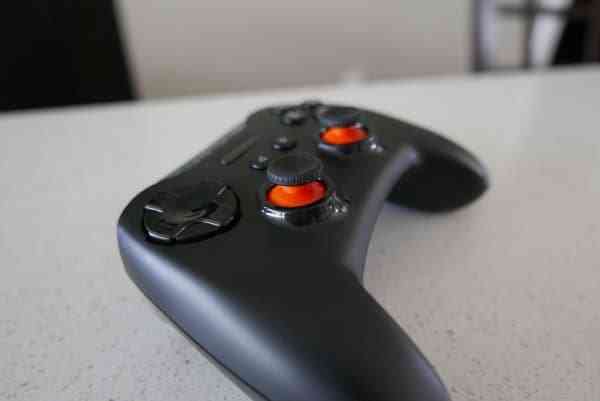 To my thumbs, the Stratus joysticks are goldilocks – juuuuuust right. They aren’t too tall or short, not too tight or loose, with a nicely textured surface shape and super smooth action. Some may gripe about the Playstation style stick layout, but the shape of the controller in general allows thumbs to fall right on the sticks without contorting oneself.

One specific problem area is the triggers. Oh, the triggers. There’s a great deal of resistance while pulling the triggers but no defined end-of-travel point – leaving a sort of mushy feeling at the end of the travel. While the high resistance is great when the trigger is being used as an accelerator, it’s a less satisfying in action games. The activation point is predictable and consistent: it just doesn’t feel great. The bumpers are in the vein of the Xbox One controller; that is to say – difficult to press without adjusting your grip – and one of my main gripes with the X1 design. 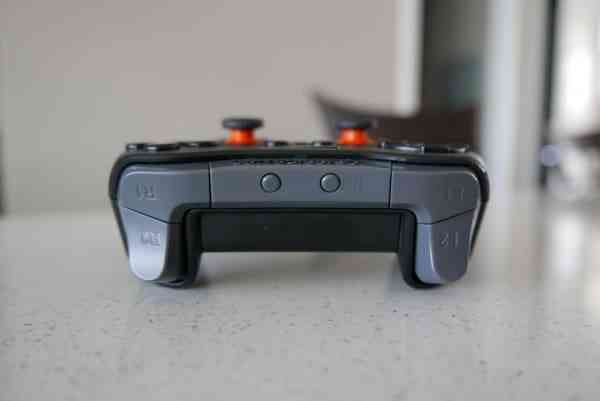 Fortunately, Steelseries has a desktop app for customizing the Stratus. Deadzones and sensitivity can be finely tuned, which ameliorated some of my trigger troubles, while direction inversion can be centralized within the app. Other interesting but gimmicky options include the ability to use the controller as a mouse of sorts.

The Stratus XL’s Bluetooth connection seems to sip power in an exceedingly efficient manner. Since receiving the device, I’ve yet to swap the batteries (which are AA). That’s impressive, considering the amount of time the controller has been on and connected, easily surpassing the 40 hour battery life rating.

The use of Bluetooth also means that while compatibility is high, range can be a problem. In my testing (in a complex with damn near 100 wireless networks), range was a problem, exhibiting some lag outside of ~10 feet. Even with direct line of sight, there was very slight lag compared to a hard wired controller. While not acceptable for frame-counting fighting gamers, it didn’t negatively affect my ability to play most games. 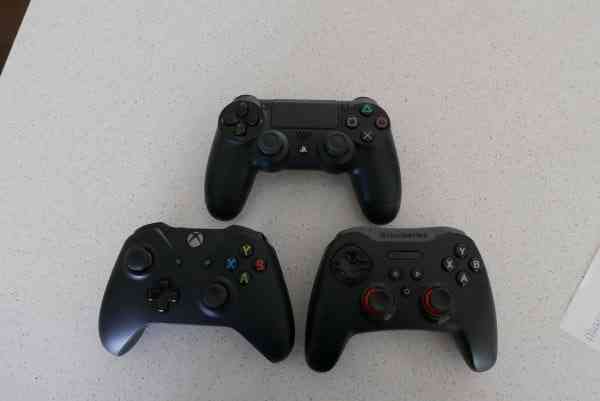 What did affect my gaming in several situations was the apparent lack of rumble motors in the Stratus XL. Having had that feedback for nearly 20 years a sudden rumble-less experience can be a bit immersion breaking, or otherwise detract from games that utilize the feature well.

So: Is the Stratus XL worth it? Maybe. The asking price is reasonable at $50, especially in the wake of Microsoft’s recently announced $80 X1 controller/dongle PC bundle. If you can live with the design shortcomings I’ve mentioned and simply must have wireless, The Stratus XL is a comfortable and unfussy solution.

***A review sample was provided by the manufacturer***