Point-and-click adventure games are almost a thing of the past. Sure there are a few titles that pop up here and there, but it’s nothing like how it was back in the 80’s and 90’s when they were in their heyday. Maybe because I grew up when the genre was at its height, playing absolute classics like Secret of Monkey Island, Grim Fandango, Shadowgate, Sam and Max, and Maniac Mansion to name a few, these types of games hold a special place in my heart. 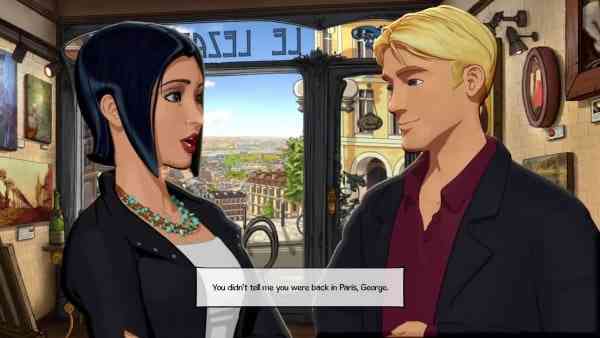 While the genre may not be as huge as it once was, there’s clearly still a strong following who are willing to support them. Case in point is the title I am reviewing, Broken Sword 5: The Serpent’s Curse. It was initially a Kickstarter project, and not only did it meet its lofty goal, it surpassed it by a fair margin, almost doubling the initial target; not something that is easy to do these days for an almost extinct genre. Developed by Revolution, best known for their Broken Sword series, they’ve been around 25 years now, with The Serpent’s Curse showcasing their newest offering.

Broken Sword 5’s plot revolves around a mysterious painting titled the “La Maledicció”. Although this painting was stolen 1937, the game takes place in modern day. You’ll be following the adventures of returning Broken Sword protagonists George Stobbard and Nico Collard. George and Nico meet at an art gallery in Paris when all of a sudden a helmeted man barges in, shoots the gallery owner, and flees with the painting. The painting itself isn’t worth all that much, so part of the mystery begins with this fact, but it develops into something more as you play. Murder and robbery are enough to get George and Nico involved in the conspiracy where they’ll have to use their wit to solve what’s really going on.

The story slowly unfolds from this point, becoming increasingly complicated and confusing, but with a heavy emphasis on a slow place. The plot eventually becomes interesting with all the twists and turns you encounter, just take note that it’s very gentle, though deliberately, and eventually become exciting to pull you in. The story is written in a smart way, with humor peppered in along the way to keep it from being too serious about itself. While much of the plot may be based on circumstance, it is dark and intriguing, and the characters are complex enough to keep you interested from the beginning to end. If you’ve played any Broken Sword game before you’ll know what to expect as there’s always an ancient mystery that needs to be unravelled by George and Nico.

It’s has an interesting story, a plethora of puzzles that need to be solved (regardless of either being too easy or difficult at times), and is simply fun all the way to the closing credits.

It’s no secret that point-and-click adventure games aren’t as common today as they once were, but even less so on consoles. While not completely void of the genre, consoles generally don’t get many, though there are a few notable recent exceptions like Valiant Hearts and others that prove they can be translated very well to the console/controller experience. Revolution Software has been doing this genre for so long that they know what works and what doesn’t for gameplay mechanics, and it shows for this console game. Controls feel very natural, as one stick controls the ‘cursor’ and the other controls the camera when it can be panned along the gorgeous 2D backgrounds. You have dedicated buttons for interacting, opening your inventory, and examining items, all of which are never confusing and simply work.

Like any good point-and-click, you’ll need to combine items from your inventory at times, and doing so is very simple and straightforward. Speaking of combining items, many games in the genre tend to rely on this mechanic to the point of becoming a fault. Some games require you to not only think outside the box, but even beyond that, as you’d never think of needing to combine a poodle and a spatula, for example, to solve a puzzle. Luckily The Serpent’s Curse is much more grounded in this manner, and while some of these puzzles will have you combining the odd two or three items together to solve it, it’s generally logical and makes sense without being way too ‘out there’.

Aside from the inventory, there are other larger puzzles that need to be solved during your adventure. Most of these puzzles are quite easy to figure out and it wasn’t until the latter half of the game where I started to become stumped now and then. Most puzzles are logic based, and previous dialogue or readings will give you the biggest clues of how to solve them for the most part. Luckily you’re almost always given the item you need just as or right before you need it, so there’s not a ton of backtracking or searching needed if you do get stumped as it usually is right under your nose. 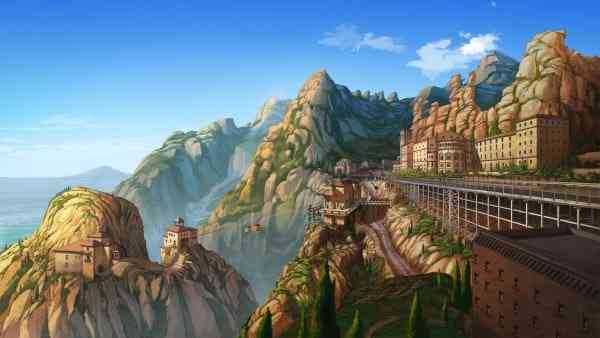 As for the game’s visuals, the backgrounds are all hand drawn, beautifully colored and vibrant. The characters and foreground objects are cel-shaded and in 3D, so there’s a distinct contrast, which simply works well, especially for this genre. The only thing that stands out is that the animations can be stiff and ‘janky’, as it’s not always a smooth transition from a standstill to when there’s movement, or when you change the direction you are moving.

I also need to speak about the writing and voice acting. Simply put, it seems to be all over the place. At times the writing is serious, then all of a sudden a joke is thrown in that completely doesn’t fit or isn’t acted well enough to have it work in the proper context to be funny. Some characters are voiced quite well, but others overact and are not believable at all. Part of the problem is that because there’s so much dialogue in the game the conversations don’t usually flow very well because of the animations that either need to finish between lines or a there is simple odd pause between the back and forth. This happens from beginning to end and because of it, much of the conversations don’t feel natural because of these slight delays.

Veterans of the genre (or series) will no doubt enjoy Broken Sword 5: The Serpent’s Curse for what it offers. It’s an interesting story, has a plethora of puzzles that need to be solved (regardless of either being too easy or difficult at times), and is simply fun all the way to the closing credits. The few issues I did experience will vary on your love for the genre, and once you’ve completed it there’s really no reason to run through the game again. At its price point I would still give it a solid recommend, as games like this literally aren’t really made any more these days, especially for console players. At the end of the day I enjoyed my handful of hours with it. I miss the genre and hope that this is the start of more to come. 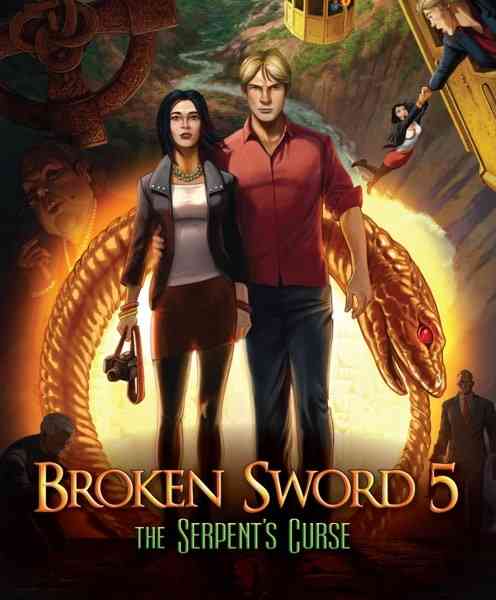