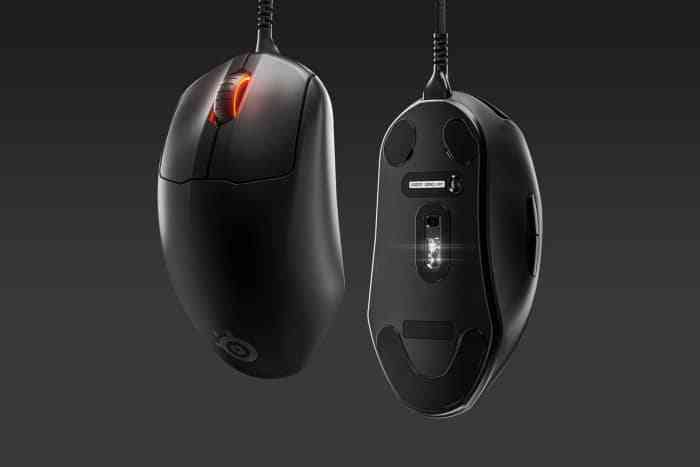 For starters, the SteelSeries Prime+ eSports Gaming Mouse is a wired mouse. Oddly enough, the USB cable is detachable – that’s a first for me – but it does the trick. On the face of the mouse, you’ll get your standard left and right mouse buttons and a clickable wheel. Near where your thumb rests, you’ll have access to two smaller buttons. The entire package is lightweight, clocking in at just 71g. Every mouse button press provides a very satisfying “click” due to SteelSeries innovative Magnetic Optical switch.

Another impressive addition is the lift-off sensor, which maintains your positioning even if the mouse is raised 2mm above your desk. The variable counts-per-inch (CPI) can range from 50 to 18,000. Not sure what CPI means? If you set the CPI to 1000, the on-screen cursor will move 1000 pixels for every 1 inch you move your mouse. The higher the CPI, the faster you can move around the screen. I honestly can’t imagine anyone using a CPI beyond 2000, but I’m no eSports player.

The SteelSeries Prime+ comes in a simple, yet effective black matte finish. Unfortunately, even with a short period of use, the point-of-contact areas have already began producing smudges. The aesthetic highlight of the Prime+ is the customizable lighting strip that runs along the inside of the wheel. It’s essentially useless – besides knowing where your mouse is in the dark – but it sure looks cool as hell. I changed mine to a dark shade of blue and it looks so damn slick. 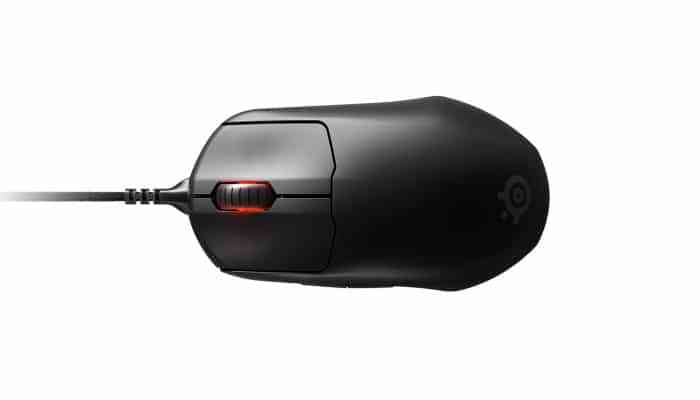 The biggest differentiating factor between the Prime+ and the Prime is that the Prime+ includes this neat little LCD screen on the underside of the mouse. This easy-to-use menu screen lets you adjust a wide variety of settings, such as swapping between 5 user-customizable CPI settings, the wheel lighting, and much more. Of course, you could also use the included SteelSeries GG software, but having access to these settings right there on the mouse is probably a huge plus for gamers not wanting to leave their game to fiddle with the SteelSeries software.

I’m usually a controller guy when it comes to gaming – even for first-person shooters. However, I really enjoyed swapping out my controller for this SteelSeries Prime+ mouse during some Fortnite gaming sessions. The accuracy was incredible. Using a sniper rifle, I was knocking down opponents from incredible distances. It almost felt like I was cheating. Almost. A couple games in and my team and I snagged a Victory Royale. It wasn’t our first, but it was my first using the Prime+. Since that time, I’ve been hooked and have enjoyed the precision of the Prime+. 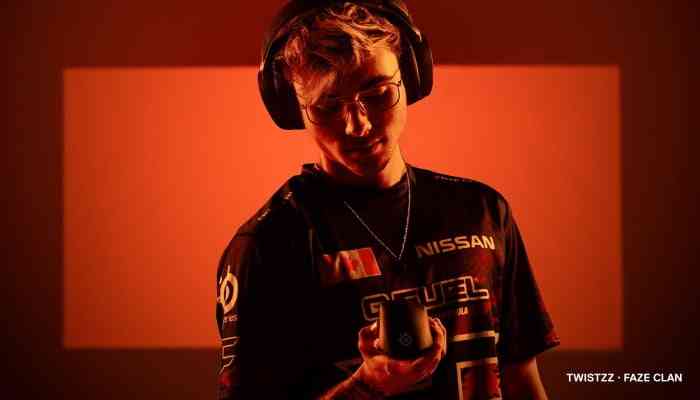 Unfortunately, the SteelSeries Prime+ isn’t perfect. The mouse features two customizable buttons on the left side that are designed to be used by your thumb. Having some additional functions assigned to your right hand is smart, but in practice, I just could not get used to their positioning. My thumb naturally rests below and in-front of the two thumb buttons, meaning I have to move my thumb back and up to use them. The previous mouse I used had just one thumb button, but it was positioned exactly where I rest my thumb – so it was far more useful than the two buttons on the Prime+. If I ever do intend to use these two buttons, I suppose they would be for functions not entirely critical to gameplay.

The SteelSeries Prime+ is an excellent eSports gaming mouse. It’s light and generally well-designed. The wheel feels great to cycle and looks even better with the customizable lighting. The left and right mouse buttons, with their Magnetic Optical switches, providing a satisfying “click” with every press. Accidental lifts of 2mm or less won’t throw you off your game, thanks to the mouse’s lift-off sensor. And the on-board LCD screen allows you to customize the majority of the Prime+’s features without requiring the PC software. My biggest disappointment was the position of the two customizable thumb buttons which seem to sit too far back and up to be of much use. The Prime+ is $20 more expensive than the Prime, and for the added benefits, I’d say it’s probably worth the extra cash. If you’re in the market for a brand new gaming mouse, I wholeheartedly recommend the SteelSeries Prime+.

***The product was provided by the manufacturer.*** 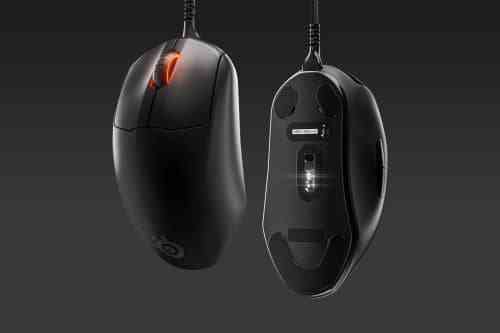