When I was a young teenager, of about 14, I received a PS1 on a very joyous Christmas morning. Back then, PS1 consoles came with a pack-in demo disc of several games. The one I got came with some classics like Spyro, Medievil, and Metal Gear Solid, but it also had one untranslated “Japanese only” release called Tail Concerto. The demo was an action JRPG, with a visual style very similar to Mega Man Legends. The protagonist was a police dog (which I thought was a fox) who piloted a mech that shot bubbles, and wacked things with its arms. The level was open-ended, and because all the text was in Japanese, I had a blast trying to figure out what to do. It reminded me of playing the cryptic NES adventure games of my very early childhood.

Flash forward 15 years, and I found myself at a massive Comic-Con, and one of the booths had a physical English language copy of Tail Concerto for PS1. A quick iPhone search revealed that the game actually did get a very limited North American release. I had to have it, and despite the fact that it was $100, I bought it without hesitation! Tail Concerto is now considered a hidden gem for the PS1. It hasn’t been released on any other console, and complete copies now go for $600+. There was actually a spiritual sequel to Tail Concerto called Solatorobo: Red The Hunter for the Nintendo DS. Although it had a completely self-contained story, it took place in the same steampunk world, populated by anthropomorphic dogs and cats, as Tail Concerto. Solatorobo was, again, an action JRPG, but this time with different mechanics involving picking up and throwing opponents. It is also considered a hidden gem for the DS, hasn’t been ported to any other systems, and easily sells for $400+ online. There was a third game that took place in the same world as Tail Concerto and Solatorobo called Little Tail Story. But it was a Japanese exclusive mobile game, and nobody cares about those.

This brings us to Fuga: Melodies Of Steel, which is the brand new fourth entry in this series of JRPGs that take place in the same steampunk dog and cat world. I’m not sure which came first, the series name, or the fourth game. But with the release of Fuga: Melodies Of Steel, the quadrilogy of games is now being referred to as Little Tail Bronx (for some unknown reason). Unlike its predecessors, Fuga: Melodies Of Steel is being digitally released for every platform under the sun, and is now easily available!

The story of Fuga: Melodies Of Steel is, again, a spiritual sequel that stands on its own. There is no prior knowledge of Tail Concerto or Solatorobo needed. Each of the three games takes place on a different floating continent. Fuga: Melodies Of Steel is set in Gasco, which is being invaded by the Berman Army. 12 children escape the village Petit Mona, and enter a massive, ancient tank called Taranis. Using its power, the children make their way across Gasco, in search of their families. While the plot is an excellent motivator to play through Fuga: Melodies Of Steel, the metaphor about the German occupation of France is quite strong, which, combined with a few too many anime tropes, makes for some eye-rolling moments of melodrama. 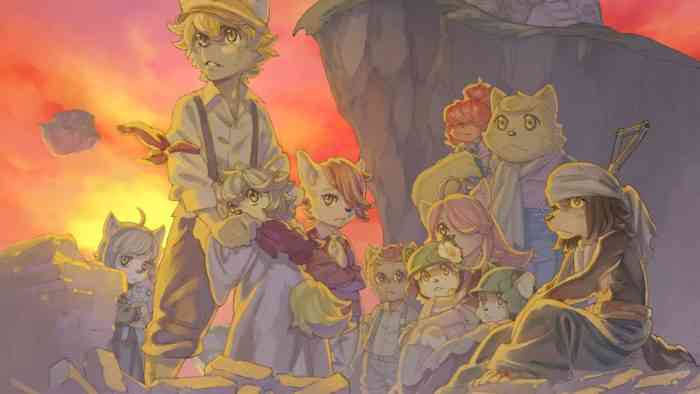 This time around, the gameplay isn’t action-based, but rather turn-based. Although the children make up the player’s party, they are always within the confines of the massive Taranis. Different children have different skills and affinities that need to be exploited. Combat takes on a very Grandia-inspired preventing of enemy attacks. Each child and enemy is one of three colors: red has high attack/ low accuracy, blue has low attack/ high accuracy, and yellow has medium attack/ medium accuracy. A matching color will delay the attack of an enemy, so a child with a yellow attack will push back the turn of a yellow enemy. A child with a high accuracy skill attack, will be much more likely to hit a flying opponent. The children fight 6 at a time, paired up in attack and support positions. They need to be constantly switched around from supporting and attacking, and every battle requires some degree of strategy. Even the most seemingly insignificant battle could crush the lazy, while at the same time be swept by the prepared.

What’s most unique about the Fuga’s progression, is that it’s extremely linear. There are set points along each level’s map for healing, skill point renewal, and combat. Each level culminates in a (usually quite difficult) boss battle. Without careful planning, the player will be forced to play levels over again, with renewed strategy, based on prior failure. Although this will turn off many, it creates a JRPG experience that is completely devoid of grinding.

Between combat, the interior of Taranis acts as the game’s token hub town. There is tons to do, with a limited amount of action points allotted to the total time. Everything from chatting to fishing takes up different amounts of AP, but also yields different amounts of experience and bonuses. Characters interact with each other and build bonds during event scenes, which allows them to pair more effectively in combat. 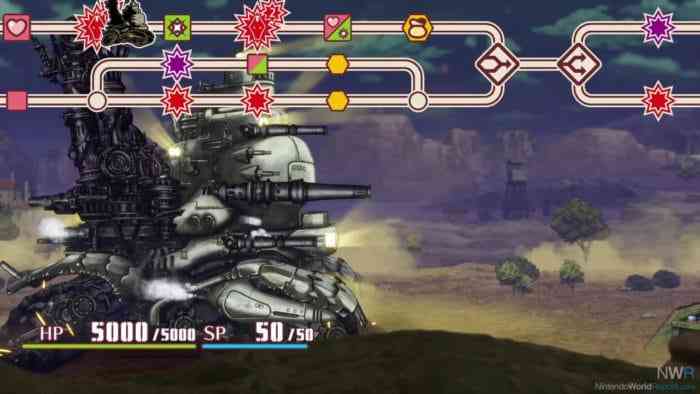 The overall presentation of Fuga: Melodies Of Steel is gorgeous. The visuals are grounded in the furry world established by Tail Concerto and Solatorobo, but are stylized like 2D art come to life, in the vein of something released by Vanillaware. The music is equally outstanding, and reminded me of the soundtracks I loved in the Squaresoft-heavy PS1 JRPG era. Although Fuga: Melodies Of Steel has voiced dialogue, the only options are Japanese and French. Those options make sense, weirdly enough, because French is the dominant language of the game’s world, and is likely the intended choice.

Fuga: Melodies Of Steel is a tricky game to review. It’s likely not what anyone is looking for. Not only is it different gameplay-wise from the other Little Tail Bronx games, but its linearity will also turn off many RPG fans. What it is though, is very good. CyberConnect2 certainly achieved their vision with this strange adventure. Though Fuga’s audience may be extremely niche, those who play it, without expectations, will be in for a treat.