I love games that pick a lane and dominate the space, honing in on a core concept instead of trying to graft together a Frankenstein’s monster out of every currently fashionable genre or theme. Jupiter Hell is a great example of what I’m talking about. It’s a top-down roguelike turn-based action game, which I know sounds like it’s edging into hybrid territory, but it’s about as straightforward as games can be.

Backed on Kickstarter, Jupiter Hell is the next iteration of a design concept that began with DRL (DoomRL), the developer’s turn-based homage to the classic shooter. Although we’re on the moons of Jupiter instead of the Red Planet, Doom is very much still an influence, from the tight and dark corridors, to the enemies and especially in the wide variety of weapons. If you’ve played DRL you’ll recognize a great many of the mechanics, but if you haven’t Jupiter Hell is an elegantly simple game to pick up and play.

Jupiter Hell has a premise, if not a fully-fledged story. You play as one of three classes of soldier (Marine, Scout, Technician) each with varying starting strengths and levels of squishiness, exploring the labyrinthine levels of a military/scientific installation. trying to kill enemy soldiers and Alien-like creatures. The three classes do play relatively differently, too, and each has specific traits and upgrades unique to the class. The Marine is an all-around, beefy soldier with the ability to convert fury to healing. The Scout specializes in stealth and the Technician can take advantage of each level’s technology and do things like redirect sentries. 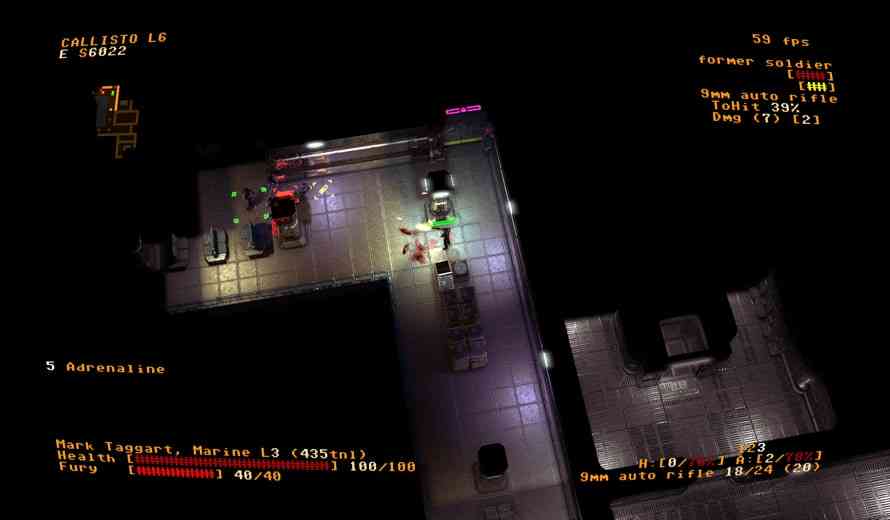 Unlike some recent games that try to soften the experience, Jupiter Hell is an old-school, full-on roguelike, meaning that when a run ends, you lose everything. Nothing stays behind to help you on the next try, but happily, you can save mid-run, if things get too intense. You explore many increasingly dangerous levels of the facility, and each run is procedurally generated so that the arrangement of rooms, halls, enemies, weapons, and loot will be random. Of course, as in many such games, that is also Jupiter Hell’s Achilles heel. One seed will have a nicely distributed array of weapons and enemies, while another will have endless stretches of empty rooms and halls with far too many enemies in one place, or maybe the elevator to the next level just a few steps away from the spawn point.

There is a turn-based mechanic underneath movement and combat but Jupiter Hell allows you to approach both very methodically, or treat the game almost like an action RPG. Even though every movement or action (shooting, reloading, etc) is a turn, you can move through them very quickly using the D pad. A word of warning, though, this is the absolute worst way to play Jupiter Hell, because it is a game very much is built around chess-like moves involving timing, cover, and the appropriate use of weapons at distance. Enemies very often approach from several directions, so taking the advantage of that turn-based mechanic to really study the environment is critical, and one of the things that makes the game so much fun and very addictive despite the frequency of death. There aren’t a huge number of enemy types, especially compared to the vast number of handguns, rifles, machine guns and other weapons, consumables, and special upgrade stations to find, but the ones that are there are pretty aware of their surroundings and their tactical options. 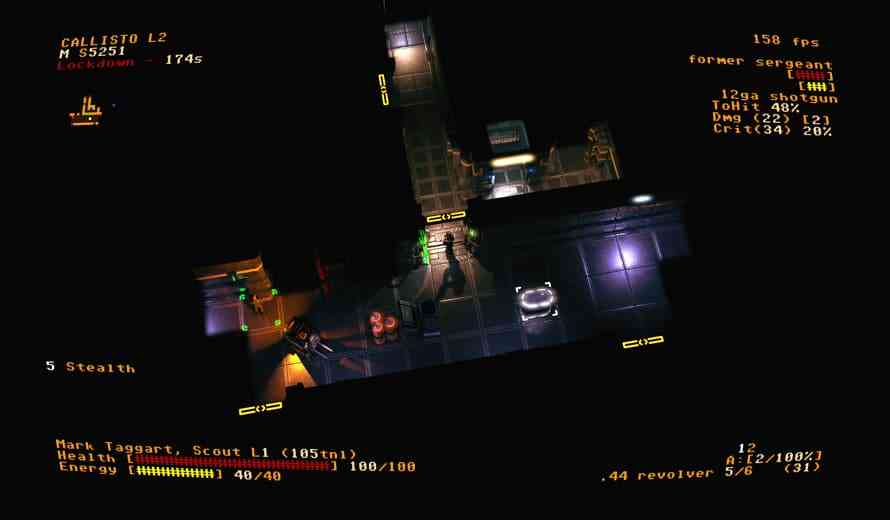 Although Jupiter Hell’s UI text very much recalls the look of old arcade shooters from the dawn of gaming, it is not a pixel art game. Instead, the graphics are clear, crisp, and just detailed enough without adding complication to the crowded spaces. The lighting design is outstanding. There are no super complicated effects but that Doom-laden feel of darkness and the fog of war hiding unknown danger shines through, and the use of shadows and moving light are well done. The music is heavy metal a la Doom, but it very quickly becomes sonic wallpaper that doesn’t do much to enhance or detract from the game. On the other hand, weapon sound effects are punchy and appropriate.

One could make a long list of things that Jupiter Hell isn’t, but that would be missing the point and the prize. Jupiter Hell is an easy-to-understand, but challenging and addictive roguelike, with turn-based action that never gets bogged down with the minutiae of facing, hexes, grids, or overly-complex mechanics. Instead, it zeroes in on cover, position, tactics, and the smart use of the tools at hand. The procedurally generated elements are the stuff of hit and miss, luck of the draw, run-ending frustration, and occasionally some pretty barren levels. Aside from that, Jupiter Hell is a focused and fun homage to an era of shooter where you never knew what was around the next dark corner. 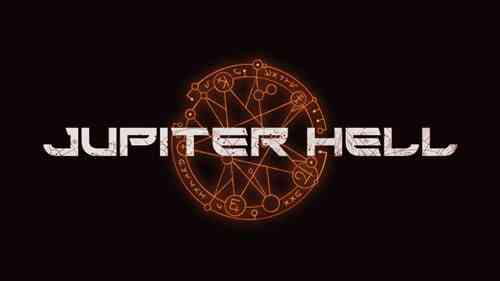 Capcom Arcade 2nd Stadium Review – A Fist Full of Quarters Not Required
Next Fuga: Melodies of Steel Review – Tanks and Furries Abound
Previous NEO: The World Ends With You Review – Almost Everything You Could Ask For