What more could a pinball addict ask for than three beautiful words: “Pinball Review Anyone?” The fact that they were Star Wars Pinball tables just added a cherry to the top.

Jumping into the tables, I was welcomed by the tried and true physics and gameplay that Zen Studios has become renowned for in their Pinball FX2 title. The Star Wars Force Awakens pack is split up into two tables, one representing The Rebellion (The Force Awakens) and the other The First Order (Might of the First Order). For those of you who have been living in a small dank cave in the recesses of this Earth, or dare I say it, are not Star Wars fans, then these tables may not make a whole lot of sense when playing through them. This is especially true when naming some of the characters new to the Star Wars universe.

The Might of the First Order was the first table I ran through its paces. This table recounts the adventure of a battle bridge on one of the orders ships. There are Storm Troopers readying their weapons on either side of the table and droids that move back and forth along the borders as well. Launching your pinball while a Tie Fighter hovers over top sets the new villains of the Star Wars universe and plays some homage to the latest episode in the movie series.

The table tells part of the story of The Order tracking down Poe Dameron who is a spy for the Rebellion. You have to use your pinball prowess to capture him by hitting specific targets. What I liked most about this table was the table within the table, a mini table with a ball lodged in a notch. Using your active pinball you would hit the lodged ball up and over to the next notch and keep on doing that until you got it all the way to the end to score some big points. This is a fast-paced table and definitely my style as you can rack up a lot of points real quick and offers lots of action. 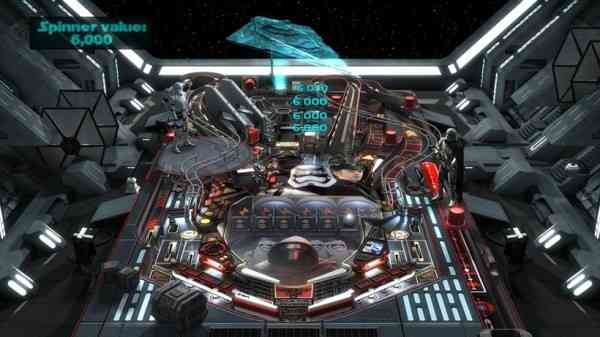 The Force Awakens on the other hand is a bit slower paced and although I didn’t enjoy it as much as its counterpart it was still enjoyable in its own right. In this table you are on the planet Jakku, a desolate and barren desert planet that happens to be full of junk. Luckily, for Rey this junk can be collected to earn some points or start one of the coolest multiball segments that I’ve seen in a pinball game in awhile. Once you initiate the multiball, a battle between the Millennium Falcon and some Tie Fighters start up and it gets pretty crazy trying to juggle the balls while a battle is going on over the table.  When I first launched this mode it caught me a bit off guard because it took a relatively slow paced table and jammed a bunch of adrenaline in. This table also features story line moments of Rey and BB-88 attempting to escape The Order and some involvement of Finn but I could only get him to mostly yell out some catch phrases that were mostly mundane and unmemorable that I can’t even recall them for this review.

One touch that was nice throughout both tables is the musical score which is used from the Original Trilogy (IV,V,VI).  Mood music anyone? Add this to the blaster bolt sounds firing off, the scream of Tie Fighters going across the screen along with the infamous engines of the Millennium Falcon and you have a nicely put together sound package. 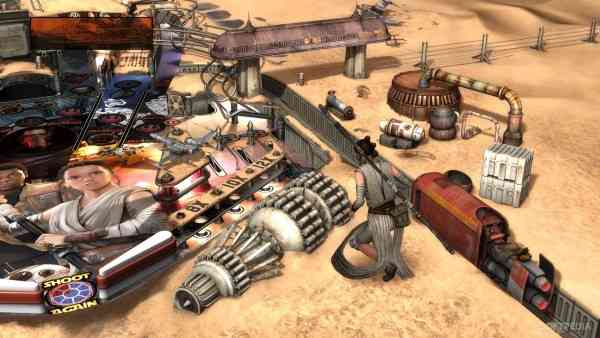 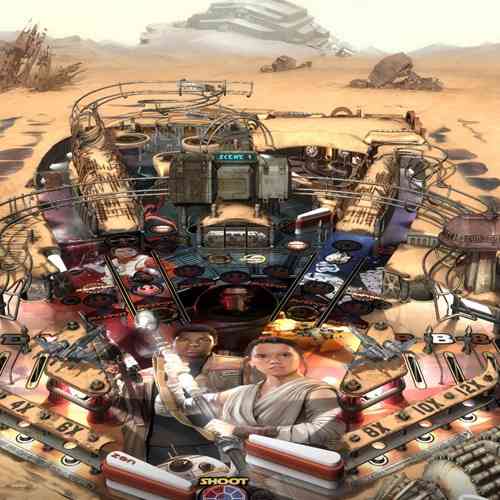 Pick up the HyperX QuadCast S for $45 off During the Last Weekend of Summer
Next Color Symphony 2 Review – A Simple and Addicting Platformer
Previous Mario & Luigi: Paper Jam Review – Finally A Mario RPG that Doesn’t Stink