Some people out there just want a simple challenging platformer where they can take hours to complete a single level. These levels don’t need to be long and drawn out, just insanely difficult with zero hand holding. I am not one of those people by a long shot, but I still couldn’t hate Color Symphony 2. It’s simple and very straightforward. The palette for the art style consists of just a handful of colors, something that is actually integral to the gameplay. But this lean look is only a mask for the truly challenging (but completely possible) levels. While my performance with these challenges resembled a disastrous cacophony, my experience lived up to the title namesake as a pleasant symphony of color. 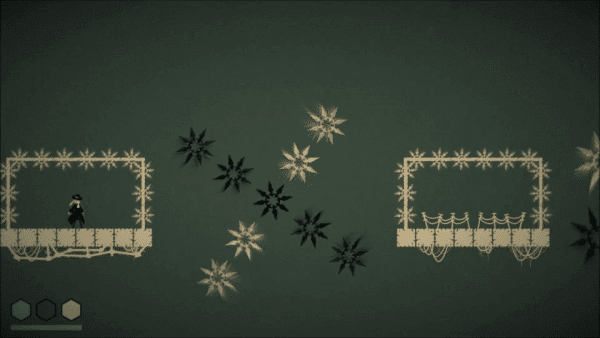 Any veteran of puzzle platformers will feel right at home. You start with simple movement controls including double jump and wall jump capabilities. This helps you navigate the infinite pits and pointy objects that inevitably plague every setting in a puzzle platformer. The twist in this game is the ability to manipulate the background color. No, this isn’t just for show, it’s actually the core mechanic. Each level has platforms and obstacles that match one of the three colors in the palette plus black. As you might have guessed, the goal is to change the background color so that contrasting platforms are brought to the foreground and are therefore accessible. Similarly, you can phase out obstacles by matching them to the background. That pretty much sums up what you have available to you as you repeatedly die while trying to reach the portal at the end of each level.

I actually really like that the core mechanic is so simple. That and the minimalistic aesthetic work well for this punishing game as they are far less distracting than games of similar motive. You feel like the only thing keeping you from reaching the next level is the weight of your own insufficient skill, and that’s something I can appreciate. Too many times have I played other platformers where camera angles or jittery controls have led to my demise. In Color Symphony 2, I always felt in control of my own fate and never had reason to blame the game.

“I genuinely think it’s impossible to beat some of the levels without dying due to unseen platforms that are off the screen.”

That isn’t to say I don’t have some gripes about it, my biggest being the requirement to die multiple times before completing later levels. I genuinely think it’s impossible to beat some of the levels without dying due to unseen platforms that are off the screen. In other words, you might not know a platform of a certain color exists once you reach the side of the screen and the level begins to side-scroll. Though none of the levels feel impossible to complete eventually, I would like to see the possibility of being able to complete each level in one try. I could never do it, but I know there are some die-hard fans of the genre who would love that challenge.

Color Symphony 2 is a perfect scratch for the hardcore puzzle platforming itch, but it might not be for every gamer. I would like to have a little more depth to the game, maybe longer levels with an interesting assortment of obstacles rather than lots of short levels with an associated gimmick. Still, I can’t complain too much because it is very well-polished for what it is: the art style and the accompanying music set just the right atmosphere for a repetitive challenge; the controls are tight and fluid; gravity affects the character in an intuitive way. For those reasons, it’s definitely worth a look for those who are a fan of the genre. 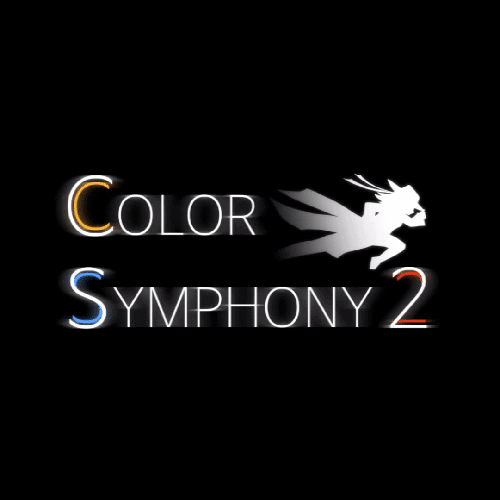