I’ve complained more than once about videogame genre mashups that don’t make sense. You know, like making a tossed salad out of Dark Souls and Peggle. Note to self: that sounds awesome. Anyway, the Spellforce franchise did a mashup before mashups were cool. The games combine real-time strategy mechanics with roleplaying elements and by and large, it’s a combo that works. Now, 2021’s Spellforce 3: Reforced has migrated to consoles. How does that particular marriage fare?

For the purposes of this metaphor, we’ll call the RPG elements the peanut butter. After a tutorial prologue, you play the campaign as Tahar, a character of your own creation. Along the way, you’ll of course gather a small unit’s worth of allies and party members. Although Spellforce 3 is pretty committed to well-worn high fantasy tropes, that doesn’t mean the narrative is uninteresting or the campaign is dull. It’s very well written and acted, with enough drama and conflict to keep the player engaged. 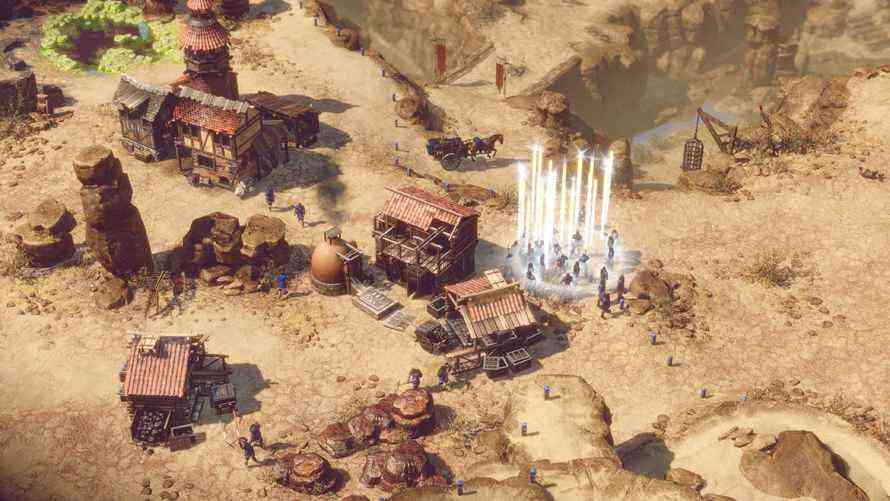 Your party members have multiple skill trees, and can be outfitted with a variety of weapons and abilities to use in battle. Because Spellforce 3 is also a real time strategy game, quite often your quartet of heroes are just one element in a conflict. Behind them are armies of rank-and-file soldiers. Controlling everything at once is a challenge, made only slightly awkward by the transition from mouse and keyboard.

Continuing our tortured metaphor, we have the jelly, Spellforce 3’s real-time strategy mechanics. While base building is not as deep as in a full-on RTS game, there are plenty of defensive structures to build and offensive units to deploy. In general, unit pathfinding is pretty good but there isn’t a lot of subtlety around things like formations. Mostly, you’ll end up throwing as many units as you can muster into the fray.

The essential gameplay loop of exploration, combat, and base-building is quite satisfying. What remains impressive is how elegantly everything flows together. Gears never grind. To be sure, neither the roleplaying nor the strategy elements are as deep as they could be, but the combination is greater than the sum of its parts.

The abbreviated summary above was true of the original PC game. The issue before us is, how does Spellforce 3: Reforced feel and look on consoles? Visuals aren’t really the issue, as our recent consoles can easily handle the game’s 2017 graphics. Just like on PC, they’re sharp, detailed, and attractive, if lacking the sheen of 2022’s capabilities. The voice acting is excellent, and the music by Bastian Kieslinger is effective. It comes down to controls.

An artist friend of mine once told me that using a mouse to create images is like drawing with a potato. I often think of this when densely layered strategy games make their way to consoles and controllers. Spellforce 3 has enough complexity to make mapping to a gamepad an artform unto itself. The good news: it works, mostly, with radial menus assigned to building and character selection, for example. Menus and fonts are a bit cluttered and hard to read, and precise control of large groups isn’t perfect. However, there’s nothing so frustrating about the controls as to warn potential players away. 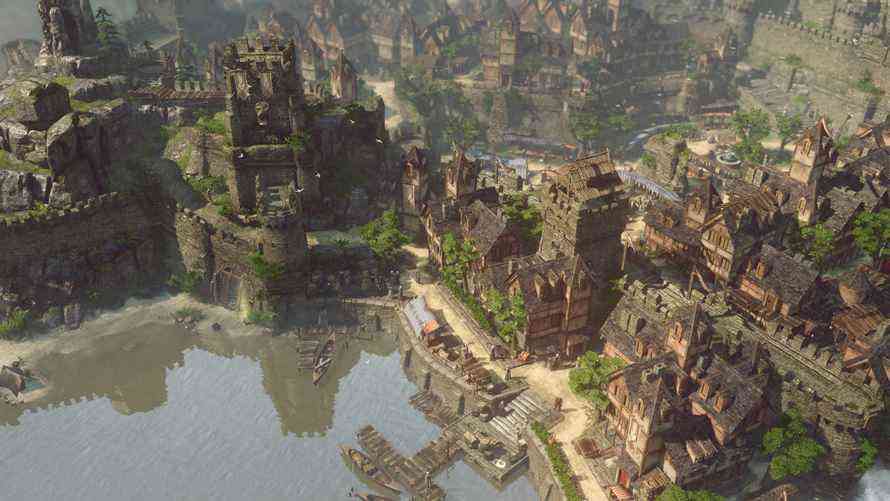 Past the main campaign, there’s a lot more to enjoy. There is a skirmish mode, for either solo or competitive play, and Journey mode. The Journey mode allows players to craft a unique character and explore the world unencumbered by the narrative. One disappointment is that Spellforce 3’s DLC is not included and must be purchased separately. 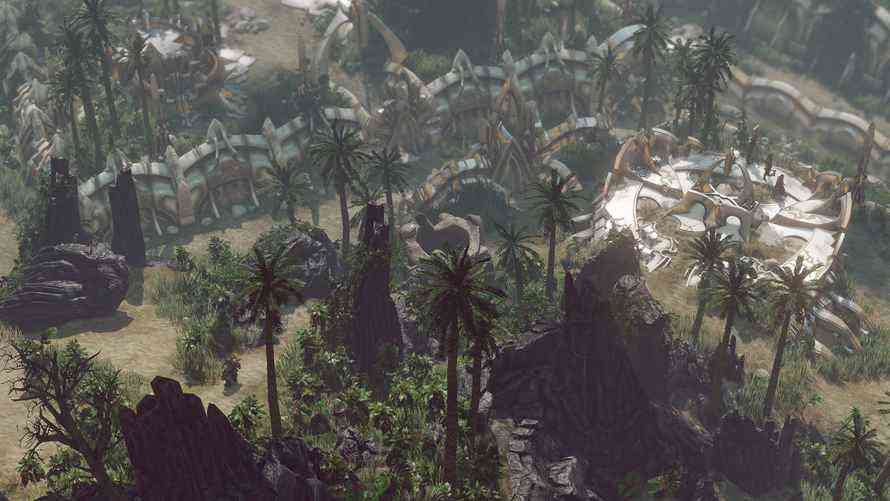 Spellforce 3: Reforced is a rare example of a genre mashup that makes sense. The two genres actually complement each other and come together to create a unique and enjoyable hybrid. Its story and setting are pretty over-reliant on well-worn high fantasy elements, but there’s more to the game than the main campaign. Controls on console work about as well as possible, given all the moving pieces inherited from the PC version. Fans of strategy and roleplaying games should find common ground in Spellforce 3: Reforced.

***PS5 code supplied by the developer for review*** 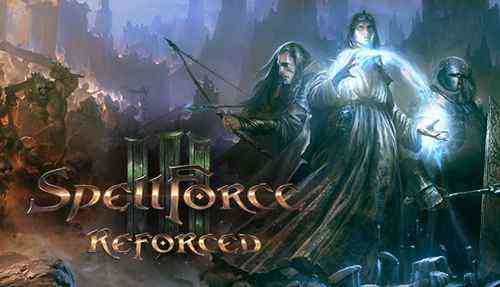