Whether motocross or Formula 1, uber-realistic sim or arcade-simple and forgiving, racing games just have to get a few things right. The reckless sense of speed would be one. The power fantasy would be another, of being in control of massive horsepower or a svelte but finely tuned engine. Then there’s fun. It has to be a joyful good time, no matter the mode of transportation. Does MX vs ATV Legends deliver on any of these requirements?

Are Those Tires Re-Treads?

After an extended hiatus, developer Rainbow released MX vs ATV: All Out in 2018 to decidedly mixed reviews. Both critics and players groused about performance issues, choppy animations and bland presentation. Mx vs ATV Legends addresses some of these complaints, but a few remain.

Once again, the hook of Legends is that you can compete with and against motocross bikes, ATVs, and UTVs, all in the same race. All of the vehicles share essentially the same controls, minimizing the learning curve. And, although you can certainly dial up the difficulty, Legends leans towards the arcade racer end of the spectrum. This is not a detailed racing sim, visually or in terms of physics, though the latter has been refined for Legends. 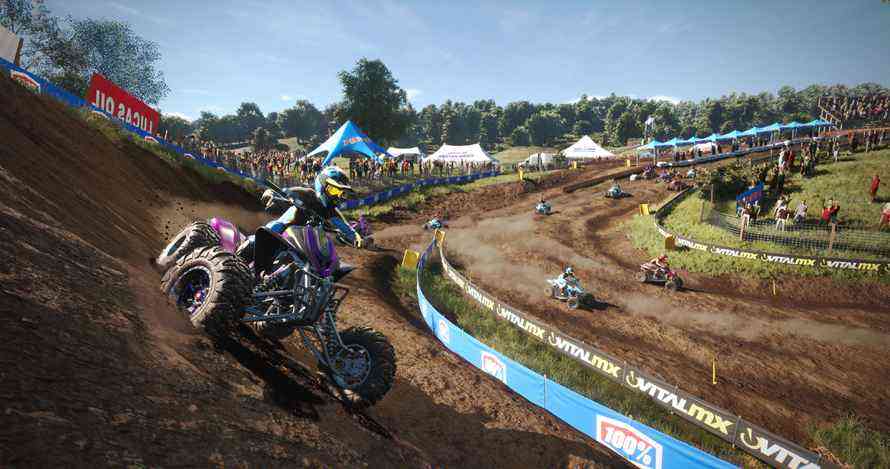 You can, of course, purchase new bikes and buggies with your race winnings, and you can upgrade and customize the vehicles you own with aftermarket parts, new liveries and the like. You can also customize your avatar with new, flashy outfits and gear. The range of available starting rides is fairly limited but there are add-on packs devoted to specific manufacturers, makes and models. As with virtually every racing game, you hobble through the early events, in this case with a basic motocross bike, until you have some experience and cash. After a few races, your mechanic gives you an equally beat-down all-terrain vehicle and finally, a UTV. Having these three starting bikes allows you to access different modes outside the career progression.

But Can You Make a Career Out Of It?

Following a tutorial area that is very similar to that of All Out, the game gives you access to its various modes. The career mode is an expansive series of races, through all the vehicle types. Completing races earns currency to purchase new parts and bikes. The races span a wide range of off-road tracks but unlike bigger-budget games like Formula 1, the career mode is not a dramatized narrative. It’s really just a series of races. Now and then you interact with NPCs back at your garage, but the writing and presentation are pretty bare bones. Just like All Out, finishing a race drops you back at your garage and the menu screen instead of seamlessly moving you forward. The career mode is just one part of Legends, but the competitions are a necessity if you want to unlock other parts of the game and other bikes. The career mode is lengthy if nothing else, spanning weekly races over several years.

MX vs ATV Legends is certainly not lacking in things to do. Outside of the career races, there are a huge number of one-off races to participate in, including supercross and national races, taking you to a number of real-world motocross tracks. The Trails mode are races on a series of expansive tracks in a variety of scenic environments. There’s the Rhythm mode, which combines racing to the beat of the music. Finally, there’s Freeride mode, which lets you explore those immense open-world areas and play with the bikes and physics. Legends is playable in both split-screen and multiplayer modes. 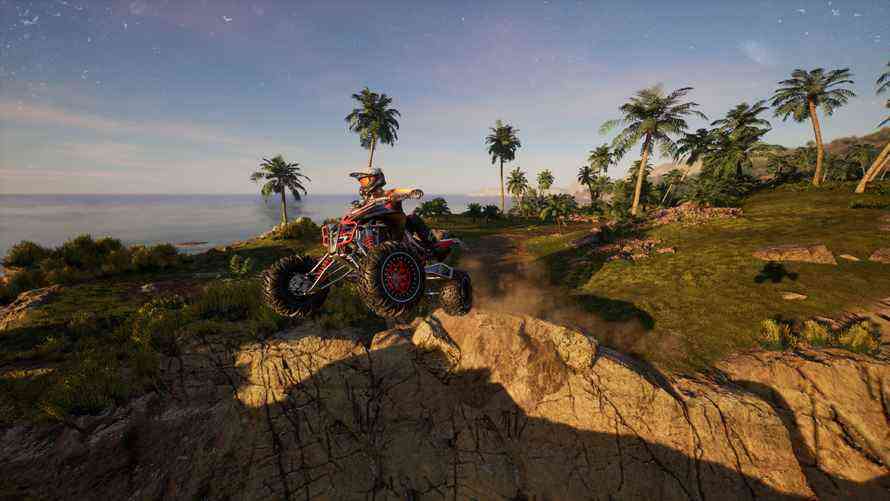 Back in your garage, you can upgrade your collection of bikes, ATVs, and UTVs, and change outfits. Don’t expect a deep character creator, though. Aside from name and gender, your avatar is hidden behind a helmet one hundred percent of the time.

The Good, Bad and Ugly

Having a lot of options is great, but if the driving isn’t fun, it’s all for nothing. In most cases, the bikes and four-wheelers control well. Dialing up the difficulty doesn’t make the experience more realistic, it simply makes the game less tolerant of errors, and I found the sweet spot somewhere in the middle. On the other hand., aside from doing some basic adjustments after a particularly high jump, I didn’t much enjoy trying to perform mid-air tricks, thanks to the somewhat awkward multi-button controls.

There are a couple of places where Legends skids hard into a berm. The first is audio and sound design. Nothing about the sound of the bikes or four-wheelers is impressive, immersive or visceral. The soundtrack of licensed songs is all over the map and by default, mixed way too loud, though it can be adjusted in settings. I found quite a few of the tracks jarring and annoying, especially when a death metal song rotates in during a relaxing free ride along the coastline.

Music taste is subjective, and you might love or loathe the soundtrack. You won’t love the game’s stuttering animations, dropped frames, and texture pop-in. These were problems that plagued the previous entry in the franchise, and they’re still issues here. Many of the tracks, environments, and weather effects are quite well done. They’re a bit lifeless, however.

The riders are particularly disappointing. With their choppy, repetitive animations and general lack of realism, they look like holdovers from a long-ago era of gaming. 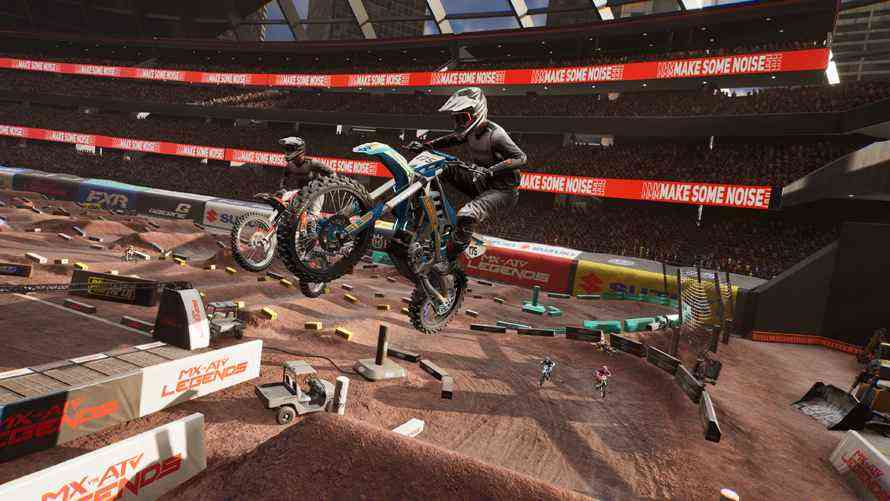 MX vs ATV Legends has a solid core. The arcade-style racing with motocross bikes and four-wheelers is fun, though repetitive over the course of the years-long career mode. Even allowing that Legends does not aspire to shiny, triple-A brilliance, the game’s performance, audio and up-close visuals can be pretty lackluster. The nicely varied tracks and huge natural environments compete with stuttering framerates and canned animations. With Legends, the franchise has moved closer to the finish line in many ways. In others, it still seems stalled at the starting line. 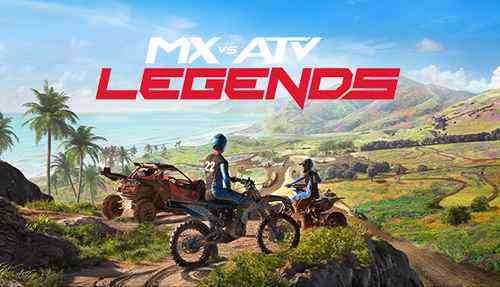 Way of the Hunter Unveils Animals of Transylvania
Next The Game of Life 2 Review – Life is Short and Sweet
Previous Spellforce 3: Reforced (Console edition) Review – Peanut Butter and Jelly Adventuring