Horror is something different for everyone. For some, horror is fear of the unknown. For others, horror is brutal violence and terror. Video games are a visual medium able to show you any kind of horror, but for most what is truly disturbing is the slow, creeping horror that lingers in the back of your mind. The stuff that is plausible, dehumanizing, and makes you think twice about turning the lights off just in case. SOMA does an excellent job of making you question humanity, morality, and whether or not you have enough locks on your door.

From developer Frictional Games, SOMA is a survival horror game with serious existential questions about humanity, consciousness, and what it means to die. For fans of science fiction literature, SOMA is something of a love letter to the works of Philip K. Dick, a man who questioned the morality and the validity of artificial life in almost all of his novels. It’s one of the most atmospheric games I have played in quite some time, and the sheer suspense and clever use of the environment make this a game that will keep your heart thumping inside your chest.

In 2015, Simon Jarrett was the victim of an unfortunate car accident that killed his passenger and damaged his brain, an injury that has left him with migraines and frequent bleeding. Simon finds his way to the office of Dr. Munshi, a man with a theory about helping the brain repair itself. Simon goes in for testing to see if he can be helped and when he comes too, he finds himself in darkness, deep in a filthy installation with no idea where he is. As Simon travels through this strange facility, he discovers he is in Site Upsilon of the PATHOS – II research facility. From there, Simon slowly uncovers the truth about the people who work there, the outside world, and the horrifying fact of how he arrived at Site Upsilon.

“SOMA forced me to go forward, I simply needed to know what happens next to poor Simon.”

The game has incredible pacing when it comes to its reveals, offering only the tiniest bit of information to further the plot, getting you from one point to the next without giving away too much of the big picture. It’s a small detail that keeps you on your toes and an essential part that blends seamlessly into creating the atmosphere of the unknown. Simon will start to encounter various robots with disturbingly human qualities, and he will be forced to do some rather heartless things if he wishes to press on and survive long enough to find the truth. 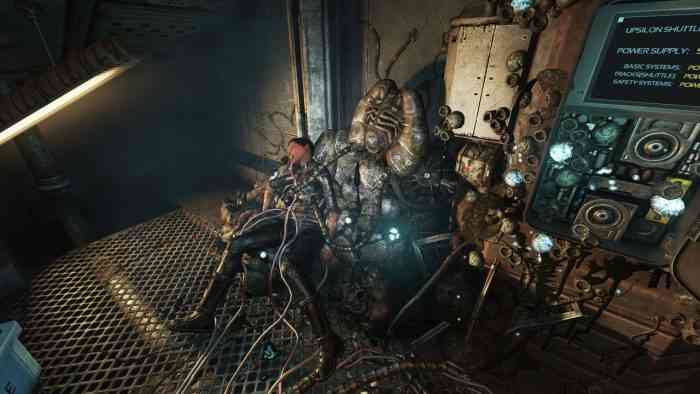 Exploring the gritty, grungy, station will keep you on edge the entire game, with flickering lights and eerie clangs of metal echoing in the distance – was that an anguished cry you just heard? Better press on… The game feels like it’s taken a page from the Alien franchise in how to create claustrophobic suspense and it did a fantastic job of making every step a cautious one. Whether or not you are a fan of Philip K. Dick, fans of science fiction and horror will easily find themselves gripped in SOMA’s narrative and feel compelled to keep going. I tend not to play many horror games but SOMA forced me to go forward, I simply needed to know what happens next to poor Simon.

The game’s controls are simple, although interacting with objects can be troublesome. You often times need just the right distance and angle to interact with something which can take some awkward repositioning. The physics of the game are smooth; I enjoy tossing things about and rummaging through objects. Any game that lets me take a closer, 360-degree look at objects makes me happy as if I am actually investigating for clues. Of course, the biggest change for SOMA on the Xbox One is the newly added “Safe Mode.” Safe Mode exists for the purpose of having gamers actually finish the game, as they are unable to die. Even having this knowledge beforehand, you do not feel safe in the slightest. As soon as a monstrous horror from the darkness screams at you and starts sprinting, you’ll have turned off the console and hidden under the blanket faster than said horror would rip your head off. The inclusion of Safe Mode is a way to have players actually make it to the end of the game and enjoy the story, and I appreciate the fact it doesn’t make you feel any safer.

“Point’s to SOMA for making me feel like I could drown in my own room.”

At one point in SOMA, I was feeling particularly confident about my chances: Safe Mode was enabled, I was in a wide open area, nothing could kill me so why worry? As soon as that dreaded roar of anger and agony deafened my dark little room, all thought of surviving went out the window. Even out in the open, when Simon will be moving about underwater had its own ambiance of fear. I personally have a fear of drowning, and playing in such a realistic deep sea setting, I could feel my heart and my lungs react in much the same way as when I find myself in water just a little too deep for my liking. Point’s to SOMA for making me feel like I could drown in my own room. 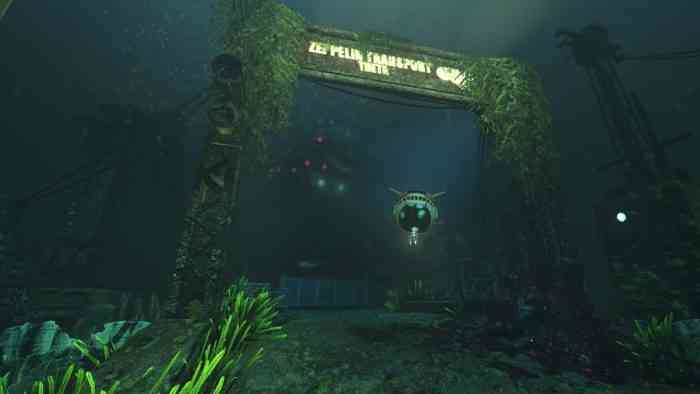 With such a heavy focus on the atmosphere and the terror, SOMA seems to forget to include much in the way of puzzle solving for progression. It’s a title about fetch quests and cat-and-mouse rather than a cerebral challenge under duress, which I feel is the one thing this game needs to improve upon. If the narrative itself were any less interesting, SOMA would not be able to stand on its own two feet gameplay wise. Luckily, we have a well-crafted story and some characters who are terrified right alongside us.

SOMA is a survival horror game that shows us a bleak future on several levels. The game is built and driven entirely by its atmosphere and characters, with the gameplay itself offering little more than terrified fetch quests and cat-and-mouse tactics. Visually the game will make you take it slow, one step at a time, and while its physics engine is fun to play with it can be bothersome to find the right angle for interaction. Safe Mode will be a must-have for those who want to make it to the end and don’t have much experience in video games, but be warned: It will not make you feel safe. 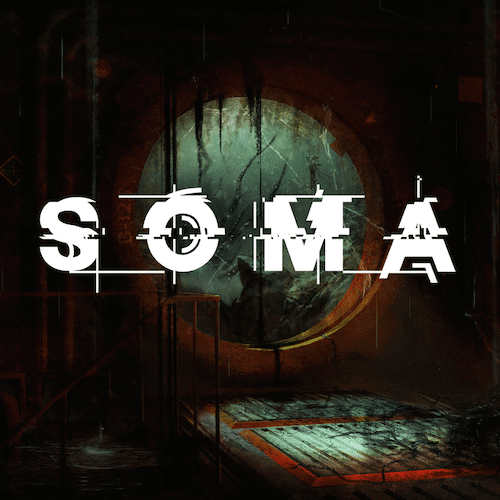