Some adventures are just better with a few friends. Others are downright punishing when you try and go it alone. Nine Parchments, the latest co-op game from Frozenbyte, is an excellent example of that second category. Like the Trine games that came before this one, you really shouldn’t try and make this work all by yourself. Captivating architecture and extensive spell selections aside, this game goes from great to grating without some companions to help you along.

Your story is a fairly simple one. You, a fledgling magic student, have been tasked with collecting the scattered spell parchments which have dusted the entire countryside. Along the way, you’ll encounter a host of different color-coded monsters, each with a specific elemental weakness or immunity. The actual narrative is a simple one, with tiny snippets of text accompanying your entry into a new area. It’s not a terribly important aspect of the game, with all your focus likely trained on the challenges in your immediate area. If you’re playing by yourself, your greatest hazard will be split between the environment and the enemies. If you’re playing with friends, your most serious obstacle will be each other.

“If you’re playing with friends, your most serious obstacle will be each other.”

Friend and foe are all equally vulnerable to every spell on your roster. That means any healing circles you lay down can benefit your enemies, and your offensive spells are able to target your comrades. If you’re traveling with three other wizards it will be a miracle if you all make it out alive. Which is totally fine! That’s one of the main draws of playing this game with friends. You can annihilate one another with extreme prejudice at the drop of a hat while your objective remains a lonely blip on the distant horizon. Accidental roastings or freezings will give rise to acts of revenge, mischief, and trickery. Eventually, you may even reach your goal. Of course, after playing with friends for long enough, your ‘goal’ may become their subjugation through punishing elemental magic. This is also fine. Those parchments in question can wait if need be. 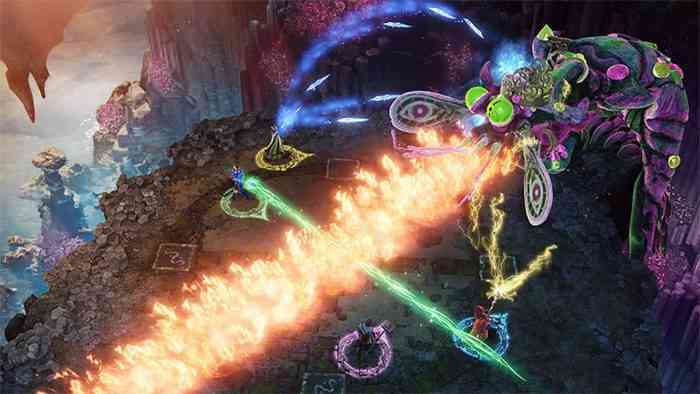 A solo adventure takes on a very different vibe, right from the beginning. Your teleportation skill will kill you several times before you get the hang of it. The enemies and their attack patterns will take a similar toll on your battered frame. Without the help of a companion, you’ve only got two chances to survive any given section of a stage. There’s something uniquely frustrating about losing one of these two tries after slipping off a ledge in a moment of distraction. It’s especially easy to make this mistake when you’re not totally clear on where the fatal falls are in any given environment. You more or less have to suss this out using yourself as a guinea pig.

Enemies are another frustrating hurdle when you’re going it alone. One thing your friends can do quite easily is revive you. There’s no real limit as to how many times they can do this unless you’re playing in Hardcore Mode. Otherwise, you could just murder each other out of spite and literally never finish a single stage. When you’re playing alone, you don’t have this safety net. That means a lot of strategies will involve kiting and teleporting until your spells recharge. That’s not to say single player is impossible. Not at all. You can take your time, learn their patterns and crush any enemy you encounter, all the way until the end of the game. It just won’t be very fun.

“If you’ve got a crew you can recruit for retrieving all those missing spells, you’re going to have a fabulous time.”

This is the core issue with Nine Parchments that has been a problem since Trine. All of these games require co-op in order to capture the fun locked away within them. You don’t need to be with friends to beat the game, you just won’t enjoy it as much. Now, this isn’t a fatal strike against Parchments, nor is it a black mark on any of Frozenbyte’s previous titles. After all, there are plenty of games out there that absolutely need multiplayer in order to function. There’s just something about having two options for playing, with one of them being the obviously inferior choice. Having that single player path dangled in front of me, only for it to be an awful slog, is terribly disappointing. Yet I can’t deny how much fun this game is when playing the way the creators clearly intended. To that end, my recommendation for Nine Parchments is a tentative one. If you’ve got a crew you can recruit for retrieving all those missing spells, you’re going to have a fabulous time. However, if you’re going to go alone, I just can’t endorse this game the same way. Like the old man in the cave, my advice is simple: It’s dangerous to go alone. Take a few friends with you and Nine Parchments will be a real blast. 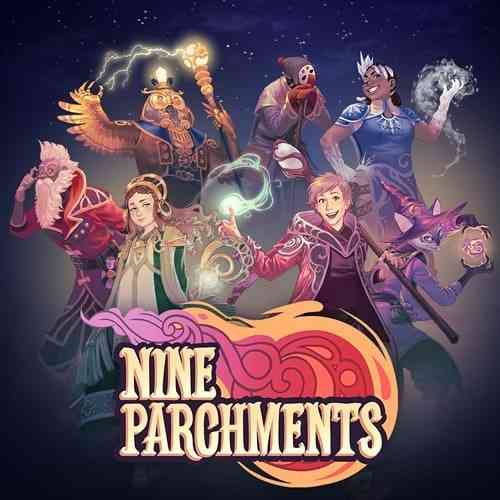