The Legend of Zelda: Breath of the Wild – The Champion’s Ballad Review – Truly Superb Continuation

The Legend of Zelda: Breath of the Wild ‘The Champion’s Ballad’ Review

After months of anticipation following the release of the Master Trials DLC in The Legend of Zelda: Breath of the Wild, The Champion’s Ballad expansion was finally premiered and simultaneously released at The Game Awards 2017. Considering the perfect score we gave the base game and its multiple awards including game of the year at the show, I didn’t even bother tempering my expectations. Breath of the Wild is easily one of my favorite games of 2017. I loved The Master Trials, and I’m happy to state that The Champion’s Ballad is a near perfect continuation of gameplay and storytelling.

As Link, your final trials have arrived. Are you the true hero of Hyrule? The one it deserves and definitely needs right now? Well, if over one hundred and twenty shrines completed, four divine beasts conquered, and countless enemies slain doesn’t prove it, these new trials certainly will. It’s time to return to the Shrine of Resurrection to show these entities exactly who you are. Upon arriving, you’re introduced to one of the most intriguing weapons I’ve wielded all year in video games. Behold, the ‘One-Hit Obliterator!’ This glorified candelabra performs exactly how it sounds. Smack anything with it once, and it’s entirely obliterated. However, there’s a profound catch. While wielding it, your health depletes to a quarter of one heart, and you can only use the weapon twice before it needs time to recharge. Additionally, if you attempt to use it a third time while it’s charging, you die instantly. As I set forth to overcome the initial batch of challenges on the Great Plateau, the One-Hit Obliterator quest provided a genuine, old-school challenge that we don’t often see in games these days and I absolutely adored it. 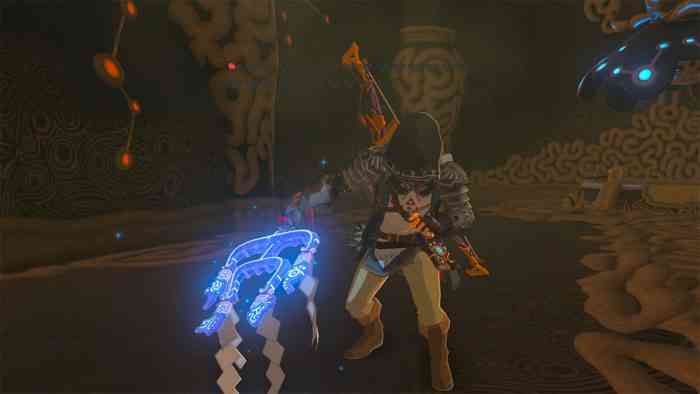 Breath of the Wild’s shrines are one of my favorite aspects of the game as they consistently capitalize off of the tools at your disposal and your aptitude as a player. I was thrilled with the addition of sixteen new shrines to challenge me in entirely new ways. Though I thoroughly enjoyed the shrines in the latter portion of DLC, the four on the Great Plateau felt the most rewarding and ironically provided the smallest, tangible reward. Due to the hindrance of the Obliterator, I was forced to approach each challenge in ways I previously never had. I’d spent the vast majority of my adventure in Hyrule stealthily approaching camps of enemies, but never with a mere quarter of a heart. My strategy of perching on a cliff to pop enemies from afar proved advantageous, and the Obliterator came in handy if one or two goons made their way up to my position. Each encounter was nerve-racking, which again is a feeling I rarely experience these days. Getting into the shrines was one thing, but completing them was another feat altogether. Each one challenged my creativity, intellect, and patience as I progressed; and that’s more than I could ask for. You can tell that Nintendo designed the new shrines based off of the way players conquered the previous ones, and they’ve succeeded in pushing the envelope.

Once you prove your worthiness to Maz Koshia, the real adventure begins. Spanning across Hyrule are four extensive quests pertaining to each champion and their divine beast. You’re presented with three pillars at each location. The pillars possess images that mark where each challenge resides on your map. I normally despise searching for things in video games as I prefer to be pointed directly to my destination. However, I surprisingly enjoyed seeking each challenge. In addition to the pillar images, Kass sings a tune with lyrics containing hints for each area. I was forced to invoke my inner Sherlock as I sought the ventures that awaited me. Thankfully, the struggle of locating each one was entirely worth it. Between battling massive enemies, mastering my paragliding and shield surfing skills, and testing my accuracy with a bow, every challenge was varied and fun. Completing them spawns, you guessed it, new shrines. The shrines pertaining to each champion are themed off of their divine beast. As expected, every shrine presents a moderate challenge. I’m still not a fan of the game’s motion control segments, but thankfully they’re few and far between. 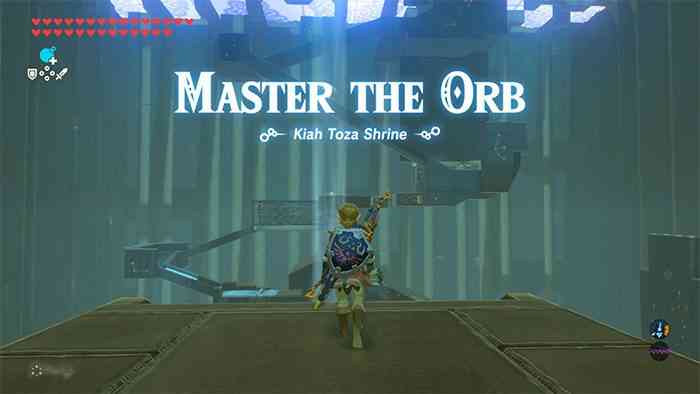 Once you collect all of a champion’s emblems, you cash them in for the final boss encounter. Unfortunately, you duke it out with the exact same bosses from before; albeit with specified loadouts. I enjoyed combating each boss with limited resources, but I would’ve preferred to encounter new foes. Defeating them grants you enhanced versions of your champion abilities. Considering I didn’t struggle to defeat Calamity Ganon with the standard powers, and I have very little left do in the main game, the upgraded abilities felt slightly underwhelming, but greatly appreciated nonetheless. Ultimately, I would’ve rather received additional Spirit Orbs to continue upgrading my health and stamina.

Overcoming all of the champion trials leads to the final challenge beneath the Shrine of Resurrection. Serving as the fifth divine beast, the final trial is described as a complex labyrinth designed to best all of the others. Breath of the Wild’s divine beasts are enjoyable, but pale in comparison to traditional Zelda dungeons. The same applies to the final beast. Admittedly, I briefly found myself stumped on one or two occasions, but managed to breeze through the majority of it. It’s also quite small for being the big finale. Though I was hoping for a bit more, it’s still an absolute blast to combine my Sheikah Slate abilities in order to solve puzzles. I won’t spoil the final boss, but I will say it’s a great addition to the other bosses you encounter throughout the game.

“Are horses now obsolete? Undeniably, yes. But you have to admit, the Master Cycle Zero is one hell of an upgrade.”

If you’ve seen the Champion’s Ballad trailer, you’re aware of the final reward: the hero of Hyrule’s ancient dirt scooter. Okay, ‘Master Cycle Zero’ sounds far more badass than dirt scooter, but you can’t deny what it is. A bit odd for a Zelda game, certainly, but unequivocally awesome. Being described as an ancient masterpiece of design and innovation reserved for the true hero of Hyrule, the fact that a dirt bike is the ultimate treasure is absolutely hilarious. But I won’t deny that I was stoked to receive it. Naturally, I took the whip for a spin across Hyrule’s gnarliest environments. The mechanics feel a bit stiff, but the bike is a blast to ride. It’s satisfyingly swift and possesses a bunny hop mechanic; enabling you stunt over obstacles. However, it eventually runs out of gas, so, it’s important keep a plethora of junk on hand to refuel and keep cruising. Are horses now obsolete? Undeniably, yes. But you have to admit, the Master Cycle Zero is one hell of an upgrade. 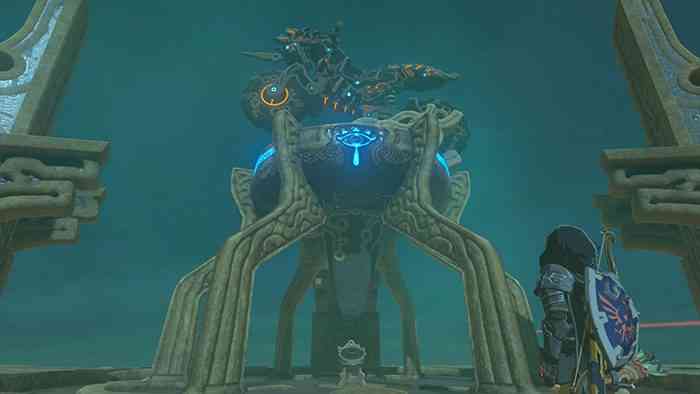 I was never particularly compelled by Breath of the Wild’s story, but I did enjoy receiving a glimpse of the champions as Zelda recruited them for the battle against Calamity Ganon one hundred years prior. I also never felt attached to any of the characters, as they’re all rather void of depth, but I found the ending cutscene to be unexpectedly emotional. Perhaps it was due to reflecting on the grand adventure I’ve had in Breath of the Wild throughout 2017. In addition to all the fun to be had in the DLC, there’s a handful of new items and outfits to acquire. Specifically, the ancient horse bridle and saddle are especially beneficial, as they enable you to spawn your horse at your exact location. Now that I have a magical chopper to blaze across the vastness of Hyrule, the horse upgrade is unnecessary. But for players who begin a new game and are in possession of the DLC, the new horse gear should be two of the first items they seek. In terms of outfits, the Royal Guard suit, Xenoblade suit, and Ravio Hood are nice, but Phantom Ganon’s gear is especially appreciated and a great callback to Ocarina of Time.

The Champion’s Ballad DLC is a splendid continuation of one of 2017’s finest titles. Though it features minor disappointments, the overall experience is incredibly enjoyable. I hadn’t touched the game since the previous DLC, so, diving back into Breath of Wild had me falling in love all over again. I can only hope that Nintendo surprises us with one final expansion down the road. In the meantime, I’ll more than likely try my luck in Master Mode. For more on The Legend of Zelda: Breath of the Wild, keep it locked on COGconnected. 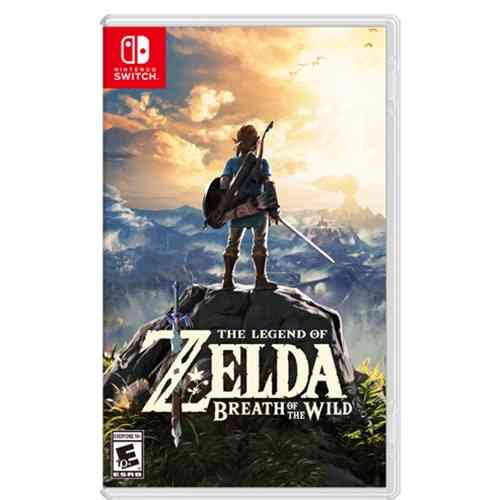