The Solus Project arrives to fill a hole in the VR space — specifically, to provide a full-length game in a place comprised almost entirely of“experiences” and brief, gimmicky adventures. True, The Solus Project didn’t begin life as a VR game, and you don’t even need Playstation VR to play it, however, it’s a harder sell on a flat screen. It’s not a bad 2D game by any means. The combination of exploration, mystery, and survival is pretty solid, if not revolutionary. It’s just that the ability to fully immerse yourself in the experience feels so pivotal, it’s hard to imagine playing the game without VR if you have that option.

In The Solus Project, you are the survivor of a crashed spaceship, the mission of which was to find habitable planets, since Earth was swallowed by a passing star. Waking up among the rubble, you quickly come to realize this barren planet might not be as empty as you thought. Survival is your first priority, but once your basic needs are met, you begin exploring, and you soon come across what seem to be vast, underground temples full of traps and hieroglyphics. Decrypting alien text with your PDA device tells the story of a race of alien beings who descended to this planet and presumably built all these underground tunnels and places of worship. Seen at first as a savior race, it becomes quickly apparent they were no such thing.

“The controls, unfortunately, make surviving just a little bit scarier. They start out confusing, and I never found myself taking to them quite like I’d hoped I would.”

Your first mission is to find your way out of the initial area, an area cordoned off by some sort of mesh netting. I wasted 15 minutes of my life trying to defeat the mesh netting. Now, when I’ve played a game poorly, I’m happy to admit it. However, the solution to this initial puzzle is in no way intuitive, and the lack of any sort of tutorial masks the fact that you possess the ability to do what needs to be done right out of the gate. (For the record: There are two big rocks on the ground. You are supposed to pick up one and press the proper button to “combine” it with the other, thereby creating a “Sharp Rock,” which you then can use to cut through the mesh. Sans tutorial, how is one supposed to ascertain the answer to this riddle? Trial and error, and not the fun kind.) Note that I was playing in VR mode here, and there are fewer onscreen prompts than when playing in 2D mode.

However, guidance is by no means always elusive. In fact, when you’re heading toward your next objective, you will be stuck with a large indicator to that effect, smack dab in the middle of your field of view. It’s distracting. It seems a HUD map could have solved this problem, but instead my vision of the vast, desolate alien landscape is muddled with explanatory text a significant percentage of the time. This is the strange dichotomy of The Solus Project. At times, it seems to back off, leaving you with no assistance when you might actually need it, while at other times it won’t stop screaming the solution in your ear. 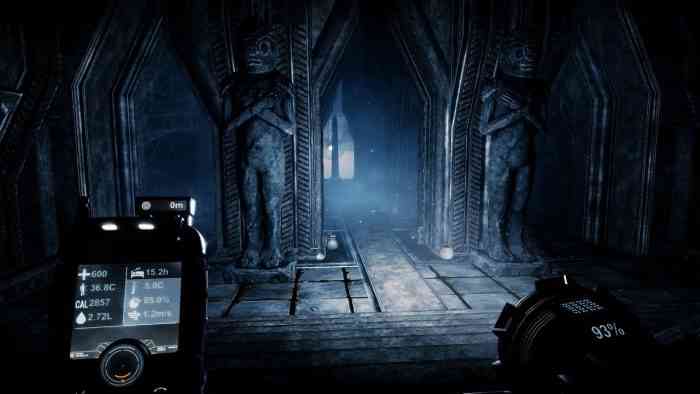 Your giant PDA keeps you apprised of your well-being. You can fine-tune the difficulty level to determine how quickly your vitals fall without replenishment. I played both on easy mode and on super-hard mode, and it’s obvious hardcore survival buffs will prefer the latter. Things like thirst, dampness, hunger, and coldness will all have an impact on your ability to survive. Take a dip in an underground lake? Better make a campfire and dry off. Starving to death? Maybe that weird alien plant you found outside is starting to look tasty. The solutions to your needs are always very easy to understand, as they should be. This is basic survival. You’re just doing it in a scary, entirely foreign place.

“Standing on a hilltop while the planet’s giant moon looks down on you is exhilarating.”

The controls, unfortunately, make surviving just a little bit scarier. They start out confusing, and I never found myself taking to them quite like I’d hoped I would. In VR, the game has created a reasonable workaround for the Move controller’s lack of a joystick — holding down the right Move button allows you to walk forward. You can turn at about 45-degree intervals by pushing buttons on the left Move controller, and turning your head as you walk allows you to veer in that direction. Your right Move controller houses most of the environmental manipulation buttons: picking up objects, placing them in your inventory, combining them with other objects. Your vital stats are always available on your big PDA, so it’s just a matter of using your other hand to tap the buttons on the device. It might be a little cumbersome, but I appreciated the additional immersiveness that the process provides. Controls in 2D are straightforward, 1st-person exploration game fare, with the addition of a dash button, which I would have loved in VR mode.

I really appreciate the effort to create a control scheme that doesn’t rely on teleportation. While I know VR motion sickness is a real thing that impacts some people, I don’t count myself among them, so I’m always grateful for at least the option to have smooth movement. And teleportation is an option here, to be clear. You can select it from the menu. Unfortunately, without an easier way to turn, walking ends up being a frustrating battle between making forward progress and trying to straighten out your trajectory. An option to play with the Dualshock 4 while in VR would go a long way to fixing this. It worked in Resident Evil 7. What you’d lose in object manipulation would be more than made up for by ease of movement. 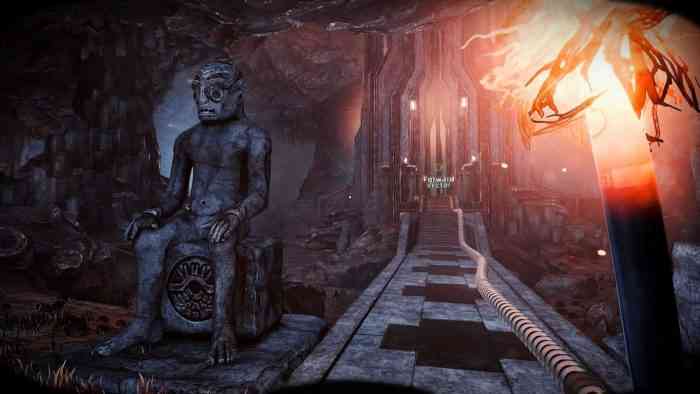 Once you’ve gotten accustomed to moving, however, it’s easy to lose yourself in the world. You’ll solve simple puzzles (find key, insert key) and use your teleportation device to transport yourself into areas you wouldn’t otherwise be able to enter. Graphically, there’s typically not much to look at. Textures are low-res, there’s a decent amount of pop-in (something I haven’t seen in too many modern games), and the caves you explore don’t provide much in the way of scenery. Still, the expansiveness of the world and the night sky are a sight to behold in VR. Standing on a hilltop while the planet’s giant moon looks down on you is exhilarating. You feel genuinely small, and in a game of survival like this, that’s exactly how you want to feel. I only wish there were more grand, outdoor vistas to take in. So much of the game happens in dark, underground tunnels that feel same-y. It’s also worth mentioning that, despite the overall graphical quality not being very high, the load times that occur between areas are incredibly long. As in, take-off-your-headset-and-grab-a-drink-of-water long. At least the areas are large, so loading only happens occasionally. In 2D mode, graphics are a bit sharper, but even then, this is not a graphical showcase for the power of the PS4.

The Solus Project does what it sets out to do — immerse you in a dangerous environment for a dozen or so hours and task you with surviving long enough to experience the story. While I wish there was a bit more to the plot, and while the controls frustrated me, it’s a fairly solid exploration and survival game. The VR component makes it worth investing some time in. 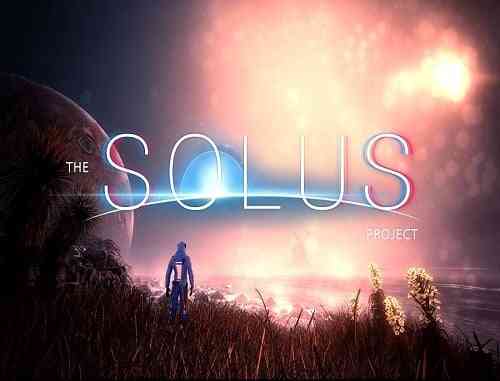