If you own a PS4, you will without a doubt decide to purchase a second game controller at some point — whether it be to play with your buddies at home or just to have an alternate option to grab when you run out of power. While many of us will unconsciously decide to go with a second official DualShock 4 (as I will admit I have), there are actually a growing number of quality third-party controller options out there. One of the most recent is the Snakebyte Wireless Game:Pad 4S, which looks to not only provide a cheaper alternative, but brings with it a number of changes in design that set it apart.

Rest assured that the build quality of the Snakebyte Wireless Game:Pad 4S is definitely up to standard. There’s that nice solid and substantial feel when you first hold it in your hands which tells you this is a well-crafted unit — not always a given with third-party hardware. The ergonomics suit the contours of your hands and fingers well and possibly make it a bit superior in this regard to the DualShock 4. While the large, almost tubular handles of the DualShock 4 sometimes feel like they are going to slip out of my hands during intense (and sweaty) moments, the handles on the Snakebyte Wireless Game:Pad 4S have a more angular design that helps you keep it in place at all times. Buttons are likewise made with all the care of the original and give you that satisfying ‘click’ when you press them, and that includes the D Pad.

Button placement is slightly different from what you might be used to on your DualShock 4; the thumb sticks are slightly closer together, which I found to be neither better nor worse when using them. They do have a better rubber grip on top though, making them easier to hold on to. A huge improvement that the Snakebyte Wireless Game:Pad 4S brings is the elimination of the glowing light bar on the front (only the glowing Home button tells you it’s on), which not only saves battery life but allows for bigger L1 and R1 buttons. The Trackpad is also smaller, which I found to be an improvement since the ‘tracking’ part of this button is not used very much in games — it’s essentially just another ‘click’ button most of the time, and the Snakebyte Wireless Game:Pad 4S saves valuable space by reducing it. 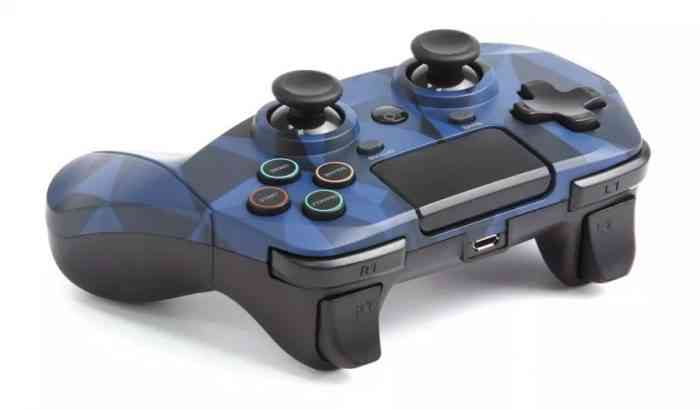 Maybe because of the power-saving decision to get rid of the light bar, the Snakebyte Wireless Game:Pad 4S is very good on battery life. It also connects effortlessly to your PS4 console using the same Bluetooth technology as your DualShock 4. And you charge it using the same Micro-USB port when it does run out of power. I really liked how overall, the Snakebyte Wireless Game:Pad 4S tries as much as possible to make the transition from using a DualShock 4 easy and painless, allowing you to seamlessly switch over without that awful process of pairing or connecting that can sometimes scare us away from third-party hardware.

I didn’t love all of Snakebyte’s choices, though. You’ll notice that the Triangle, Square, Circle and X buttons have been relabeled with the actual words instead of the symbols. I guess it was an attempt to visually set the Snakebyte Wireless Game:Pad 4S apart from its more famous competitor, but I didn’t see how it helped and just felt like a change for its own sake when the original symbols worked way better, especially to newer players who might not have memorized the button layout. The Options and Select button locations on the Snakebyte Wireless Game:Pad 4S are also less conveniently placed than on the DualShock 4, being moved awkwardly behind the thumb sticks so that you are forced to reach around to push them. Couple that with the fact that they are soft, squishy rubber instead of hard ‘click’ buttons, and it makes pressing them a bit of a pain.

** A Snakebyte Wireless Game:Pad 4S was provided by the manufacturer ** 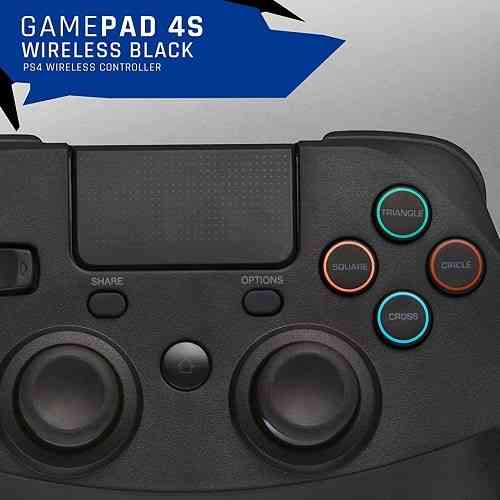