Spooky things always happen at night. If the Nightmare on Elm Street taught us anything, it’s that you should never, never fall asleep when there’s creepy business afoot. A small town is experiencing blackouts, and residents are waking up with no recollection of the acts they’ve committed while they’re asleep. The Blackout Club has a simple enough premise where a group of teenagers investigate what’s going on in their town. As it turns out this co-op horror title is so, so much more complex than the first moments might lead to you believe. With gameplay that promises to be equal parts terrifying and intense from the get-go, it’s likely you’ll find yourself drawn into the thrill of it all, yearning to play more.

You’ll begin the game at a secret hideout, which is full of items required to make it through the night without falling to the same fate as the adults of the town. After a quick tutorial and intense first encounter with the game’s big bad, The Shape, you’ll get to start your first mission. Each mission has a set of objectives, each which become increasingly more difficult as you level up. Whether you have to investigate weird things that keep happening around town, pickpocket one of the sleepwalkers, or bring an item from point A to B, there is one overarching objective: keep out of reach of The Shape and stay awake.

If you make it through the entire mission it’s immensely satisfying, and patience is a virtue in this game. You have to move at a snail’s pace, no exaggeration, because unless you’re crouched the entire time, you will be heard and stalked by the enemy. And if you think you can outrun them without a second thought of the sound you’re making, guess again. What started as one sleepwalker chasing you, will turn into a whole damn parade. Not all hope is lost though because there’s a stealth level indicator at the bottom of your screen that shows how much noise you’re making at any given time, and whether or not you’ve been spotted by an enemy. Additionally there are multiple items, like noisemakers and foam spray, that help keep the sleepwalkers distracted or allow you to move more quietly. As you complete more missions and earn more XP, you’ll also be able to level up your character, complete with equippable powers. Stealth and these handy dandy goodies are your friends, so be sure to use them.

Speaking of friends, although there is the ability to play solo, The Blackout Club has been crafted as a stealth co-op game through and through. Regardless of how stealthy you are, it’s inevitable that The Shape will be summoned, hunt you down, and put you to sleep. If you’re playing alone, this means you have to start from the beginning. If you’re playing with a group of friends the person who was detected the most by the sleepwalkers will be targeted first. This gives the other three players ample opportunity to complete the objectives and make it to the exit point. Once a teammate has become a sleepwalker, the next player on the list is targeted. It’s extremely intense. 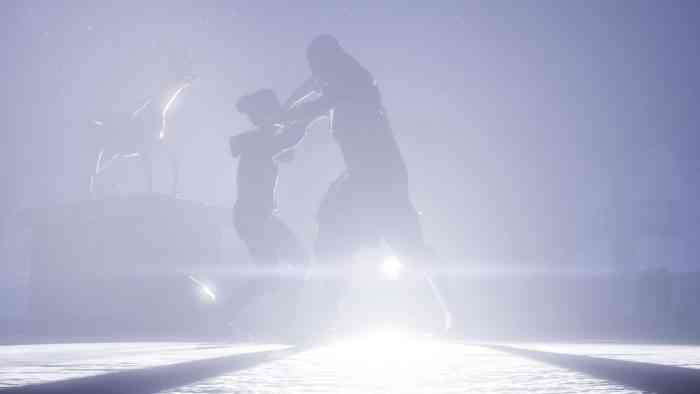 This, complete with the Stalker game mode that unlocks at level 5, gives off a serious Friday The 13th vibe. This PvP mode offers up something a bit different than the rest of the game. As a stalker, you’ll be able to invade someone’s mission and help spy on the teenagers of The Blackout Club. With every recording you take of them, the sleepwalkers are alerted to their presence, and eventually The Shape is summoned. You win when all of the players are put to sleep. Now if you’re one of the players trying to complete your mission, the game just got a whole lot more intense, with the added difficulty of a ‘spy’ being added to your list of enemies. If you catch and grab this stalker, you will get rid of them from your mission. If you want a break from the feeling of doom hanging over your head, you’ll definitely enjoy stalking someone else’s game. Beware; once you invade someone else’s game, you open yourself up to be a target as well.

Regardless of the game mode, what increases the intensity over the entire course of the game is that it’s not as simple as just avoiding The Shape. First there’s a steady rhythm, like your heartbeat as the adrenaline kicks in, then there’s an encroaching orange blob that can only be seen when your eyes are closed, and a red hue to your peripheral when it’s hot on your tail. Now you know it’s almost all over. Unfortunately as intense as the action is in these moments when you’re being hunted this is also the most frustrating part of the game. In order to stay out of The Shape’s grasp you have to keep your eyes closed. Obviously it’s not easy to maneuver around all of the sleepwalkers and drones, let alone walls and doors, when you can’t see them. Unlike a mouse and keyboard, which allows you to easily move while pressing interaction buttons, using a controller is a lot harder to hold down multiple buttons and move at the same time.

Not Just Your Average Foe

Unlike most games you’re used to the AI within The Blackout Club are much smarter than your average foe. Their movements, especially The Shape’s, are not only complex, but fear inducing. Be prepared to jump out of your seat more than once as you come face to face with sleepwalkers you weren’t keeping track of. Even if you taze your way out of being caught, it still feels like something straight out of a horror movie. It’s exactly what you want from a horror game like this.

Along with the complex gameplay, there is a lot of detail to be found within The Blackout Club’s small town. The design of the world that surrounds you feels like a brand new comic book, with plenty of depth. If you close your eyes you’ll find red footprints leading all around the map to the enemy lair, as well as frightening messages and warnings written on the ceilings and walls. The background music and sound effects ebb and flow in their intensity to match the action within the game. If you’re creeping through the basement of a house, it’s so quiet you could hear a pin drop one house over. If however, you’ve been spotted by a drone, or are being tracked by The Shape, it sounds like your game, or your life even, is about to come to an end. 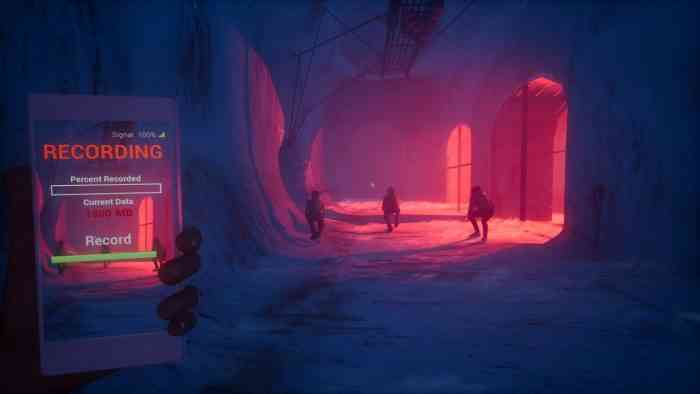 No bugs or glitches to be found within the game, save for one. In a few missions I noticed that the sleepwalkers movement, at times, wouldn’t be entirely smooth. Instead, they would skip forward or fly through the sky, instead of walking or jumping over the fence. Although it doesn’t impact the enjoyment of the game, it certainly lightens the mood during some intense moments. It’s hard to imagine this won’t be something that’s fixed within the first patch after launch.

With a few small hiccups along the road that can probably be easily ironed out, and as long as you have patience in abundance, The Blackout Club is a good time. With never ending levels and missions to complete, and the interesting Stalker mode, the replay potential is sky high. If you have a small group of friends to play it with, it makes things that much better. Overall The Blackout Club offers a genuinely scary experience that is not only intense, but equally fun. Honestly, this is cooperative gameplay, with a dash of horror, at its absolute finest. 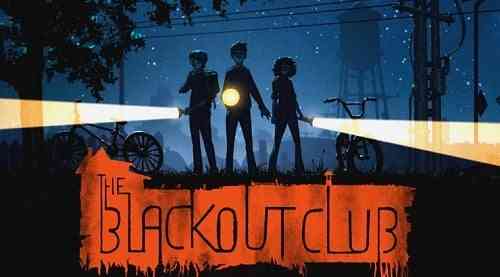