Today gaming relies more and more on the immersion provided by quality headsets to pull you in and encapsulate your senses. Features like noise canceling, bass boosting, and more practical applications such as earcups that accommodate glasses are becoming essential additions to get the most out of your game. It’s a cutthroat business with recognizable brands dominating the top, but what about the lesser known brands? Snakebyte, an accessory developer based out of Germany who makes a variety of gaming accessories across all platforms has put out its latest PC exclusive headset with the notion of going toe-to-toe with the big name companies, but did Snakebyte take off more than it could chew?

At first glance, the PC Head:Set Pro is like any other gaming headset, but as soon as it comes out of the box it’s hard to miss its, shall we say, unique design choices. I’ve reviewed a number of headsets before and while many of them say they are designed for a particular console – usually, due to an additional feature only useable for said console – this is my first headset to use a USB plug as opposed to a standard audio jack. That means – for better or worse – this is restricted to USB devices only. While it potentially could run with the PS4 or Xbox One and it’s USB ports, you’ll need to be within five feet of the console at best to play.

Most headsets will also include a comfortable support to rest across the top of your head which doubles to supply the tension that makes the unit stay in place. Snakebyte’s answer to this is to swap out the normally static padding for a strip of padded elastic extending between either earcup. This does mold a lot nicer around the head but using this method in place of adjustable lengths on either side feels awkward at first. I did get used to it in short order and I am sure they aren’t the first company to use elastic, but it was a curious choice. 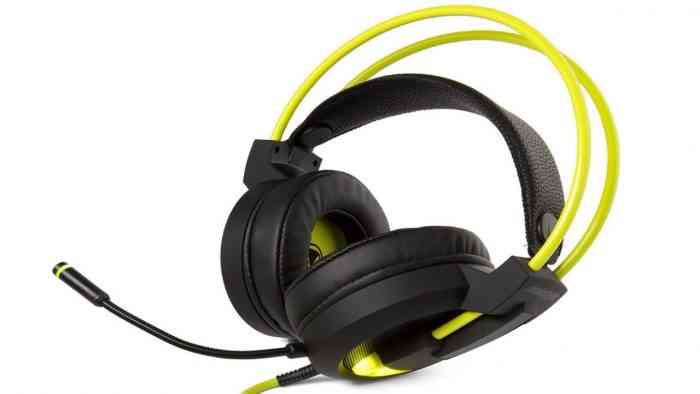 It’s also worth noting that the built-in audio control added to the cord is confusingly and unnecessarily massive. Roughly the size of taping two lighters together, it offers a small volume wheel, a mute button for the mic, and the bass boost button. I can’t fathom why two buttons and a wheel require so much real estate but luckily one does not feel the weight from such an addition. In fact, the headset as a whole is surprisingly lightweight compared to the other headsets I’ve used in the past, often feeling entirely weightless.

Now, this all covers its general design, but what about the quality of the audio? The actual thing this is meant to do?  The Snakebyte PC Head:Set Pro claims it offers 7.1 surround sound, and to its credit, the audio was clear, dynamic, and even playing the simplest indie games offered smoothly transitioning surround audio that shuffled about in my head. The bass boost, unfortunately, was something less than to be desired. I used it off and on for a variety of games and while it did create a notable adjustment, it fell far below my expectations. In some cases, it was barely noticeable, in others the change was more of a purr than a roar. Given the opportunity, I often play games with any bass boost turned on because I love the extra thump out of the audio, be it the soundtrack or the footsteps of a kaiju, but for the Snakebyte I could take it or leave it. 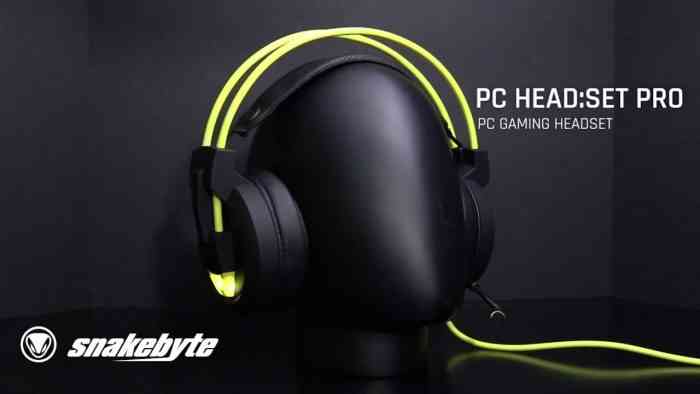 Given its generally low price of roughly $40 USD on Amazon, this certainly isn’t the worst headset to pick up. If you are looking for simplicity and the weight of a feather, then Snakebyte’s PC Head:Set Pro may be just the thing, but unfortunately, there are a number of developers out there putting out better Pro-gaming headsets for a better value. While it can be comfortable to the point of forgetting it’s even on, the USB connection makes its versatility incredibly limited and the oversized audio controller – while functional – is almost laughable. It’s the kind of headset that would do in a pinch while you hold out to buy something with more power down the road.

**Headset provided by the publisher** 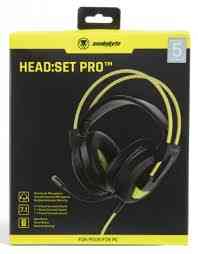