Were you a fan of kung-fu movies growing up? Maybe the genre-defining cyberpunk classics like Blade Runner? There is something deeply satisfying about those ending scenes in the rain, surrounded by your enemies as you take your last stand, so why not play a game about just that? From developer Ludic Studios, Akane is a game drowning in simplicity that will challenge you to be better and focus more acutely than you might expect. With katana in one hand and a pistol in the other, Akane is a game about self-improvement through extreme trial and error in a fantastic cyberpunk-like setting.

Players take control of the titular character in this violent and brutal showdown – whose name just so happens to also translate to ‘deep red’ – as she has spent her life training in the ways of combat. This is not a game about a tragic backstory, an inciting incident, or any manner of average narratives that are designed to pull you in. Instead, the entire game consists of the “final level” scenario; Akane knows she is going to die, but before she goes she will take as many of the yakuza with her as possible. There is no “win” scenario here, Akane is going to die, it truly is a question of how many you can kill before that happens, and there are a lot of minions to slaughter.

Built like many arcade games, the replayability comes from a drive to do better and to go further, but Akane takes this one step beyond and provides achievable challenges along the way to give each attempt meaning and purpose. The character has a number of slots with unlockable and equippable items, each one requiring a specific challenge to be completed. Maybe you need to get 50 kills in one run with the gun, or kill three tank characters in one run. The challenges are varied and each one completed opens up another to complete. At any given time there are six challenges available, and each time you jump into the fray you can choose which one you want to focus on. Having these smaller goals within the context of trying to kill everyone on a single life reinforces a reason to keep playing and improving. 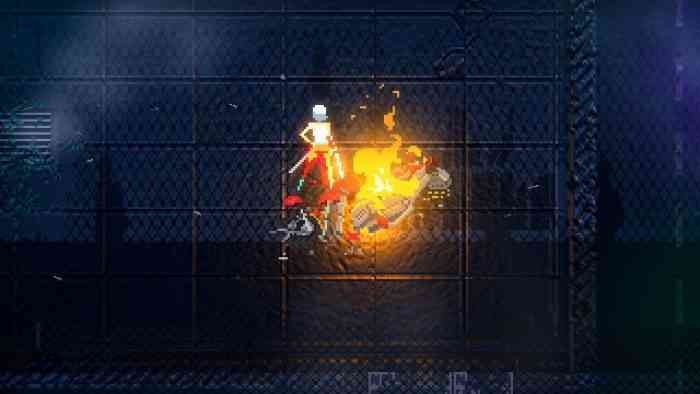 Mechanically this game is quite sound. Movement is key to survival while blocking is often the biggest gamble of all; blocking leaves you invulnerable to slashes and bullets, but you also won’t be moving, giving the yakuza more and more time to close in and surround you. Enemies are felled with a single swing of your katana or shot from your gun however you can be defeated just as easily. Poorly timed sword attacks will leave you open to defeat and occasionally the brightly colored thugs will blend in with the neon surroundings meaning you have to be on your toes at all times. There is a small learning curve on timing and effective combos, but after a few deaths, you’ll quickly fall into place and keep slaughtering the endless hordes of gangsters. I do find it unfair that certain ranged enemies can seemingly shoot through their allies and solid objects to kill you but your bullets – at least for the starting gun – will stop at the first solid object or person it meets.

You’ll also notice the fantastic retro-style visuals of the game. This lends itself incredibly well to the narrative and setting of the game; rich in the cyberpunk/ neon-fueled future, coming across as one of the more visually impressive adaptations of retro-style graphics I have seen in recent games. It is a curious choice to keep the game localized in this one final location, but at the same time it makes sense and the challenge of the game is high enough that I never feel like I’m missing out on other locations or lore, I’m just here to take as many bad guys down with me as I can. 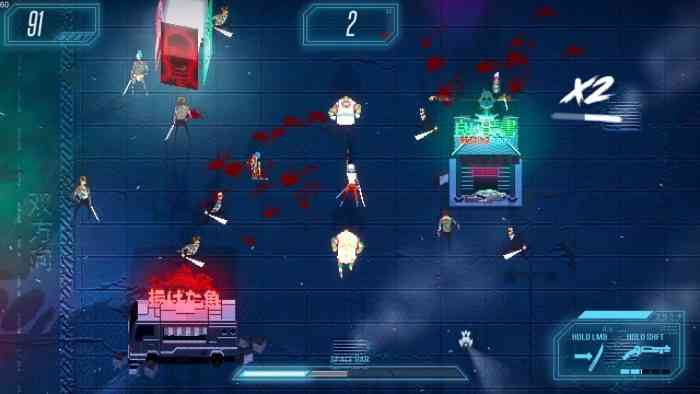 Akane is unapologetically fast, tough, and challenging. It’s setting and general yakuza/cyberpunk themes mesh incredibly well together in telling the player everything they need to know about the games’ last stand. The combat is fast and fluid with a moderate amount of skill required, yet its also designed to be something you can easily learn and improve upon the more you play. The challenges the game offers also give you a variety of goals to work towards and various helpful rewards to unlock which not only helps encourage replayability but offers short term goals that can keep you playing for hours. Whether you have a few minutes to spare or an hour waiting in line, Akane is a title you can pick up and play for any length of time.

**Switch Code provided by the publisher** 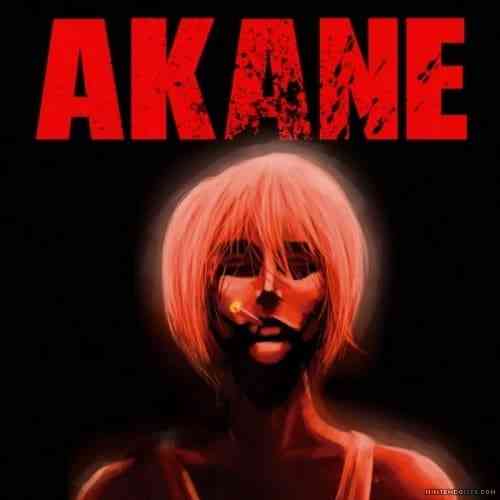