snakebyte is Building Sweet Towers Out of Your Game Collection

Look Upon My Works, Ye Mighty, and Despair

There aren’t many ways to show off your game collection. You’re pretty much stuck with shelves, unless you want to pile all your games in a dragon-style hoard in your room. Thankfully, snakebyte has released a charging tower that offers a much cooler alternative with no need for any hoarding or piling. On top of that, you can charge your controllers with it! 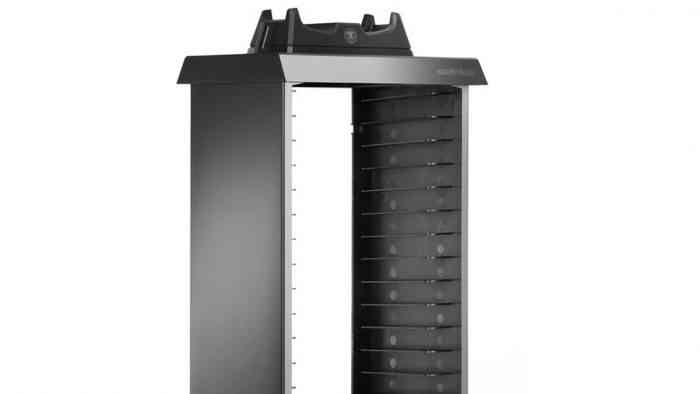 The Charge:Tower and Charge:Tower Pro allow you to arrange 15 games and a couple of controllers in a tasteful display that’s both useful and imposing. Hell, if you had four of them, you could make a fortress-style setup with your entertainment center at its core. A gaming castle, if you will.

Both versions come with a pair of USB ports for plugging in controllers, while the Pro version has a detachable charging dock that fits on top. With a pair of controllers plugged in, it looks even more like a fortress battle station! Yes it costs a bit more, but isn’t it worth it to shore up your living room’s defenses with an extra guard post or two? You can order both versions of the Charge:Tower here.

Destroy All Humans Review – E.T. Please, Go Home
Next
Call of Duty: WWII Is Receiving a Complete Divisions Overhaul in Just a Few Days
Previous
Josef Fares Already Working on His Next Game