The Skylanders franchise is the one that started it all for the “Toys-to-Life” genre. It was a risky move, developing a new IP with figurines that, when placed on a “portal”, came to life in a game; however, that risk was rewarded as Skylanders is the number one franchise in this category. That said, Activision has a lot of competition now, with Disney on their third game of their series, Disney Infinity and Warner Bros. entering the market with LEGO Dimensions. In an effort to freshen things up, Developer Vicarious Visions has added a totally new gameplay element to the Skylanders franchise: vehicular gameplay. Yep, Skylanders SuperChargers adds land, sea and air vehicles to the gameplay mix, and for what it is worth, it adds a lot making this latest Skylanders game yet another entry into the franchise worth owning.

This year’s entry into the world of Skylanders includes 20 new Skylanders, 8 of which are identified as “fan favourites” and have been given new weapons and upgrade trees. There are also 20 vehicles. Although the 20 vehicles are broken up into land, sea, and air, there are a wide variety overall, from submarines, speedboats, race cars, tanks, construction vehicles, jets and helicopters to name a few. Having such a wide selection of vehicles allows for many different forms of vehicular gameplay for fans to experience such as stunt tracks, racing, and even rescuing characters found within the game. You’ll spend hours using these vehicles, which is great as it adds to the on-foot exploration and mixes things up to keep the game interesting. 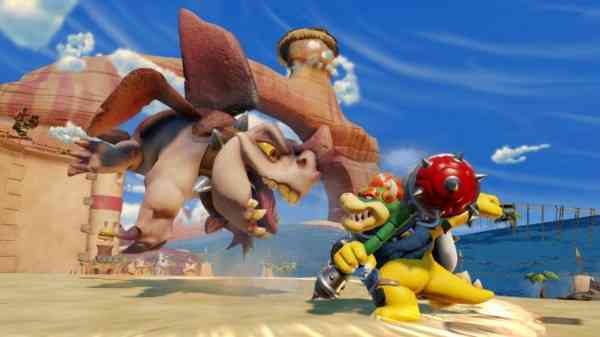 You can also change parts on your vehicle as you play. These are parts that you see during a ‘Showcase Moment’ when you first put a vehicle on the portal. At any point in the game you can swap out mods for specific parts of your vehicle that have different stats, such as durability, handling, strength, speed, etc. You’ll find mods in mod-chests throughout the game world. If you have a vehicle and Skylander that match – a supercharged pair – you will supercharge the vehicle when using it. This version of any vehicle is “over the top” and very unique and you’ll deal more damage and have more health when using the vehicle during the vehicle stages. This spiff carries over when your character is on foot.

For those worried that SuperChargers only focuses on vehicles, don’t worry, the game is about 50% vehicle and 50% on foot. The on foot stages are classic Skylanders fare too, from platforming to solving puzzles to exploring every nook and cranny for secret areas and items. I am glad there was a nice mix of gameplay elements as the spilt allows anyone to who plays to enjoy the mix. The vehicles add a whole new dynamic, but they didn’t just focus on this new aspect as you’ll still be doing what Skylanders characters are known for, running around a level, battling enemies, and searching for hidden items. I should note that my daughter, who is not the best gamer in the world, had a bit of a problem adjusting to driving the vehicles, but in the end she was able to grasp it. Just something worth mentioning in this review.

I don’t want to get too much into the story as I don’t want to spoil it, but for those looking for a tidbit or two; Kaos is back once again and has created his ultimate weapon yet, the Doom Station of Ultimate Doomstruction. Master Eon, Flynn, Cali and Hugo are prisoners of Kaos and you are tasked to defeat Kaos, rescue your friends, and save the world of Skylands once again. As you make your way through the story there is a twist or turn too, and overall everything plays out pretty well. It’s an enjoyable story and the whole family will enjoy it. I will be honest though, when are we going to be rid of Kaos once and for all? That being said, he’s a resilient little guy that is for sure.

“If you are looking for a game that not only kids, but the whole family can enjoy, then you’d be crazy not to pick up Skylanders SuperChargers this year.”

As with most Skylander games, you can play the entire game from start to end with just the toys in the starter pack, which allows you to access ‘critical paths’ to finish each level. Other characters and/or vehicles, which are not included in the starter pack, allow you to access other routes or areas of each level, but they are not mandatory. All the previous Skylanders figurines from previous games are backwards compatible too. You can also use the previous Skylanders to pilot or drive any of the vehicles.

Speaking of gameplay, SuperChargers has a lot of it. From the 52 chapters (levels) to the amount of in-game collectibles, you can spend A LOT of time playing; it just really depends on what you wish to get out of the game. You can choose to just run from start to finish without taking in the ‘scenery’ and looking for all each level has to offer, but where is the fun in that? You’ll want to search for all the treasures, charms, soul gems, legendary treasures, hidden mods, luck o’ tron wheels, keys, health, coins, Skystones, hats, etc. I am always amazed when I play, or when I watch my kids play, at all the secret areas that you can stumble across and what kind of extras/collectibles you can get.

SuperChargers has some great cooperative and multiplayer experiences. From being able to go through each level with a friend, or fellow family member, race against someone locally, or, for the first time in the franchise’s history, you can head online as you can race up to three other Skylander fans. In regards to the cooperative aspect, you can’t have two characters and two vehicles on the portal at once, so when you do play cooperative only one person drives, while the other gets to shoot. Regardless of the lack two vehicles, playing couch co-op with friends, or in my case with my kids, was fun, and that is all that matters. The online racing is fun too, and my kids really enjoyed it. Online was pretty smooth. The only downfall is that you can only race with human opponents. It would have been nice to have empty spots filled by AI racers. 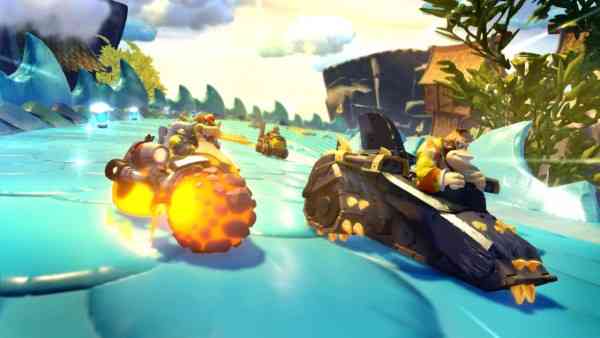 Given that I got the Wii U version to review, it’s worth noting that there is some incentive for Nintendo fans to pick this game up for their Nintendo specific console. Nintendo has teamed up with Vicarious Visions and created dual use Skylander figurines, as Donkey Kong and Bowser figurines are not only playable as Skylanders in the game, but they are also Amiibos. With a small twist of the figurine’s base, they go from Skylanders to Amiibos and back again. It’s pretty damn cool too, as being able to play as Donkey Kong and/or Bowser, and drive their character specific vehicle, adds some charm to the game. Donkey Kong is found in the Wii U Starter Pack and Bowser is found in the 3DS Starter Pack. These two character inclusions into the world of Skylands is pretty damn cool and given the fact you can use them as Amiibos it makes them very useful.

SuperChargers presentation is solid, and is yet another highlight of the game. The visuals are great and once again it seems to have that Pixar movie quality to it. I continue to find myself amazed with how the visuals just continue to impress each year. The game uses the in-house developed Alchemy Engine, which was first developed for Swap Force, and it looks better than ever. Some of the levels have a very large scope and feel, and even when there is lots of action on screen the game didn’t seem to miss a beat. I can’t count how many times my daughter said “Hey dad, look at this….” and showed me something she was simply wowed by. The game looks good on the GamePad’s screen too, for those that want to play using the Wii U’s Off-TV mode. As with the visuals, the sound is just as solid. All the original voices that have been introduced throughout the various games in the franchise return and the game’s music has that adaptive feel and sound to it. It’s always amazing to see how the music blends into what you are doing on screen, and it adds to the overall feel of the game.

At the end of the day Skylanders SuperChargers is yet another great entry into the Skylanders Franchise. Personally, I was worried that the series might get stale, but Vicarious Visions has whipped up some “Portal Magic” by adding vehicles into the gameplay mix which allows for the game to not only be fun, but also show that there is a still a lot of life left in the franchise. If you are looking for a game that not only kids, but the whole family can enjoy, then you’d be crazy not to pick up Skylanders SuperChargers this year. Of course the Nintendo specific characters that are available for Nintendo branded consoles are an added bonus for Nintendo fans, as who wouldn’t want to play Donkey Kong and Bowser in the Skylanders Universe? 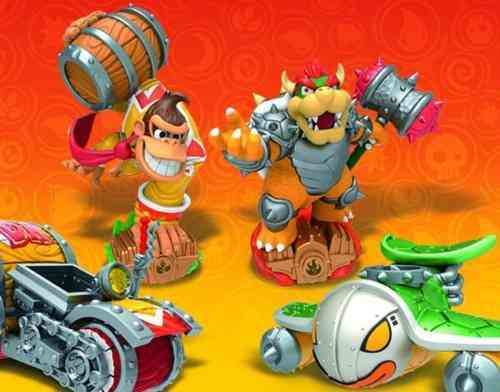