Falling damage is only a concern if you have to eventually hit the ground. The goal of Euclidean is not to. The first title from indie development team, Alpha Wave Entertainment, it’s ambitious in some way: the environments and monsters aren’t something that could easily transfer to any other type of game. And unambitious in others: it’s a short game at a small price. So far as establishing themselves as a creative new indie games maker goes, Alpha Wave Entertainment has done a superb job. But, whether their atmospheric game about falling feet first into an inescapable void of doom, gloom, and mayhem is your thing is likely what’s going to divide players on Euclidean.

The title, Euclidean, is a strange choice; given that the imagery evokes HP Lovecraft’s visions of non-euclidean geometry. Particularly, that of R’lyeh (that place where Cthulhu is snoozing, for those unfamiliar with the mythos). Your surroundings, once you are lifted into the sky by an angry jiggling moon don’t bear any resemblance to the geography of reality, beyond the squares, circles, and triangles that make up the forms of most enemies that wiggle and slither through the bleak empty space between you and bone shattering, floating islands of pain.

The goal here is to avoid it. All of it, enemies and firm ground both. You want to slip around enemy patterns, while keeping an eye on every which way they can come at you from. Also while trying to actively avoid clipping a floating rock or spiral staircase on your way down. And your descent is slow, so maneuvering out of the way of enemies and obstacles is less a matter of reflexes and more that of well thought out planning or the experience of several previous deaths. Like Dark Souls, don’t be afraid to die, it’s utterly inevitable. It takes a death or two to understand the rules and bounds of your existence in freefall, anyhow. Movement is slow, even in drifting from side to side, and your only other action is to briefly fade from existence and through anything standing in your path. Your fade ability recharges at a rate dependent on your chosen difficulty, and is indicated as ready by your glow in the dark skeleton shifting from a shade of Christmas red to radioactive green. This is a game played entirely in the first person perspective, maximizing on the sensation of perpetually falling through molasses for anyone utilizing the VR support.

“It’ll take you roughly an hour to get to [the end game], unless you are inexplicably skilled at falling (for some equally inexplicable reason), and there’s no real replay value beyond going for a flawless playthrough.”

The atmosphere is what Euclidean manages best. It’s tense. Your slow descent, coupled with the unnatural sounds that make up the soundtrack are eerie, isolating, and leave you all too vulnerable. Your only company on the way down, is a disembodied voice who characterizes your environment while attempting to convince you to give in with all the effort of an Elder God of laziness. It’s perpetually one line away from saying, ‘Come on! You know you wanna.’ But, for breaching the inescapable descent into coloured fog and grime and the music out of an industrial metal band’s sound board, I found the voice rather comforting.

The ending is vague, playing on the sense of the unknown with all the conscious effort to emulate Lovecraft in place. It’ll take you roughly an hour to get to this point, unless you are inexplicably skilled at falling (for some equally inexplicable reason), and there’s no real replay value beyond going for a flawless playthrough. But, the game is priced to match the experience at just over $5. If you’re looking for a brief but genuinely tense experience in planes of existence beyond our own, give it a try. If you’re looking for a game to go with it, you might be better off elsewhere. 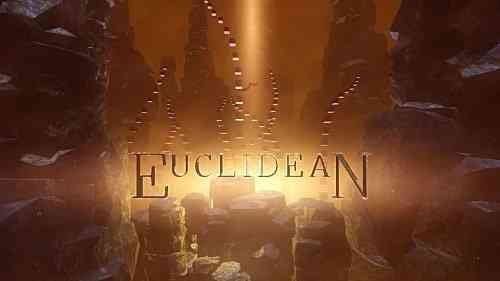